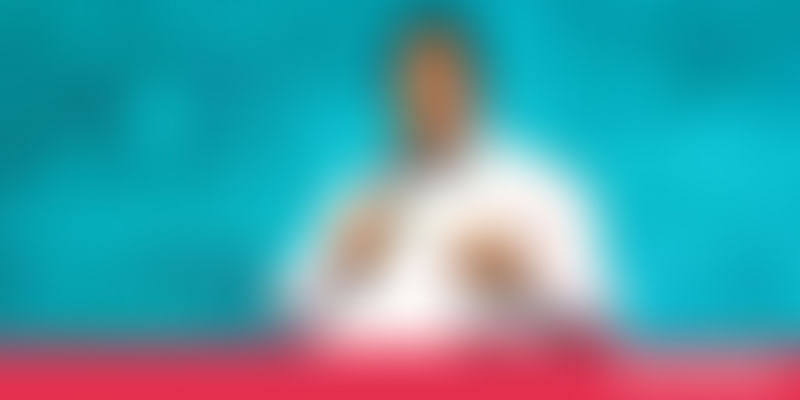 At one point, people challenged Vijay Shekhar Sharma saying he was failing to raise funds. Today, Paytm is among India's most well-funded startups with superstar investors like Warren Buffett and Jack Ma.

Vijay Shekhar Sharma, Founder & CEO of Paytm, is a star. He really is.

Whenever he is called on to speak at an industry forum, he commands undivided attention and is welcomed with deafening applause - the kind that is usually reserved for Bollywood celebrities or sportspersons.

At TechSparks 2018, it was no different.

VSS, as he is popularly known, unsurprisingly, attracted the largest crowd. Even as he takes the stage for a fireside chat with YourStory Founder and CEO Shradha Sharma, one can sense that he's brimming with energy. It is infectious enough to get a packed-to-the-brim auditorium roar for him in unison.

VSS takes over the mic and goes,

“Are you all cheering or hooting?”

The star had taken centrestage. In the hour that followed, he would go on to regale his audience with sharp witticisms, interesting anecdotes, tonnes of Jim Morrison quotes, and other bits of motivation and profundity.

By the end of what is not just a talk but almost a performance, one realises that the man who has built one of India’s most powerful internet companies (which counts illustrious names like SoftBank, Alibaba and Berkshire Hathaway as investors), is, at his core an emotional soul and takes everything to heart.

He might have been able to achieve what he has because, by his own admission, “woh baat maine dil pe li”. VSS doesn’t forget what naysayers tell him.  That is what keeps him going and makes him scale unimaginable heights.

While Paytm (now valued at $12 billion) continues to go from strength from strength, VSS is never content. “Many say it is an underestimation. We should have been at some x billion,” he says.

However, he is quick to acknowledge the “once-in-a-lifetime opportunity” that knocked at his door. “I do not think my rigour or energy is any different from anyone else’s in this room. It’s just that I recognised my opportunity,” he says, adding:

“You cannot fear the big companies, and give away your opportunity to someone else on a platter. If you are ready to fight the war, let me tell you there are 10x more resources available. So, if you don’t take the chance to go big, you are definitely going home.”

‘Go big or go home’ is a VSS coinage that is now viral in India’s startup circuit. People recognise it almost like a popular Bollywood dialogue. And VSS is acutely aware of this. He times the line to perfection, and delivers it with a flourish befitting a maestro. His candour and humour have warmed the room on a particularly damp Bengaluru morning.

When Shradha mentions his small-town origins, which makes his journey all the more remarkable, VSS says, “It is a validation of the country's opportunities, and of our commitment. It doesn’t matter which part of the world you come from. We are not the back office for the world, dammit! We are THE office of the world.”

“We have to think that we are #1 in the world. The day we think like that, the world changes for us. No IBM could stop Microsoft. No Microsoft could stop Google. No Google could stop Facebook. Nobody can stop you. That is what you should think.”

With success comes responsibility. With bouquets come brickbats. VSS, like most prominent personalities, is no stranger to them. He is regularly attacked on social media for being vocal on a variety of issues. The trolls come in all shapes and sizes. “So, how do you deal with all this?” Shradha asks.

“Apun patthar hai, nahi tootega,” VSS says. (I am a rock, I'm not going to break.) “There are always people in the world whom you have to mute, block and ignore. I do the same.”

In the middle of all the light-heartedness, VSS shares that Paytm is keenly following the deep tech space. The growth of AI, machine learning, analytics interests him. “We are scaling in these areas. If you have any idea, then mail me,” he tells an audience full of budding entrepreneurs.

For him, every idea is worth looking at. The audience is pumped when he signs off: “I went to a school where they didn't wear a chappal. I always root for underdogs. I want to be the biggest underdog story of this country.”

YourStory's annual extravaganza TechSparks brings together the best and the brightest from the startup ecosystem, corporate world, policymakers, and, of course, the investor community. Over the years, it has grown to become India's most loved tech and startup platform for knowledge sharing and networking. The ninth edition of TechSparks also marks YourStory's 10th anniversary. A big thank you for all your support over the years and keep reading and watching YourStory.