The Jio effect - India is speaking to Bharat, and in local languages 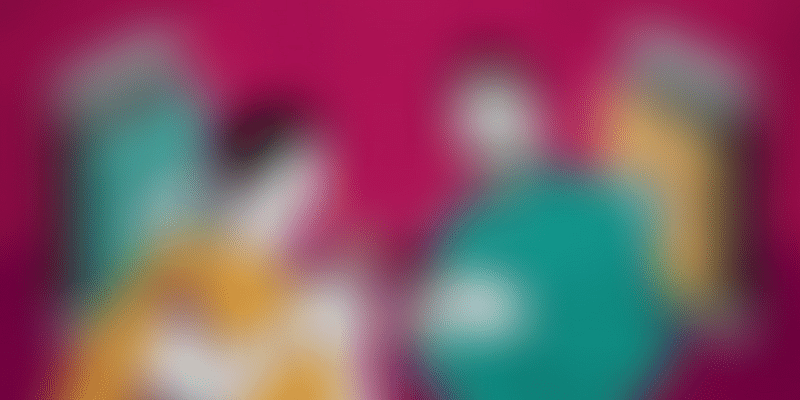 The new internet user – that’s the buzzword in Startupville over the past few months, and it comes accompanied with ‘the Next Billion’ and ‘Bharat’.

Everyone – from ecommerce players to edtech companies, from news aggregators to information platforms – is enamoured, and looking to cash in on the next set of customers – Indians logging in online for the very first time, and to be sure, they don’t speak English.

The other day, an autorickshaw driver proudly showed me his smartphone and the video of his favourite Tamil movie star. “In Bengaluru’s traffic, instead of simply standing at one spot, it is easier to read and see videos,” he explains.

That’s when I recollect what I heard in passing at a startup conference, and it all makes sense; “They will buy packages in bundles like (Reliance) Jio - with content, entertainment and shopping - and are different from the urban consumer, they are next 500 million.”

Call it the Jio effect, but Indians are loving the internet – so much so that internet usage in India can be labelled as the pre and post Jio era. How it did this was simple – Indians love things cheap with lots of ‘free gifts’ and offers, and Reliance Industries them gave just that!

According to a TRAI report published last month, the total number of internet subscribers touched 512.26 million as of June 30, as compared with 426 million in 2016 before the launch of Jio. Of these, close to 95.78 percent were accessing the internet through their mobile phones.

Reliance Jio held 42.02 percent share of the internet subscriber base with 215.25 million consumers as of June this year. And this is where the key to Bharat lies. Reports suggest Jio’s subscriber base is likely to touch over 400 million in the next two years. Jio, in addition to internet services, also launched its own smartphone, which had sold 25 million units as of June 2018.

Over the last one year, as internet connectivity has become cheaper and data speeds have increased, there has been a spurt of Indian language content on the internet, and OTT platforms. And it is not just startups that are looking at this ‘new’ audience. Giants Google and Amazon have been making attempts to tap the ‘new internet users’ with content in local languages and with a stronger focus on voice commands.

The reason is clear - only 10 percent of India’s massive 1.3 billion population knows English, and yet all major online platforms – Flipkart, Amazon, Myntra, Paytm, support only one language - English.

Even as Jio prepared for launch in 2015, there were murmurs for the need to serve a yet untapped market. A handful of companies were launching local language websites and apps, and while the intent was there, the push was missing. Enter Jio and now, according to Google, 536 million internet users in local Indian languages are set to log in to the internet by 2021.

When Jio launched, its services were free for all users. This included unlimited data, free calls, videos, WiFi and Jio Apps. Data rates started from Rs 19, and monthly rentals as low a Rs 149. In comparison, Airtel was then offering 2GB data (1GB of 3G or 4G plus 1GB at night) for Rs 259 in its pre-paid pack.

“When Jio launched, I remember finding out where I can get the data and the plan. My son who lives in another city kept telling me how he uses the mobile for messaging and Whatsapp. I wanted to communicate with him on Whatsapp,” says my domestic help.

Reliance Jio entered the market with a distinct advantage. It has over 2.7 lakh km of fibre optic cable, while the then largest player Airtel, which had been in the market for over a decade, had 2.1 lakh km. Reliance Industries, had, in fact, begun working on the infrastructure in 2013.

“In the past one-and-a-half years, we have gone through a telecom revolution. Other telecom operators too have begun offering carry-over of the mobile data. And free data, this opens the market up to vast majority of new internet users,” says Mayank Bidwatka, co-founder Vokal, a peer-to-peer Indian language content generation platform.

And it doesn’t stop there - if reports are to be believed, messaging giant WhatsApp has designed a new version of its app for the JioPhone.

And my autorickshaw driver is hooked. “I have seen many passengers use the internet; they read and send messages. Today, I use it too, and understand what the fascination is.” The festival season is here, and I ask him if he would shop online. “Maybe,” he says, “The other day my friend was showing me a few websites I can buy clothes from, and maybe a new phone too.”

Sanjay Swamy, Managing Partner, Prime Venture Partners, says, “The Jio effect has shown us one thing - we indeed are a large market. Local digitisation is no longer a distant dream like it once was; it has happening faster than we ever imagined.”

“Language is the first step to break into a market like India. Once that is broken in, you have at least 700 million to 800 million users. That base is massive. Getting to pay is another matter, but it is like a goldmine that nobody wants to miss,” explains an analyst.

Adding to this, Mayank says information is always the first thing that people come to the internet for, and other requirements just follow. This is possibly what has the Chinese interested in the Indian content market, says Shradha Sharma, Founder and CEO, YourStory, in her article Bharat Ek Khoj. For the Chinese, India is the new frontier. Also, let’s not forget that China’s internet market is reaching maturity at a very rapid pace, with its 730+ million mobile internet users. Looking out for new frontiers is but natural.

Amazon and Google have already acknowledged they need to not just focus on shoppers from Tier II and Tier III cities, but also merchants from the region.

Recent festival sales by ecommerce majors stand testimony. A report by RedSeer Consultancy says the e-tailing industry generated a whopping $2.3 billion sales over five days of festival sales. It adds e-tailers this year have already recorded the highest ever sale performance. Over 80 percent of new customers for Amazon's ‘The Great Indian Festival’ sale came from smaller cities and towns.

Further, our cultural diversity means a lot of puns, memes and video content is culture-specific and far more disparate in nature than anything in China. The 450 million Hindi speakers are twice as big a market as India's 220 million English speakers.

“With the new growing customer base, and the fact that it has opened up in urban India, the rural India market is just the next step,” explains an analyst. He adds that Jio showed consumers in Tier II and III markets that good quality content, and even shopping can be accessible.

While different startups like DailyHunt, Vokal and Sharechat are betting on one thing - the Indian language content that caters to the new internet users. The challenges are actually building that content. Many use the user generated content mode.

Vokal is a user-generated content platform that allows one to learn from others. Most non-English speaking Indians today need to either rely on family and friends, or a few content platforms.

Individuals can come on Vokal and ask any question that they want, which in-turn are answered by other users. The app comes in with the options of voice and text. The platform also has a Google voice to text option. The answers can also be given anonymously.

The search engine optimisation in Hindi is different when compared with English and voice to text isn’t as accurate. “If you switch to Hinglish or talk too fast, the typing will be inaccurate, so yes, it has its challenges,” says Aprameya.

It therefore means working on different machine learning and AI technology models that work with Indian accents and texts.

While these shifts are seen and being made, it will be interesting to see how this market actually begins to perform. “It needs consistency, time and patience,” says an analyst. So, the one who has all three in abundance, along with the capital might just be able to crack it.