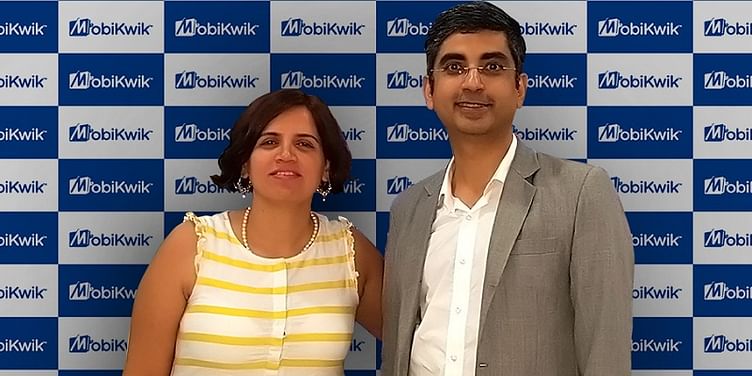 With the launch of this category, MobiKwik claims that its users can buy and sell 99.5 percent pure, 24 carat gold on the app, starting at as low as Re 1.

Digital financial service platform, MobiKwik, on Monday announced the launch of digital gold on its app.

According to a press release, the launch is in line with the brand’s commitment to offer the entire gamut of financial services and is another offering in the fintech portfolio by MobiKwik, after lending and wealth management.

With the launch of this category, MobiKwik claims its users can buy and sell 99.5 percent purity, 24 carat gold on the app, starting as low as Re 1.

MobiKwik has tied up with "SafeGold", a digital platform that allows customers to buy, sell and receive vaulted gold. MobiKwik has created a separate category called `Gold’ on its app.

App users have the liberty to buy any amount of gold and sell it any time post completion of 24 hours of purchase. The users have an option to buy or sell gold in terms of rupees or in grams. Post the purchase, the gold will be added to the customer’s ‘MobiKwik Gold’ account. In case of selling the gold, the customers will have an option of choosing either the MobiKwik wallet or Bank account linked via UPI for the transfer of money. The customers will also have a view of the gold price trends over the last few weeks on the MobiKwik app.

“This is an auspicious time for us to launch ‘Gold’ category. We have already sold 7 kilogrammes of gold in the first 15 days, in the limited release of the version, without any promotions. We are extremely bullish on gold as a category and we have set a target of selling 1 tonne of gold in FY 19-20. We will be adding new offerings to this portfolio, in partnership with renowned brands in the industry,” said Upasana Taku, Co-founder and Director, MobiKwik.

Paytm launched its gold offerings in July 2017 with a customer base of 1.5 million. On the other hand, Bengaluru-based Phonepe was launched in December 2017 with approximately two million gold customers. While Paytm has transacted around 800 kg of gold via the app, PhonePe has sold 250kg of gold.

“Our objective for launching gold was to inculcate a daily saving habit amongst our users. MobiKwik app users can now buy gold for as less as Re. 1, and hence, they do not have to wait to save thousands of rupees to be able to buy physical gold from offline stores. Also, it is very simple as well as convenient and any customer can buy or sell gold within 60 seconds, via the MobiKwik app,” added Upasana.

Gurugram- based Mobikwik claims to have a network of over 3 million direct merchants, over 140 billers and over 107 million users. It has recently ventured into credit with the launch of its instant credit product called ‘Boost’. MobiKwik has also announced its foray into wealth management with 100 percent acquisition of Clearfunds, one of India’s leading new age wealth management platforms.