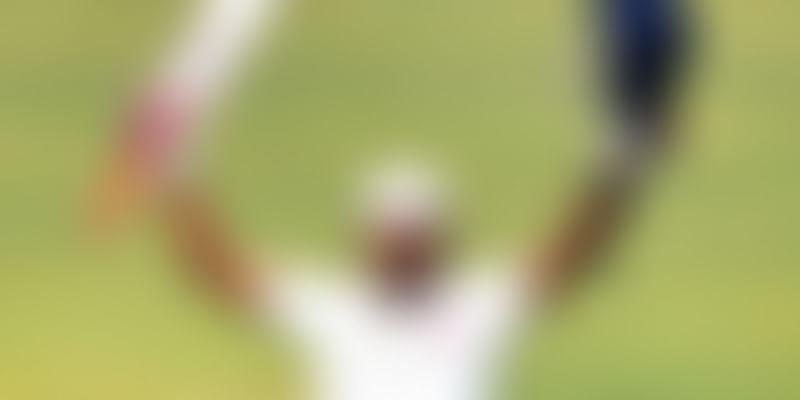 18-year-old Prithvi Shaw entered the cricket record books by hitting a century on his Test debut against West Indies.

A decade ago, almost no one would have thought that an 18-year-old boy would score a century in his debut match in an international cricket. But master blaster Sachin Tendulkar had predicted that young Prithvi Shaw would play for India one day.

This prediction came true in a glorious way. In the ongoing two-match Test series at the Saurashtra Cricket Association stadium in Rajkot, Prithvi, who is 18 years and 329 days old, opened for India. In just 99 balls, he scored a century on day one and became the second youngest Indian batsman to score a ton after Sachin.

The master blaster himself was only 17 years 112 days old when he smashed his first Test match century in 1990 against England at Old Trafford.

After K.L. Rahul’s dismissal by leg-by-wicket (lwb) for a duck by Shannon Gabriel, Prithvi, and Cheteshwar Pujara took the lead and reached a double hundred partnership and added 206 for two wickets.

In total, Prithvi scored 134 for 154 balls with 15 fours and was caught out by the bowler Davendra Bishoo. This match also makes him the seventh youngest centurion.

However, this is not Prithvi’s first century in a debut. Long before today’s match, the young batsman had scored a ton in both his Ranjhi and Duleep debuts. Before his Test debut, he led the Indian U-19 cricket team to victory in the U-19 World Cup earlier this year and scored 261 runs, making him one of the highest run-scoring captains in the history of Indian cricket.

In 2013, at 13, Prithvi smashed a mammoth 546 runs in a Harris Shield Elite’s division match, which made him the only batsmen since 1901 to score such an amount of runs in any form of organised cricket.

According to ESPN Cricinfo, there are only three players younger than Prithvi who have scored centuries on their Test cricket debut. Bangladesh’s Mohammad Ashraful (17 years, 61 days) is the youngest batsman to score a ton in a Test match against Sri Lanka in Colombo in 2001.

Prithvi’s century today makes him the youngest Indian player to score more than 50 on a Test debut, beating former Indian cricketer Abbas Ali Baig’s record who scored 112 against England at Old Trafford in 1959 at the age of 20 years and 126 days.