Meet Ravi Kalra, the man who has cremated 6000 unclaimed bodies 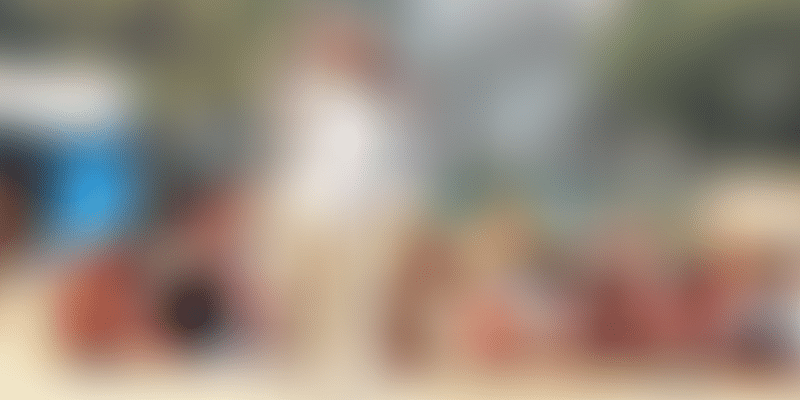 On the streets of Delhi, an unclaimed dead body attracts attention. Apart from a few whispers and looks, no one steps into help.

Social activist Ravi Kalra is the only person to step into the picture, and make arrangements for the last rites for a life, he knew nothing of, until that moment.

This, however, was not a one-off case of help rendered, The founder of the non-profit The Earth Saviours Foundation (TESF) Ravi has made arrangements for the last rites of 6,000 unclaimed dead bodies, so far. His internationally recognised NGO provides shelter and care to citizens (children and adults) left on the streets, senior citizens abandoned by their family and those suffering from physical and mental disabilities.

Based in Gurugram, TSEF is home to 500 such senior citizens.

Born and raised in a middle-class family, Ravi has many achievements to his credit. He acquired the prestigious level 4th Dan black belt in Taekwondo Martial Arts in 1987. Over the years, he became the President of Indian Amateur Taekwondo Federation. He has trained soldiers from 43 different countries, in the art form. Inspite of a glorious career in martial arts, he found his true calling when he saw a child scavenging food from a dustbin. Moved by this incident, he set up his non-profit to serve the society.

Apart from the elderly, TESF accommodates a rehabilitation school for underprivileged children, and offers medical and material care for the physical and mental challenged, and even HIV-AIDs patients abandoned by society.

In a recent post on Facebook, the non-profit shared an incident where it helped reunite a 90-year-old with her family. It said,

“We have been successful in reuniting Anaro Devi, 90-year-old woman with her family on Senior Citizen’s Day - October 1, 2018. She was admitted to our Gurukul by Manesar Police (women’s cell) on August 19. With the help of Zipnet.in (Zonal Integrated Police Network), a dedicated team of our Gurukul was able to find her lost family,” read the post.

Gurukul is the shelter run by TESF. In a conversation with Edex, Ravi said, “At first, we used to rescue these people ourselves, now the police also bring them to us"

A shelter home that was built for 200 people, now accommodates 450 people.

Ravi is now working on the construction of the world’s largest charitable temple, which has an in-house hospital, police control room and can accommodate a thousand people, says The Better India.