[Tech30] What if you could order an app to obey your commands (in your own language)? Slang Labs is doing just that 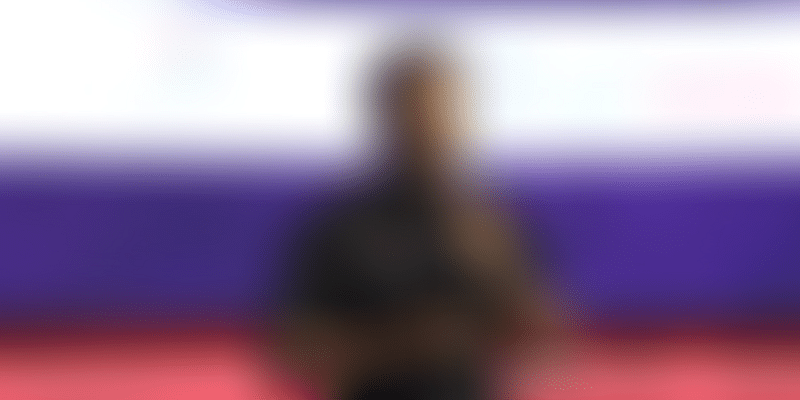 Second-time founders have a certain edge. Especially if their first outing was a successful one. Peers know (and either secretly or openly admire) them, and investors keep an eye on what they are up to. Yes, there is a certain pressure to perform but, clearly, Kumar Rangarajan, Giridhar Murthy and Satish Gupta thrive on it.

The trio took the stage as Slang Labs, YourStory’s chosen TECH30 at the 9th edition of TechSparks. For Kumar and Giridhar, this was the second time they were included in the TECH30 list. For those who don’t remember, they were the founders of Little Eye Labs, which went on to be acquired by Facebook in 2014. Satish too was part of the founding team.

“When we met YourStory in 2012, Shradha (Founder and CEO, YourStory) liked the idea of our product, but we hadn’t yet built it. She told us that if we could build it in a month and get real testimonials for the product, we could pitch at TechSparks. That one month was crazy for us; we hustled our way into building the product and meeting people, it was an experience,” recalls Kumar.

With Slang Labs, the journey is different. The buzz about Kumar, Giridhar and Satish’s has been getting louder ever since it raised Rs 8.12 crore from Endiya Partners.

Slang is a voice-to-action platform that allows app developers to add a natural voice interface to control their apps via voice commands. The decision focus to build for voice came with the launch of Amazon’s Alexa, says Kumar. Everyone had taken to it with absolute ease, he says, adding even his seven-year-old didn’t need any training.

“One day I heard a snippet of a music on Alexa, and I instinctively purchased it. Another time the music was loud in my car, and my daughter just asked Alexa to lower the volume. It was then that I realised that voice was instinctive.”

The co-founders realized that voice could break down a lot of barriers in technology. For instance, there are millions of people who are first-time users of mobile phones (or smartphones) and traditional visual interfaces may not necessarily work for them.

“What if you can speak to your app? That is where we got the tagline - a word is worth a thousand clicks. The idea is to add a layer of voice and bring visuals. If you want to buy a pizza, we don’t read out a menu, you ask for pizza on voice, and get visuals for the pizzas. You just call out what you want looking at the visual,” he explains.

Speaking out what you want is significantly faster than navigating buttons and menus and filters, explains Kumar.

Kumar, Giridhar, Satish and Aditya Kulkarni (also a Co-founder of Little Eye Labs) had moved to the US after the startup was acquired by Facebook. Four years later, once they hit upon he idea of a voice-driven interface, they were clear that they would start up in India.

This time around, starting up has different. “(Earlier) we would do everything ourselves and the focus was on everything. With Slang, there is slightly stronger focus on what we need to do ourselves, and what parts need to be outsourced," says Kumar.

There are pitfalls too. He says, often, co-founders feel they know everything. “It can be dangerous because you unconsciously start planning basis what you know, but that might not necessarily work,” he points out. Hiring, therefore, is easier this time.

For Slang Labs, the team is building a SaaS-based business model where an enterprise will be charged based on the number of times the experience is used. The first 10,000 transactions are free, after which there are transaction slabs priced at Rs 1 lakh, Rs 3 lakh and Rs 5 lakh.

Enterprises who can use this include those whose apps have a lot of functionalities (e.g. telecom providers or aggregators of multiple services) who want to simplify their user experience.

The love for coding

Walking down memory lane, Kumar says his love-affair with technology began in the third year of college when he got a book on coding in Pascal. “I was an engineering student at Chennai’s Bharat Engineering College,” says Kumar. An average student so far, Pascal soon became an obsession.

“It was a completely deep and maddening love. Something inside flipped, and it was like a whole new world opened up in front of me. I would carry that book with me everywhere, eat with it and sleep with the book under my pillow. From my third year onwards, I became a nerdy guy, who would passionately argue with my professors,” says Kumar.

Kumar went on to work at HP and then Rationale, where he met the co-founders of Little Eye Labs. “Titles just didn’t matter, it is then I decided to join S7 Computers. In 2010, the company got acquired by IBM and became a product company. During this time, Giridhar who was with me at Rationale, dropped an email saying the product we all had worked on was being sold,” says Kumar.

They wanted to buy the product, but it alone had a revenue of $25 million a year and wasn’t something the four co-founders could do. “It nevertheless kickstarted the notion of starting a company,” says Kumar.

From there on, as they say, there was no looking back.

“We wanted to understand how well self-serve works for the Indian market. There are several self-service platforms in the west, but one that is purely built in India is rare. Also, the product itself has its own steps. Building a tech on a voice base is tough, and it needs to be built on top of an app,” says Kumar.

He believes voice is the future of all transactions and with Slang Labs is raring to change the way India uses its voice.