[Product review] Is the Amazon Echo too smart for its own good? 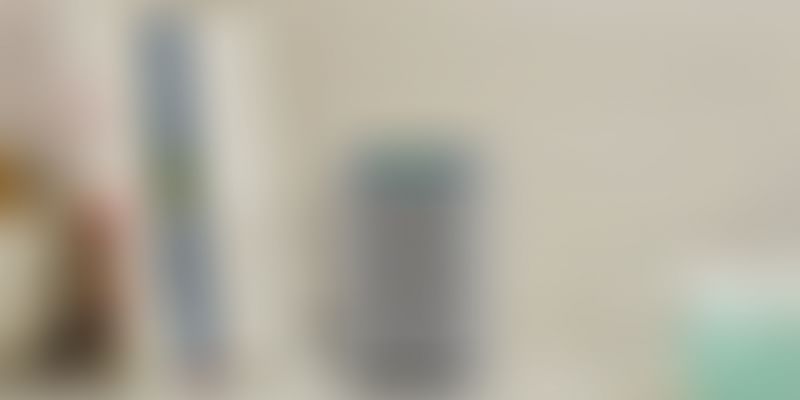 The Amazon Echo speakers are packed with a host of features, but will the average Indian customer actually use all of them?

Just before the festive season began, Amazon released two new smart home devices: the third-generation Echo Dot and second-generation Echo Plus. The global ecommerce giant was the first mover in the smart home market with the Amazon Echo range of products featuring the Alexa digital assistant. However, with the release of the Google Home series, Alexa faces fierce competition from the Google Assistant.

It's Diwali and with digital assistants being all the rage this year, is the new Echo worth buying for the average Indian consumer? Here’s the lowdown after a week of using both.

Compared to their predecessors, both the Amazon Echo Dot and Echo Plus swap out their metallic outer shell for a more matte outside made of fabric. Once activated, the top of the speakers light up in bright shades of blue that go well with the three available colours (black, grey and white), which means they fit right into any home without looking tacky or out of place.

Alexa’s default language is set to English (India). She speaks in a rather strange “Indian” accent that is hard to place but is still fairly understandable and coherent. Through the Alexa app (which you need to download), you can change the language settings to different types of English and even to a few other languages. (Note that some skills are not available in all languages). And if you switch to US English, the “American” Alexa may not understand instructions given in an Indian accent.

Music: For music, the only two streaming services that Alexa can use on default are Amazon Music and Saavn. So, if you use Wynk, Gaana or Apple Music (or even Spotify, somehow), you’re out of luck. For best results, if you’re going to buy any of these devices, you should get an Amazon Music or Amazon Prime membership if you don’t already have one and blast your playlists. There is a way around, though: Connect your Echo device via Bluetooth and stream from any music service, as you would with a normal Bluetooth speaker.

The audio quality on both devices is phenomenal. They deliver sharp, crisp and clear sounds at all volumes. Even at the highest volume (10), there is no audible distortion. The speakers are bass-heavy on default settings, so that’s something to keep in mind. However, this heavy bass does not drown out the music or the vocals, making the inbuilt speakers great for any music genre.

The volume range is also very broad, ranging from a calm, background music level to an in-your-face, loud party level. Overall, the inbuilt speakers are everything you could ask for.

If you own more than one compatible Echo device, you can create a stereo pair. This means that the two or more speakers will simultaneously play the same song. I found no sync issues and any two (or more) speakers function well together to give you a surround-sound, home theatre-type experience.

Audiobooks: Another cool feature about the Echo is that it can convert any of your Kindle books into audiobooks and read them out to you. It remembers where you stopped in one session and can resume from that spot onwards the next time around. This feature works remarkably well and is quite useful.

Alexa: If you didn’t already know, Alexa is Amazon’s digital assistant that comes integrated with all Echo devices. She’s very good with many things, but not so good with others. With simple general knowledge questions, she’s excellent, and answers swiftly and exactly. For example, you can ask “What’s the distance to the moon?” and you’ll get an accurate answer.

The problem arises with slightly more specific tasks. For example, she’ll completely fail if you don’t pronounce a song’s name in a very specific way, but most times this isn’t a problem as there’s only one way to pronounce most song names. But the problem of specificity spills over into a lot of other features. For instance, while she can provide you a flash news briefing (the latest news wrap from select news channels), she can’t give you news about specific topics. If you try to ask for that, she just ends up just giving you the flash news briefing anyway.

It’s not all bad though, as Alexa is fairly smart. If you just ask her to play music, she’ll probably play the kind of music you like, as Amazon claims she learns your tastes and preferences over time. So once you’ve had your Echo device long enough, Alexa will know what you like and wouldn’t mind listening to even if you’re vague about what you want to listen to.

Also Read: One year on, Alexa is the new ‘Desi Girl’

How smart is your home?

One of the most marketed features of the Amazon Echo devices is their smart home control. You can ask Alexa to do things like turning your lights on and off. The only glitch is that you’ll need to have a smart home (or at least smart lighting) to use the feature. And smart homes and devices aren’t exactly cheap. A Syska smart light 7W LED bulb comes in at nearly Rs. 1,600. Compare that to a regular 9W LED Bulb that costs around Rs. 150. You can also get smart plugs to control various appliances, but any one of these will set you back over Rs. 1,700.

In the end, while this feature is handy and will work as advertised, whether it is worth that extra cost is up to you, the consumer.

So…is it worth it?

There’s no denying that the Echo series is a great product line. It has an excellent build quality and great performance. It may not be perfect, but none of its flaws is a deal-breaker. It’s more convenient than using your phone or computer for a bunch of different things and has a lot of new and exciting features. Ironically enough, this may be its biggest shortcoming.

Condensing so many features into one classy looking speaker is no cakewalk. Along with all the hardware, the sheer amount of software that goes into connecting a speaker to every single smart device in a home, and then being able to command them with voice takes a lot of innovation. All this drives up the price of the final product. While the price of the Echo series is fair for the sheer technology it contains, the question is how much of it will actually be used by the average Indian consumer?

Like I said, “smartening” up your home is definitely not cheap. Most of us who buy the Echo are probably not going to go all out to indulge in the IoT trend anytime soon. So before you go ahead and buy it, do understand to what extent you will use the Echo. The average Joe is not going to be able to use all the features in this device since they’re not things you’d use on a daily basis. Still, Echo does have some cool party tricks up its sleeve, and for many of us, that’s enough. And if you think you can use all of the Echo’s features, you’re sure to get your money’s worth (and then some).