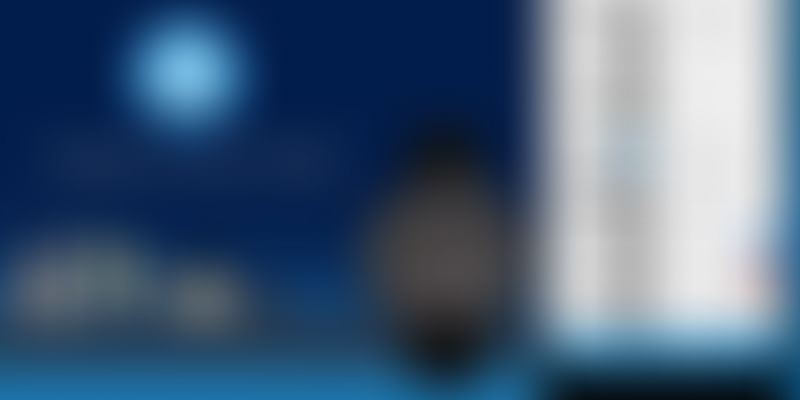 This two-year-old app, developed by Bengaluru-based Sigmoid Labs, has smoothened IRCTC services and travelling by train. What’s more, it functions without data connectivity and is the highest-rated travel app on Indian Android.

The Indian Railways turned 165 this year. It is not only the fourth-largest rail network in the world but also the most important mode of transportation for a nation of 1.3 billion and the largest employer in the country.

More than 20,000 passenger trains run on the Indian Railways network daily, and over 23 million people are ferried on both long-distance and suburban routes, data from the Ministry of Railways shows. In 2017-18, Indian Railways carried a whopping 8.2 billion passengers across 7,400-odd stations in India. Hence, any product or service that eases train travel is mostly welcome - on the passenger as well as the provider side.

Over the years, almost all aspects of train transportation - from ticket bookings, payments, and cancellations to on-board food ordering, grievance redressal, etc have been reformed by technological innovations.

There is, of course, IRCTC’s official app that counts tens of millions of monthly users. Then there are others like iXigo (backed by Sequoia Capital and SAIF Partners), RailYatri (backed by Nandan Nilekani), Trainman, Rail Madad, m-Indicator (a rage among ‘Mumbai local’ travellers), and others.

The Where Is My Train app, which lets you check live train status without internet connectivity, is a new addition to this segment.

It has notched up 10 million-plus downloads on Android, attracted attention from Google and Xiaomi — both companies are reportedly vying for a stake in it — and become the #1 app in the ‘Travel and Local’ section of Google Play Store in India.

That is a lot of progress for a homegrown app started by Bengaluru-based Sigmoid Labs two years ago. Earlier this month, Where Is My Train was also nominated in Play Store’s Best Apps of 2018 for India. (It is a public voting-based list, and results are yet to be announced.)

Now, what is it about Where Is My Train that makes it resonate with Indian train travellers?

One, the app is free and easy to use. Two, it provides you information without seeking too many details like PNRs, booking dates, etc. Three, most importantly, the app uses cell-tower data to locate trains, thereby eliminating the need for GPS or data connectivity. The app is also available in seven local languages besides English, thus adding to its popularity and growth.

Unlike many apps, you don’t need to create any logins to access Where Is My Train. That is positive and adds to the convenience of the app.

Once you choose the language, you’re taken to the homepage. It is divided into three tabs - Spot, PNR, and Seats.

Spot is set as the default tab because a majority of travellers use the app to locate train and check ETA. You can enter the train or station name to get a live update.

You can also use the ‘Find Trains’ feature to check available trains, their timings, frequencies, and ticket prices. Start by entering source station and destination station.

“The app has the Indian Railways timetable offline. You don't have to know train number or names as our Smart search feature allows you to use train source and destination or partial train names even with spelling errors,” Where is My Train states in its Play Store listing.

Find Trains allows you to sort listings according to dates (all days, today, tomorrow, choose from the calendar) and/or categories (unreserved, sleeper, AC first class, AC chair car, and more).

If you click on individual listings, the train’s entire route is mapped out with ETAs for each station, platform numbers, and the distance between two stations. Users are also notified when a train leaves a certain station.

One of the key features of the app is Location Alarms. Users can set alarms from 60 minutes to 10 minutes prior to the train’s arrival at any station. Going by user reviews, the alarm feature is a hit.

Where Is My Train also enables you to understand coach position in platforms and browse through seat/berth layouts.

On the Seats and PNR tabs, you can check seat availability and PNR status respectively. The details are pulled from the Indian Railways’ official website.

PNR details can be keyed in via text or voice command. The app can even auto-scan PNRs from IRCTC text messages in your inbox. You can send PNR status to friends / family via the app’s share feature as well.

Where Is My Train also has a ‘suggest feature’ option on the main menu that takes users to a crowdsourced form. It lists potential feature additions such as ticket booking, Tatkal reminders, station WiFi information, and so on.

And lastly, Settings allows you to set language, timing, and notification preferences.

Why Where Is My Train works

Where Is My Train has practically brought IRCTC’s entire timetable offline and packaged it into a seamless, data-less offering. (It requires data only when you’re outside the train or in some other location.)

The app covers Konkan Railway, Central Railway (CR), Eastern Railway (ER), Western Railway (WR), Northern Railway (NR), Southern Railway (SR), and all other railway zones in India. The makers, however, claim that “the app is privately maintained and does not have any affiliation whatsoever to Indian Railways”.

Its USP is its connectivity-less approach that makes it not only data-efficient and light, but also very effective. It allows users to keep themselves abreast with necessary train-related information even in remote areas, where Indian Railways can reach, but the internet cannot. Not yet.

Expect a few more features going ahead. If ticket-booking and cancellation is enabled, Where Is My Train will likely emerge as the biggest competitor for IRCTC.