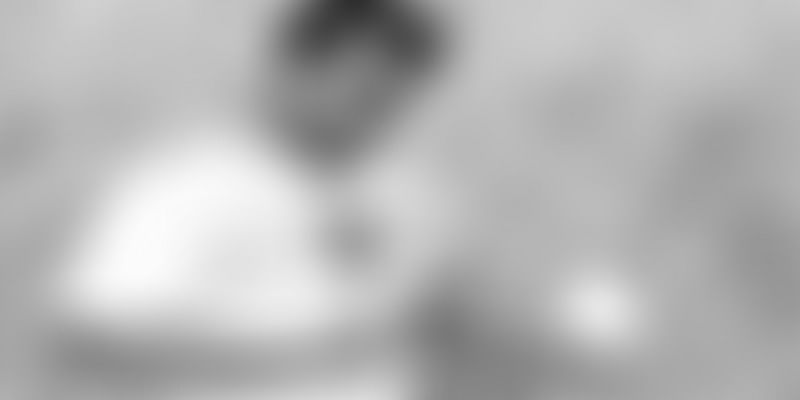 If you want to enable home automation but cannot understand or afford it, check GoQick. This Mumbai-based hardware startup wants to popularise it in middle-class India.

‘Your TV remote is your new switchboard,’ screams the GoQick website.

Intrigued? Well, you should be. Because Mumbai-based hardware startup GoQick has developed an uncomplicated product that promises to do just that.

GoQick built a microcontroller-based miniature device that can be installed in ceiling fans, LED bulbs, tube lights and decorative lights so that you can control them with a regular TV remote. Microcontrollers are basically circuits with integrated microprocessors. These are popularly used in automobiles, electrical appliances and computer peripherals.

There are three prototypes of the product, one each for fans, LED bulbs, and switch blocks. GoQick has already acquired two design patents, and one utility patent is awaiting approval.

“For now, we are focusing on fan control. The product Fantrol can retrofit in any brand of ceiling fans,” GoQick Founder Kaustubh Tapke tells YourStory. “You can call us a minimalistic alternative to expensive home automation products like Google Home or Alexa,” he explains.

While the comparison might sound odious, considering Alexa and Google Home are way more than just appliance controllers, GoQick's focus on bringing a taste of home automation to the lowest common denominator in tier-II and tier-III India is its driving force and USP.

“It’s a huge market out there,” says Kaustubh. “Over Rs 8,000 crore of just ceiling fans are sold in India every year. If you add other electrical commodities, it is close to Rs 30,000 crore. But, existing home automation products are not appealing to most middle class and lower middle class customers because these are not only complicated but also very expensive.”

GoQick’s devices are priced between Rs 500-700, nearly 10x lesser than other home automation products available in the market.

From circuits to hardware startup

An electronics engineer, Kaustubh (33) is someone who has been building “circuits and devices” since he was 12. He began working on the hardware startup back in 2014 and even sold 100 units of the device on eBay. A few iterations later, the product was showcased at the 2016 Switch Expo in Baroda. “It was a very different version compared to what we have now,” he reveals.

The response at Switch Expo was “tremendous”, Kaustubh claims. “Many dealers showed great interest and wanted to buy in bulk. There were over 400 sign-ups in a single day. That is when I realised this product could be commercialised,” he says.

However, since the Switch Expo, GoQick’s journey has been dotted with highs and lows. Sadly, more lows than highs. “A few major electrical players approached us and showed initial interest. But they never came back,” Kaustubh laments.

Even funds and grants have been hard to come by. GoQick’s grant application at NIDHI-PRAYAS, a pre-incubation initiative of the Government of India’s Department of Science and Technology, is also pending. “Most people don’t want to put money in a hardware startup. Software is much easier to scale up,” the founder observes.

Despite this, one-man army Kaustubh has been dedicatedly refining the product, bringing in design changes, making it compatible with as many appliances as possible, and so on.

“Sometimes it is hard to do everything on your own, from coding and creating packaging to building a website and looking for funds,” Kaustubh admits. “But there is a definite need for a product like this and that is what keeps me going,” he says.

The hardware startup now plans to launch a crowdfunding campaign to support the first phase of its rollout. It is even planning to open pre-orders on its website. Kaustubh expects the first batch of devices to ship in the next “4-5 months”. An initial capital of Rs 10 lakh “would be enough”, he says.

The founder reckons that investors will probably be keen after the startup gains some traction. He also wants to build a team of at least “four or five members”, who can help him scale up the product and take it to as many towns and hardware stores as possible. Until then, “GoQick is bootstrapped and I am taking up freelance projects to support this innovation.” Kaustubh states.