Kunal Shah finally talks about the story behind his new venture, CRED 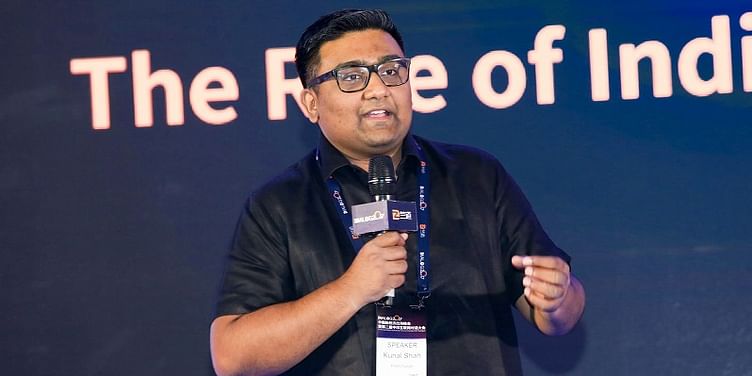 Kunal Shah finally spoke up about how he got the idea for his new venture, CRED , on LinkedIn earlier today. CRED is a fintech company and traces its origins on that simplest of concepts - trust.

Serial entrepreneur and FreeCharge founder Kunal Shah on Monday took to Linkedin to speak about his latest venture CRED. He had announced the company's launch on LinkedIn and Twitter earlier this month.

After his first venture FreeCharge was sold in 2015, Kunal says he spent a lot of time travelling and, curiously enough, studying developed nations. The one thing that stood out was that the system (i.e., the government and government-backed systems) placed a high level of trust on individuals was high: in developed nations, it is common enough to see petrol pumps with no attendants and supermarkets having self-checkout counters with no cashiers.

That led him to realise the benefits of - "a frictionless environment - an environment that creates financial progress for its citizens" - that people trust that system. According to his post,

Worse, the lack of transparency and information asymmetry prevailing back home means that there was simply no benefit to keeping the trust.

He explains in the post, “There are over 30 hidden charges and exorbitant interest costs that haunt you even if you pay a single rupee less than your full bill. The current model thrives on you making an error. It wants you to faulter. The system has taken the good guys for granted for far too long. Creditworthy individuals deserve better.”

And that is what CRED is all about. As Kunal puts it:

"I felt the need to create a system that rewards trustworthy and creditworthy individuals of India and inspires others to be like them."

CRED, therefore, is a community where members will actually be celebrated and rewarded for paying their credit card bills. Last week, Ashray Iyengar, a CRED team member, announced on LinkedIn that the early access programme was open. Incidentally, Ashray was earlier with the Nexus Venture Partners investment team.

According to Kunal, the goal is to help members discover ways to reduce cost, get better rates on loans, insurance and investments, and "literally everything money". He admits it's not going to be easy, "but then again - is anything easy worth it?"

According to Reserve Bank of India, as of October this year, there were close to 42 million credit cards and 990 million debit cards in the country.

Kunal also told PTI that there is a revenue opportunity of US$1-10 per consumer. As per the company's website, CRED has partnered with over 38 brands, including the likes of Freshmenu, BookMyShow, AirBnB, Cure.fit, UrbanLadder, Bodycraft. About 35 associated banks are also listed on the site.

"No data will ever be shared without explicit user consent with anyone. Ever."

At the time of publishing, the app had over 1,000 downloads and a 4.6 rating on the Google Play Store. The rating is similar on the AppStore.

CRED, which is operated by Dreamplug Technologies, had raised closed $30 million, led by Sequoia Capital India and Ribbit and supported by DST Gloval, Ru-Net, Lakestar and Morning-side earlier this year to accelerate its expansion plans.