Not just corporates: why the FBI, World Bank, and UK Home Office moved to the cloud with AWS 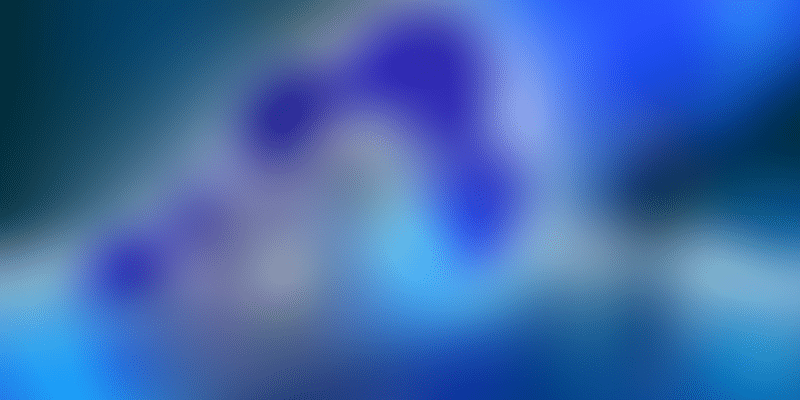 AWS is helping government institutions with security and scale by building AI and machine learning-based applications to crunch data and offer data-led outcomes.

Remember how Bond, James Bond, was held to ransom by technology-backed terror plots in his latest outings, Skyfall and Spectre? Perhaps the master spy would have found it easier to analyse and defuse the threats had he used technology better.

Across the world, technology is sparking change and offering innovative solutions to real-world problems. And Amazon Web Services (AWS), which believes that governments worldwide have to scale their tech to be prepared for this agile world of information flow, is leading the way.

At re:Invent2018, the Amazon Web Services cloud computing event, senior leaders from institutions such as the World Bank, the FBI, and the UK Home Office spoke about why the cloud and data sciences are vital to making real-time decisions and predicting outcomes.

All three institutions have used AWS to crunch data and scale up their information workload. This has made life much easier – it has helped analyse and solve acts of terror, prevent famines, and process immigration applications.

And Amazon seems to have the greater good in mind with AWS.

Teresa Carlson, VP, World Wide Public Sector, AWS, said: “We listened to our customers in the government to ramp up disaster recovery and reduce cost of completion while launching new applications. AWS partners will help government institutions with security and scale by crunching data and using their developers to build data-led outcomes.”

Stating that open data was the future, she said the AWS open data registry helps researchers and builders build future applications using AWS resources. AWS also announced a slew of storage and compute tools that allowed developers in the US government to scale up FedRAMP applications, a US government programme that provides a standardised approach to security assessment, authorisation, and continuous monitoring for cloud products and services.

How AWS helped the FBI scale

The FBI has 55 offices across the US. In the 90s, government agencies would track people-owned pagers. Later, they did the same with phones. However, in the virtual world, the agency is in a fix when it comes to finding identities, which is why it is using social media and technologies to track people.

“We see knowns and unknowns; we have so much data being generated on the web and all of it is held separately by different agencies. There is a need to combine all this data and determine threats,” Christine said.

For example, after the 2013 Boston marathon bombings, the FBI collected 50TB of data and had many analysts working day and night on the occurrences of the event. They received data from the Russians, and soon realised that it was also available with local state agencies.

“There is data everywhere. We cannot crunch so much data. But threats continues to evolve and we need to be able to crunch data to predict where the next attack will happen,” she added.

Today, the FBI has moved 90 percent of its workload to the cloud. Agents can now go after threats; they don’t need to parse data. They are working with data sciences teams and building data lakes to predict the next threat.

Amazon helped the FBI to move to the cloud faster and work with real-time data. For example, eight agents working on the Las Vegas 2017 shooting used the reams of data to analyse the events that led to the shooting. The cloud helped the FBI complete this analysis in a month; if done manually, this analysis would have taken months.

“We have changed the culture in counter-terrorism by using the cloud. But the threats keep rising and we have a lot of hard work ahead,” Christine said.

Why the UK Home Office signed up

Similarly, the UK Home Office has invested in AWS to process their data. Jackie Keane, Director, Immigration Technology, UK Home Office, said the UK government has a digital-first policy and it’s not just limited to setting up a website.

The immigration office processes 3.5 million visa applications and there are 37 million people flowing through the UK.

“We used AWS to deliver global services and our big data platform helps us process information faster. We brought in security and data science teams that can help us take better decisions,” Jackie said.

Meanwhile, the World Bank is banking on real-time data to end global problems like famines.

Frank Bousquet, Senior Director, Fragility, Conflict and Violence Group, was very vocal about how data science can help plan financial aid and ensure it reaches a region before it is famine-stricken.

A year ago, the international community faced a crisis with 20 million people facing famine. The World Bank gave $1.8 billion in aid to African people across Nigeria, South Sudan, and Somalia and yet the famine persists because “data is not being used on a real-time basis”. Famines are also linked to political movements. According to the World Bank, except for 1985 and 1995, there have been 10 famines that lasted for long periods over the last 30 years.

“We have suggested the famine action mechanism to end famine. Finance alone is not enough. Can we predict famines early? Crisis prevention and crisis response is what we are after. How do you predict financing famines and ensure better allocation of resources?” Frank said.

The World Bank is building the famine action mechanism with AWS. It is working on a system to track, through several sources, how a famine builds up. Data from food supply related issues, land degradation, drought anomalies, road connectivity, and fatalities is being combed through to predict major incidents.

“We can use all the data from FAO and other sources for real-time prediction. Data, finance, and action is what the World Bank wants. A famine is a collective failure, and we should all work together to solve it with real-time data,” Frank said.

Ambassador Maura Harry, President and CEO International Centre for Missing and Exploited Children, said, “Children are vulnerable and the connotations are enormous. We have to build a community, and technology can help track kids. Our mission is to eradicate child abuse and help parents find their missing children.”

Clearly, AWS is betting big and is now in talks with governments across the world. Is India a potential customer?

The latest forecast by Gartner Inc. says IT spending in the Indian government sector is projected to reach $8.5 billion in 2018, an increase of 8.9 percent from 2017’s estimated spending of $7.8 billion. Software and IT services continue to exhibit strong growth, with device spending continuing to drive majority of the overall IT spending in the Indian government sector. Software spending is projected to grow 15.6 percent in 2017, and will grow another 15.1 percent in 2018 to reach $1.2 billion. IT services spending is on track to grow 15.3 percent to reach $2 billion in 2017, and increase 13.8 percent in 2018 to reach $2.3 billion.

It remains to be seen if India will join the other governments and actively use data to improve quality of life.