Make in Odisha expo inaugurated; to include sessions on women entrepreneurship, startups, agri 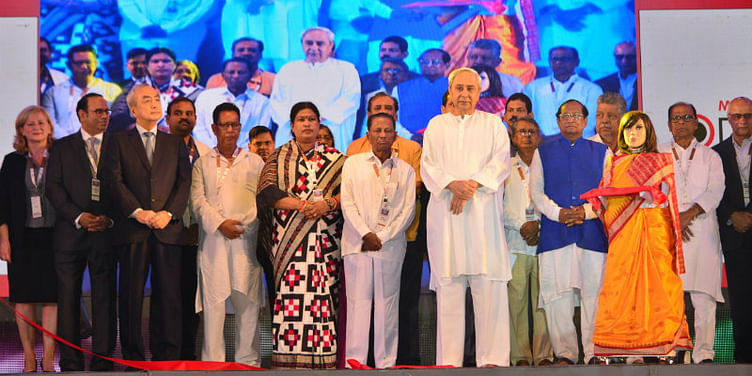 The second edition of the Make in Odisha summit opened on Sunday. The five-day conclave was inaugurated by Chief Minister Naveen Patnaik and saw the participation of several governments and industry stalwarts.

The expo at the second edition of the 'Make in Odisha' Conclave 2018 was inaugurated in the capital city of Bhubaneswar on Sunday. The summit was inaugurated by Odisha Chief Minister Naveen Patnaik, and was attended by several government officials and dignitaries, including the Japanese Ambassador to India Kenji Hiramatsu.

"Odisha is contributing to the country through its skilled workforce... it is playing a major role in enhancing the country's food security, setting global standards in disaster management, smart cities campaign, reducing poverty among many key initiatives," said Naveen Patnaik.

The first edition of the Make in Odisha Conclave was held in 2016. It invites business and collaboration opportunities among various stakeholders, and this year's expo features around 120 exhibitors from across industries.

The Odisha Theme pavillion - Deomali - stood out with its geodesic dome and projected the focus sectors and prominent tourism locations in the state. Other exhibits showcased the use of cutting-edge technologies such as the Kinetic Installation - which enabled visitors to see the synchronised beauty of 108 spheres. With the help of Virtual Reality, visitors were also shown a feel of 'future' smart cities and the natural beauty of the coastal state.

At the end of the five-day event, there will be a 36-hour skill development and technical education hackathon.