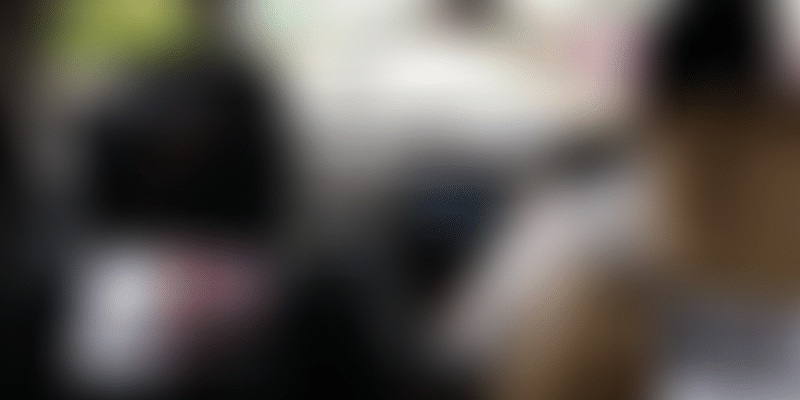 My intern and I spent 40 hours at Bangalore’s Kempegowda International Airport interacting with over 600 cab drivers. Here's why.

On the night of August 5, 2018, my intern Sanjay Nalamaru and I set out to execute one of the biggest marketing campaigns of my life. A campaign that not only helped my startup grow its revenue and customer base but also gave me some very important life lessons.

My intern and I spent 40 hours at Bangalore’s Kempegowda International Airport interacting with over 600 cab drivers and successfully convinced 400 of them to advertise my startup Stoned Santa in their cabs.

Here’s how we pulled it off and what we achieved from this impossible feat.

1 percent inspiration - The inception of the idea

Running a startup isn’t easy and comes with a fair share of highs and lows, and I was at one of my lowest points — broken and burnt out, almost on the verge of quitting and going back home!

One night on my way back home, I got talking to my cab driver and a couple of minutes into the conversation, he told me about his experiences as a door to door salesman selling encyclopedias, and I told him about Stoned Santa.

Eventually, the conversation turned to traditional marketing methodologies, the art of door to door selling. He suggested I try something different for Stoned Santa since it’s a creative business and digital methods of marketing weren’t proving to be enough.

In the spur of the moment, I pitched an idea to him: “Will you put up an advertisement for my company in your cab?”

Dear reader, he said yes! Immediately, I took his contact details and thanked him for the much-needed inspiration.

Little did he realise that he was dropping off an energised and motivated version of me, who was so crestfallen before our conversation.

I was all charged up and excited for this marketing campaign! Full of good vibes, I started interacting and surveying every cab driver I met during my daily commute. Over a month I collected the following stats from nearly 100 rides.

I made a few assumptions from my conversations with these drivers.

A good design has to go beyond just looking good. It has to serve a purpose. And our purpose was to pique the curiosity of the people in those cabs.

Here’s what we came up with after almost 10 iterations.

We were now ready with the strategy, the design, the cans of Red Bull and our 800 printed brochures. The big question! Where do we find so many cabs? And the answer was simple - the airport! We booked a cab and set out on our great expedition at 9 pm on the on this fateful day.

Within minutes of getting into the cab, I began our first pitch in a mix of broken English, Hindi, Kannada and sign language.

“Anna… Hi! I’m Shashank! My startup helps people find the right gift for their friends and family and we help spread joy and I’ve been doing this since college. We work with artists who are still in school and college by providing them with a platform to earn and get recognised for their work.”

A few minutes later, he noticed our brochures and asked what we planned to do with them.

I explained that we were planning on putting them in 400 cabs at the airport! His expression changed and his face lit up with a huge smile!

Sanjay and I were beaming! We were live in our very first cab! Only 399 more to go.

We reached the airport, and as we disembarked from the cab, the cabbie handed me a friendship band and wished me a Happy Friendship Day. I didn’t even realize it was friendship’s day. What a beautiful way to start the night!

It was 11:45 pm when we arrived at the airport. To our disappointment, we found empty parking lots with only a couple of sleepy drivers.

In the first 3 hours, we managed to convince up to 20 cabbies only, and realised that at this rate it’d take us 60 hours to get 400 cabs! We did not have enough Red Bull for that.

We were sleepy and wanted to go home. Pessimism shadowed our minds, but was giving up an option? We called for a break and headed to the parking canteen to rest.

Around 4 am, we were awakened by the sound of car engines, which was music to our ears. We jumped in joy and saw scores of cabs assembling in perfect order.

The parking lot was now full of cabbies moving around, drinking tea, smoking cigarettes and washing their cars.

It was time to rise and shine.

We walked with our bags full of brochures and struck conversations with each cab driver individually.

Our conversations and the bright shiny brochures grabbed the attention of other cab drivers around us and in no time, we were surrounded by curious men eagerly listening to our story and what we planned on doing with the brochures.

Soon, it wasn’t a 1–1 pitch anymore and we found ourselves talking to a group of 4–5 people that catalysed the process.

So, the next question you are probably asking is - What did we give the cab drivers?

We offered digitally made portraits of their near and dear ones, and quite a few of them said they don’t need anything in return and would happily keep our brochure in their cabs.

Pleasantly surprised and curious, we asked them the reason behind this sweet gesture. They replied, “Aap itne young age me itna mehnat kar rahe ho”(You’re working so hard at such a young age).

I guess hard work was the language that connected us and they wanted to play a role in our story too.

After almost 40 hours of our adventure at the airport, we were live in 400 cabs! This feeling of achievement and accomplishment was greater than anything previously experienced.

On our way back, we called our parents and said, “Mission accomplished." But something didn’t feel right, and I wasn’t so sure about things working out.

I had been experimenting with Quora for a while and decided to write an answer about my day and within 48 hours of writing the answer, it had over 40,000 views, 4,000 upvotes and was responsible for sending almost 1,300 visitors to our website.

We broke even with our investment in the first 72 hours of the campaign going LIVE! I was on cloud 9. My Quora and Facebook feed was flooded with notifications of people congratulating our campaign.

Did it pay off? The Numbers - Our Revenue, Customers, Artists

Let’s start with the breakdown of the costs incurred during this campaign. (The numbers have been rounded off for easier understanding.)

More than anything, this campaign has taught me a lot about life. I was humbled by the humility of the cab drivers to see how eager people are to help each other.

This campaign and its success are dedicated to everyone involved in this. The cab drivers who welcomed us with open arms, the artists who worked extra hours to deliver art on time and Sanjay Nalamaru who spent his precious time working shoulder to shoulder with me on this campaign.

Yes, just 2 people pulled this entire campaign off in 40 brilliant hours. The best 40 hours of my life. This taught me to dream even bigger and do everything it takes to get there.

And here I sit reviewing the final draft of the story, wondering if the readers would like it.

I hope you found the campaign details and our story insightful. If you have questions, I’d be happy to answer them in the comments.