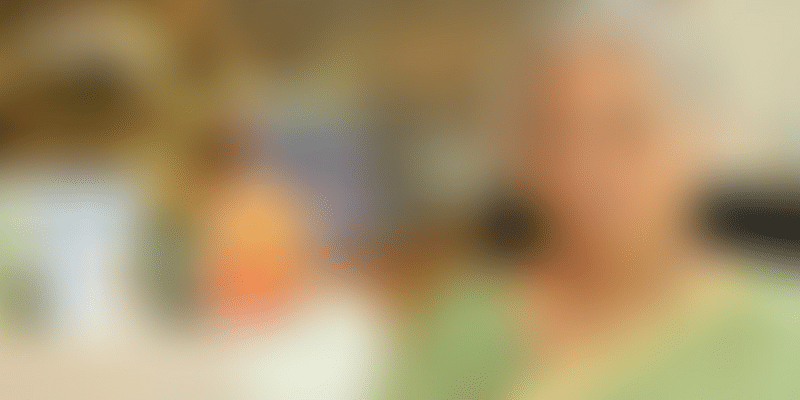 Accomplished author and philanthropist Sudha Murty talks about her passion for telling the stories of the extraordinary lives of people she meets through her work with Infosys Foundation. She also shares with YourStory’s Shradha Sharma the joy she takes in writing for children and bringing to light lesser-known stories from Indian mythology, and reveals her secret to bringing out 30 books, the latest being The Upside Down King.

Award-winning author and philanthropist Sudha Murty recently added yet another book to her growing collection of books – famed for unravelling the extraordinary, untold stories in Indian mythology and of people she meets through her work as Chairperson of Infosys Foundation.

In her latest book The Upside Down King, Sudha Murty seeks to do what she does best: unveil the “diamonds which have been hidden,” this time in Indian mythology. The book features a collection of unusual stories about the two most popular avatars of Lord Krishna – Rama and Krishna and their descendants.

“Normally children know little bit of Ramayana and a little bit about Krishna, Devaki, Poothana and all. But there are diamonds which have been hidden in those epics which people normally don't bother to know.”

In her quest to bring these stories to light, Sudha Murty says she first did a lot of research on the topic and learned many unusual stories of the life of Rama and Krishna, all of which she brought out in her latest book. These include stories on why people take a head bath during Dusshera time and an oil bath on Diwali. “There is a reason. There is a story behind that,” she says, and such lesser-known stories are told in The Upside Down King.

This is the third book in her series of books that focus on the untold stories in Indian mythology. The other two are The Serpent’s Revenge: Unusual Tales from the Mahabharata and The Man from the Egg: Unusual Tales about the Trinity.

In addition to her books on Indian mythology, Sudha Murty has also written novels, memoirs, children’s books, technical books, travelogues, and non-fiction books, many of which have been translated into major local languages. She also pens columns for English and Kannada dailies.

Also read: Sudha Murty talks about the Aarohan Awards and what it takes to scale social innovation in India

Sudha Murty on starting early as a writer

Like most accomplished authors and prolific writers, Sudha Murty started early. Whether it’s reading books or writing and telling stories in her characteristic warm-hearted way.

Growing up in an era when books were the only source of entertainment, with no electronic gadgets in sight, was a blessing, she says.

“Books actually opened a new door for me,” she says.

In addition to being a voracious reader since she was a child, Sudha also took to writing essays very early on – both of which she believes led her to a life of telling stories. Sudha’s mother, who was a school teacher, had insisted that she write a 25-line essay everyday about something she views as best.

“Initially I resisted but later I accepted it. That made me probably to write, record my experience. For many years I did this and, in the process, I think I started writing.”

Large canvas to write on

Unlike many other writers, Sudha Murty’s experience working with people from all walks of life through her work with the Infosys Foundation affords her a large canvas of topics to write on.

“I meet prostitutes, the children from the streets, alcohol addict, destitutes, intellectuals, politicians, film stars. So, my canvas is large."

And yet, her writings on people, particularly the poorest of the poor, are heart wrenchingly candid, real-life stories that bring to light her own experiences through the impactful work she does with the Infosys Foundation.

“Those books are separate. They are real (stories) and I take their permission. Many people come and tell “Please write my story because we can't frame the words. You write it in a better way”. So, they are real-life (stories), but the names have been changed with their permission.”

Books such as Three Thousand Stitches, Wise and Otherwise, How I Taught My Grandmother, Old Man and His God, The Day I Stopped Drinking Milk, and Here, There and Everywhere are based on Sudha Murty’s experiences with the Infosys Foundation.

Her book titled Three Thousand Stitches starts with the story of her work with a group of rehabilitated sex workers, who had presented her with a bedspread that has 3000 stitches to represent all 3000 women whose life had been turned around by the Infosys Foundation.

In that story, Sudha talks candidly about her initial challenges in helping these 3000 women, including getting pelted at with tomatoes and chappals when she first tried to reach out to them. However, with the encouragement, endurance, and support of her father and colleague Abhay Kumar, they were able break the ice with the women, work with them and rehabilitate them – the result of their years-long perseverance and determination to create an impact.

Also read: Learning the value of space in all relationships from Sudha Murty

Sudha Murty, who earlier had a penchant for writing novels, professes that she hasn’t been writing many novels now but that she enjoys writing for children. Her books for children include Magic Drum, Grandmother Bag of Stories, and The Magic of the Lost Temple.

“Of late, I don't write many novels. I’ve reduced writing novels. Because real life is much more fascinating than imagination, I felt.”

Today, with her 30th book out in the market, she credits the success of her work as an author to having a “great editor” who understands how she thinks.

“It is a combination of a writer and a good editor. It can bring (out) a book better and faster.”

Sudha says her editor is her “first reader,” adding that she is able to gauge how good a story is based on her editor’s first reactions after reading a story. “When she says “(it’s) okay”, that means it is not really a good story. So, she understands what I'm thinking. And that process – when we converse together – (from) there comes a very good story,” she says.

When I tell her that it’s amazing that she welcomes feedback so willingly, Sudha Murty replies in all humility,

“(I follow) what the Rig Veda says…: let all noble thoughts come from all direction so that I can be better.”