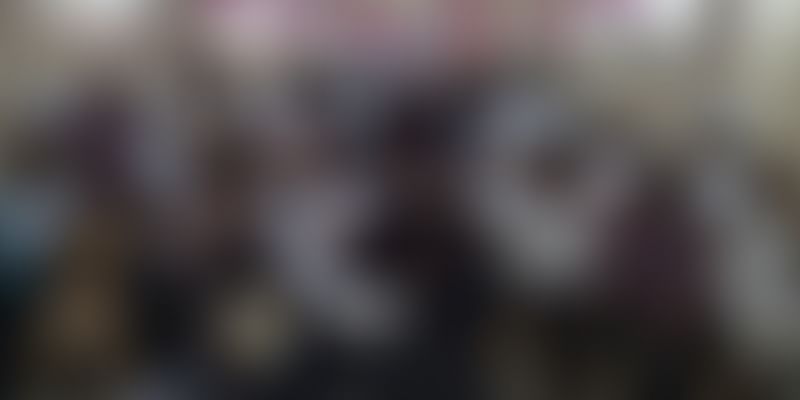 With growing need for gender equality and in the light of the #MeToo movement in India, gender sensitisation has become a priority for organisations like Uber, which cater to a huge number of female customers.

It has been a long day at work and my last meeting ended at 9:30 pm. While finding transport home is no longer a concern with the plethora of hide-hailing apps, as a working woman regularly using cabs, I often worry - how safe will my ride be.

Every time I get into a cab, I share my cab details with friends, stay alert throughout the ride, and ensure the driver takes only the route shown by the navigation. Many like me share this sentiment. “It doesn’t matter if there is a panic button in the car, on the app, and other things; just taking a ride back home late at night is a mental ordeal. There isn’t a sense of safety,” explains a 32-year-old marketing executive for an IT firm in Bengaluru.

The concern is understandable given the many reports of drivers misbehaving with women. While cab aggregators have responded by highlighting the measures they are taking to ensure the safety women customers, there is a need to take it a step forward.

Psychologist Prachi Munish believes it is impossible to avoid dealing with vendors, shopkeepers, drivers, delivery boys, service-men like electricians, plumbers and gardeners on a regular basis. Gender sensitisation drives by the employer, therefore, becomes the need of the hour to tackle harassment.

Taking stock of this need, Uber, in association with Manas Foundation, has been conducting gender sensitisation workshops for its driver partners.

Curious, I attended a session on the company’s invitation.

The hall was packed with cab and autorickshaw drivers. The importance for such gender sensitisation seminars was immediately evident when drivers responded, “Dress!” in unison when asked what could be the main cause of a man misbehaving with a woman on the street.

“It is a common response and a deep-rooted belief that women are the reason they get into trouble like molestation and rape,” trainer and social worker Ratika Sharma explained on the sidelines.

It all begins with awareness

Manas Foundation is a Delhi-NCR based NGO that conducts such gender sensitisation programmes. So far, it has trained a total 4.5 lakh commercial vehicle drivers with the CSR support of Indraprastha Gas Limited across the capital.

“Our partnership with Manas Foundation and the nationwide gender sensitisation workshops reiterate Uber’s commitment towards building a safety framework that equips and educates our driver partners. Globally, and in India, we have introduced innovative features such as the Safety Toolkit and inked strong partnerships with government bodies... to bring transparency, accountability, and strengthen safety of riders.”

Like most workshops, games, talk sessions, simulated cases and question and answer sessions were used to engage with the drivers as equal partners in increasing women safety in public transport and public spaces.

On why they needed drivers to meet them halfway in the company’s commitment to ensure the safety of women, Ratika said,

“There are several biases and stereotypes prevalent amongst people with regards to gender and sexual harassment, but we have seen immense potential to improve the understanding on these issues among the drivers that we have worked with so far. We have been able to improve awareness around the issue and have noted a cooperative stance on the issue of gender, once the laws and relevant facts have been discussed with them.”

This type of engagement allows drivers to understand the absence of gender justice for women, especially with regards to mobility. It is this understanding of the issue that has been crucial to the change in attitude and treatment of women – both in terms of women commuters as well as the women in their own families.

“One of the key motivators for Manas to drive this initiative forward with partnerships such as Uber is the ability to bridge the gap and empower drivers who have been in service for several years through formal interaction and awareness around professional behaviour and gender sensitisation,” Rathika added.

Patriarchy is the status quo in most households in the country. But with the dissemination of the right kind of information, there is more openness to discussing topics and realigning attitudes towards gender equality.

“Some cultures are more permissive of violation than others and so, more training efforts would be required then. The biggest factor would be to have lots of multilayered portrayals of women in all kinds of media - delving into their agency, desire, boundaries from their perspective. We have just too much content from the male perspective,” Sadaf adds.

In order to spread more awareness around gender-based violence, Manas Foundation has been able to engage with Uber’s driver partners through various ways such as intensive trainings, home visits and group interactions with motivated drivers and the Safe Gaadi app that has been specially created to enhance interactive learning on gender-related topics with drivers.

“Though most of the misconduct from #MeToo movements is quoted about men in power, those instances happening within the lower strata, where the power equation does not exist, still remain unquoted, though they are in big numbers as well. Women are also exploited at their homes. So we strongly need to bring in gender sensitisation and this can be achieved by spreading awareness at the school level by educating children as well as by conducting workshops for parents for general awareness. Parents and teachers play a key role in making the child sensitive and developing empathy towards others,” says Prachi.

At Uber, the company believes that safety is a shared responsibility, which necessitates a stronger partnership between public and private institutions to cohesively address issues, invite participation from varied stakeholders as well as authorities and ensure governance and effective implementation.

The path to ensuring safety for women is a long one, but such programmes by companies is definitely the right step forward.