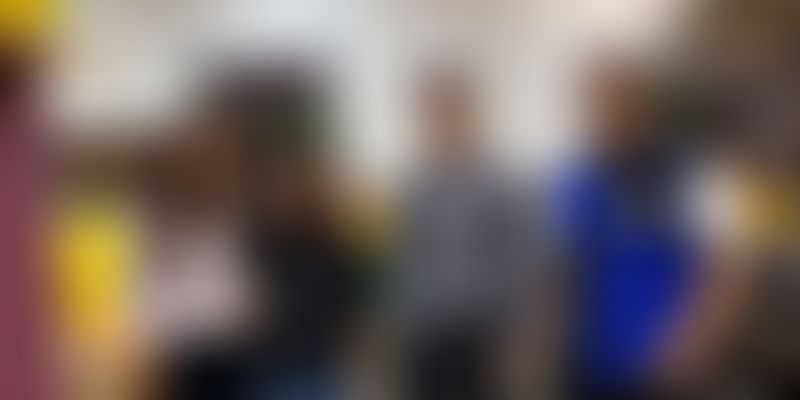 After being part of one of the most successful exits in the Indian startup ecosystem, Ashish Kashyap, Founder of Ibibo Group, is set to take on the fintech world with INDWealth. His new venture has already made waves with the $30 million it raised in seed funding and its value proposition of letting users manage investments, assets, liabilities, future cash flows and taxation - all in one place - and will start with personal wealth management. YourStory caught up with him recently to find out more about why he chose wealth management for his next venture.

It has been two years since the Indian startup ecosystem saw one of the largest M&As in the consumer tech space – the merger of MakeMyTrip and GoIbibo at an estimated valuation of $2 billion. A year later, Ashish Kashyap, founder of the Ibibo Group, moved out from his role of President at MakeMyTrip. In June this year, he launched fintech startup INDWealth. Though the full-stack wealth-tech platform will begin operations in January 2019, the beta version is set to go live in a few weeks.

Sitting in his Gurugram office, Ashish quips, “Welcome to our garib khaana.” Modest is one way to describe the fairly well appointed digs. The idea is to be frugal, he says, irrespective of the funding startup receives.

“We practiced this at Ibibo, but we had to go through the learning curves. If your fixed cost structures are low, you will be able to give better pricing to the customer. If you give better value to customers, they will come back,” Ashish states.

Why personal wealth management to start up again?

“Whenever I think of a sector, it needs to be a large enough opportunity. Definitely, financial services is a large opportunity. That is the first thing. The second thing is that I need to personally live the pain for me to get excited about the problem. It was what I did with GoIbibo, despite the fact that there were many players in the space, same with Ibibo Pay, which is now PayU.”

The double-edged sword of being a seasoned entrepreneur

The investment in INDWealth is testimony that there are advantages of being a second-time entrepreneur, for the trust one commands.

Says Gautam Sharma, COO, Steadview Capital, “Ashish is a seasoned tech entrepreneur who has demonstrated that he can successfully build a scalable tech company. That, combined with the massive wealth management opportunity in India’s fintech sector, made it a win-win.” (INDWealth raised $30 million from Steadview Capital on October 28, 2018.)

On his part, Ashish insists it’s a double-edged sword. “The expectations from the market, customers, friends, family and even your personal expectations...That is hard, and it is important to un-bias yourself from these expectations.”

The other factor, Gautam says, is that Steadview has seen new age tech like machine learning and artificial intelligence being successfully deployed to make wealth management effective, efficient, and scalable. That INDWealth is using these technologies in a big way made it the right bet.

Ashish feels there is a significant gap in the market when it comes to wealth management options available to individuals. While companies and individuals face similar problems when it comes to managing money, the approach taken is completely different.

“We plan for companies on what their cash flows are going to be based on assets, liabilities and current cashflows but not individual wealth and that is a huge gap,” he says.

INDWealth plans to use AI and ML to help customers set financial goals for themselves and then achieve that goal but also manage their future cash flow, debt and other liabilities, as well as their tax outgo. Already, it is being talked about as a Wealth-Tech company.

Another reason he zeroed in on the sector was the problem of wealth management products being mis-sold. Having been at the receiving end of such services himself, bringing transparency to the process and planning is important to Ashish.

A key area where transparency is critical is costs, many of which are hidden in lending rates and expense rates. And most consumers are unaware of this. Citing an example, Ashish explains that if you invest Rs 1 crore for a 10-year period, the cumulative cost on an equity product could be anything between Rs 30 lakh and Rs 35 lakh.

“You can’t have 30 percent of your personal corpus going in cost. Investment is a long-term phenomenon,” he points out, adding, “We want to make all this optimal and cost effective.”

IndWealth is working on a closed beta version and will open it to a select set of customers soon. Ashish says the platform will work on a commission and percentage-based revenue model. “We are still working on it, but the commission will be optimal,” says Ashish.

Starting up the second time wasn’t easy because Goibibo was his first venture, his ‘baby’.

“Everything that walks and crawls on that platform was envisaged by me and my core team. I was in love with GoIbibo,” Ashish says candidly. In short, a second venture was about falling in love all over again. And that, as we all know, is often dependent on being at the right place at the right time. But it is also said that successful people make their own luck.

For Ashish, it was about finding the right challenge in the right space and falling in love with the idea. “Over the last few months I was thinking of a problem we could solve with viable solutions and opportunity. The idea is to intersect everything - the depth of the problem, size of the opportunity, and how ‘execution-able’ is it.”

The multiple gaps in the wealth management space in a huge and nuanced market like India, combined with the possibilities offered by emerging technologies, should give Ashish the challenge he was looking for.

[Also read: In their latest innings, Goibibo’s Ashish and Citrus Pay’s Satyen have an eye on your wealth]