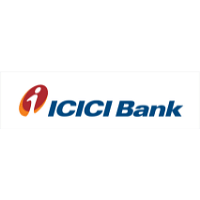 Defying all odds, from poverty to loss of eyesight, this youngster rewrote his destiny to own a mushrooming business 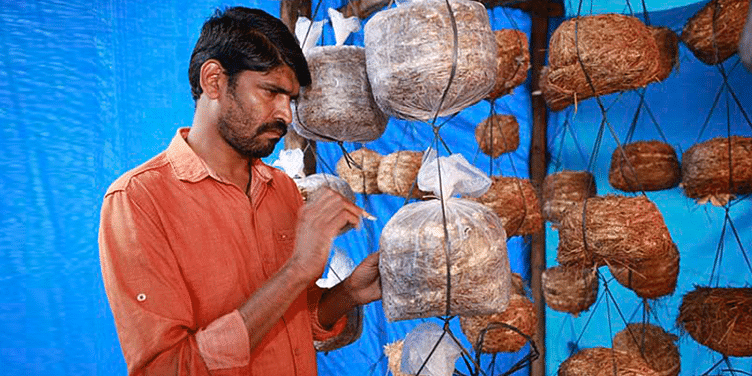 Vinodh Raj, a small time farmer, is busy inspecting the mushroom cultivation inside his house. Spraying water to maintain the required humidity level, he says, “Learning how to grow mushrooms indoors is all about carefully managing conditions like the temperature and light. If you can do that, you can reap a good harvest even from a small piece of land.”

Vinodh was born in a poor household in a small village called Machagondanahalli in Karnataka’s Chikkamagalur district. His parents worked as daily wage labourers at coffee and pepper plantations. Vinodh worked his way up to become an independent farmer – something his family is proud of.

Staying upbeat even when life fails you

What makes Vinodh’s story of becoming an independent farmer inspiring is that he didn’t let his visual impairment come in the way of his success.

Initially, in his childhood only the vision in his left eye was affected. In due course he became partially blind, which meant he had to shift from a regular school to a special school. Nevertheless, Vinodh not only excelled in academics but also in sports. He became a national-level para-Olympics player and won gold and silver medals in field events like javelin throw and shot put.

“Be it becoming partially blind or the family’s economic condition, Vinodh embraced everything that came his way without indulging in self-pity or complaining,” says his mother.

Staying positive even in adversity

But life was not done testing the youngster’s grit. His vision began deteriorating further and in due course he became completely blind.

“From a national-level para-Olympian, I was reduced to being a ‘blind person,’ and was looked upon with pity,” recollects Vinodh. Things got even harder when his father passed away. Vinodh started earning some income by guiding the elderly in the village to get their government paperwork done.

Ask him what kept him going and he is quick to say, “I grew up listening to my teachers and my mother constantly telling me that there are different kinds of people in the world. And each of them traverses their own paths. That thought was empowering because it helped me believe that someday I would find mine too.”

When the future arrives at your doorstep, you embrace it

That hope became real when Vinodh’s mother met a community facilitator from the ICICI Academy of Skills. “What she learnt about the Academy filled my mother with hope. She urged me to learn a vocational skill through the Academy.”

Driven by a belief that skill training can contribute significantly towards the growth of our nation, ICICI Academy of Skills runs various initiatives for the underprivileged across the country. The programmes provide trainees with relevant vocational skills to enable them to earn sustainable livelihoods.

Heeding his mother’s suggestion, Vinodh arrived at the Academy’s centre in Chikkamagalur for counselling and decided to pursue a course in setting up and running a nursery. After completing the course, he started his own nursery.

Growing stronger than ever before

Leaving behind the vagaries of daily wage labour, today Vinodh and his mother are successful independent farmers. “The market for mushrooms is huge and growing. We sell anywhere between 3-5 kgs of mushrooms every day. Our produce fetches us more than Rs 15,000 per month and this number is steadily increasing.” Vinodh’s clientele includes supermarkets, restaurants and food-processing companies.

Vinodh continues to focus on his business, even while continuing to help the elderly who visit government offices to get work done. He also visits educational institutions to talk about the health benefits of mushrooms and is a trainer for the mushroom cultivation course at the ICICI Academy.

“Looking back, I really cannot imagine what life would be like in other circumstances. Would I have been able to not just support my family but also let them live with dignity? I might never have the answer. But the reality is that I have been able to achieve what was once only a small possibility. And, it goes without saying that the Academy had a huge role to play. Being a trainer is my way of giving back to the Academy. It’s also my way of telling others, ‘If life isn’t good to you, you can always strive hard to make it better’.”

Vinodh’s is among the 3.5 lakh stories of transformation that ICICI has helped bring to life by providing an opportunity for people to get trained in 90+ skills through its free-of-cost programmes in centres across the country.