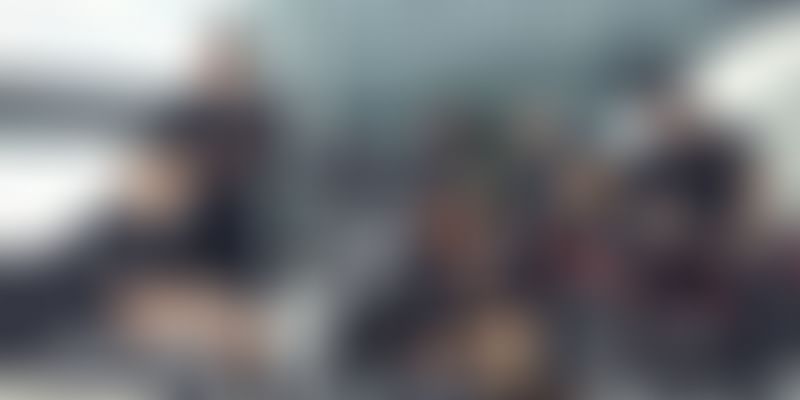 Bengaluru-based foodtech unicorn Swiggy has soft launched its new offering, Swiggy Takeaway in the city. This launch comes a month after Zomato launched 'Zomato Pickup'. The 'Takeaway' and 'Pickup' features let users order food on the app, where they can choose to pick it up whenever they want. The takeaway feature was first noticed by the tech review platform - My Smartprice.

The platform noticed the feature when they were reviewing the Swiggy APK file on the Play Store. Reports suggest that Swiggy claims the orders are ready for takeaway in 10 to 20 minutes. Currently, the feature is in the pilot stage and is available only in select locations in Bengaluru. A source in the industry revealed that while Swiggy has been working on the idea for several months now, it decided to pilot the same only recently.

Most of Swiggy's launches first start with a small area in Bengaluru before it begins expansion. Zomato launched Pickup in 13 cities. Both Swiggy and Zomato have been locked in a battle since they achieved unicorn status. Zomato recently launched its B2B procurement platform HyperPure, to focus on raw-material and ingredient delivery at restaurants.

“With both Swiggy and Zomato joining the billion-dollar valuation club, both will want to conquer the market as fast as they can. Swiggy is currently looking to conquer the market quicker than before, and that is why it has been acquiring companies, looking at different market segments to break into, and at the same time building a healthy business model,” an investor said.

While Zomato has been busy, so has Swiggy in the past year. The latter started Swiggy Access, its kitchen infrastructure service, and also has been aggressively growing its cloud restaurant business - Bowl Company, for which it acquired 48East, earlier this year. Swiggy also acquired Mumbai-based delivery platform - Scootsy.

[Also read: Zomato’s Deepinder Goyal explains why it’s important to ‘be solution-focused and not problem-focused’]

There is a lot more brewing in the foodtech space. Zomato has invested in Bengaluru-based Loyal Hospitality, which provides ready-to-move-in kitchen spaces, which restaurant brands can use to prepare food only for delivery and even have a delivery-only menu. Swiggy, under the Access sub-brand is also setting up kitchen spaces to help restaurant partners move in and deliver certain food items.

Rival Uber Eats has tied up with Cafe Coffee Day for this. Last month, Zomato announced its entry in the B2B foodtech space by acquiring TongueStun, a Bengaluru-based online caterer and office canteen aggregator.

The battle looks close and while Swiggy seems to be spending higher amounts, Zomato is focussed on discounts and growth. And close on Swiggy and Zomato’s heels are Ola’s Foodpanda and UberEats.