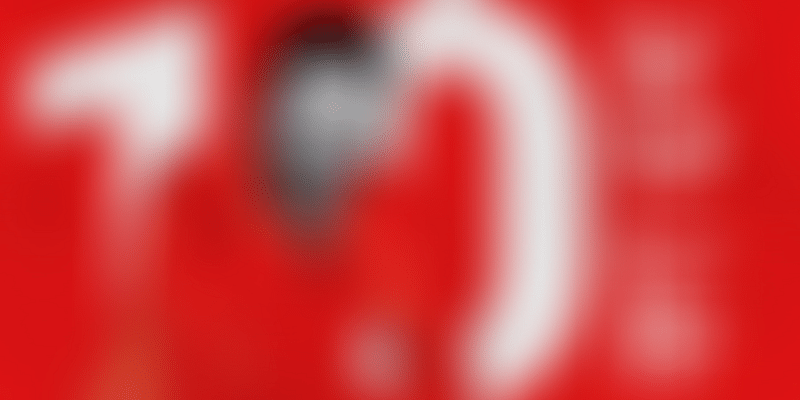 Speaking about his 10-year journey, Zomato Founder Deepinder Goyal explains why he wants to own the value chain, how being hands-on helps and why intellectual honesty is critical to startup success.

Starting up at a time when the words startup and foodtech didn’t exist, Zomato has grown into a unicorn valued at $2.3 billion and has raised $600 million in funding. Yet, over the 10 years of its existence, the company’s focus has been just one: to make food more accessible to the consumer in every way.

It is 3 pm, and I am sitting at Zomato’s headquarters in Gurgaon, waiting for its reticent Co-founder and CEO, Deepinder Goyal, to arrive. I may have covered more than 1,500 startups, but this is a story I’m especially looking forward to.

Deepinder is known to be guarded. I’ve heard his answers are on point, but I need more than that. Soon, he walks in and greets me with a warm smile and a firm handshake.

We get down to brass tacks immediately. A lot is happening in the foodtech space again after 2015 - and the market seems to be growing. “I think the market was already there; different people needed to find out what really works. Many companies went out of business in the foodtech space without having a correct product-market fit. Others that found a product-market fit are fighting it out,” Deepinder says.

Zomato is growing ambitiously. Apart from the launch of Zomato Gold and Zomato Pickup, the company grabbed attention with its entry into the “farm-to-fork” model with HyperPure, a supplies platform that sources ingredients for restaurant partners.

It started with the acquisition of Bengaluru-based startup WOTO a few months back, which was renamed HyperPure, and pilots are on in Bengaluru. But sourcing is a tough game. So why venture into so many different things?

“It is all about being a part of every value in the food chain. Zomato needs to be a complete food business; that means owning the complete chain. The idea is to get better food for more people every day. In the process, we need to work and partner with our restaurant partners, and give them solutions,” Deepinder says.

When asked for a more detailed explanation on future plans beyond the farm-and-fork model, he candidly replies: “I can’t tell you. Two years back, I would have told you these things. But the level of competitive intensity is too high now.”

[There’s plenty that the Zomato team has planned. Watch out for in-depth details on Zomato and conversations with the core leadership team.]

The ‘you’ stress of a new unicorn

For the past year, Zomato has been in news. The Gurgaon-based startup became a unicorn with a valuation of $2.3 billion, and is locked in a tough battle with Bengaluru-based foodtech giant Swiggy, which also gained unicorn status this year with a valuation of $1.5 billion.

But Deepinder has a surprising take. “You know…being a unicorn is a lot of stress; it is ‘you’ stress,” he says. “You wouldn’t be writing and watching every single move and mistake we make if we weren’t. Every little thing we do is under scrutiny.”

But he believes that the ups and downs pass with time. “It’s a constant cycle; the cycle builds character - for you and the organisation. Every down gets you up for something bigger. But discipline is very important; you can’t lose sight of that in terms of everyday business. That’s what we learnt,” Deepinder says.

Looking back at 2016, a year that saw several foodtech companies to the graveyard, he says:

“In hindsight, while we did go through a so-called tough time, it wasn’t like we were going to shut down. Most layoffs you heard of at that time didn’t happen in India or core markets. The market turned and we knew we weren’t going to raise funding soon. So, we decided to take a step back. Morale wise, it was a tough time; business wise, it was okay.”

Simple, but not easy

Zomato has been around for 10 years now, but the journey hasn’t been easy or simple. There have been security breaches, the infamous internal email, the layoffs, and talk that the startup just wasn’t raising any money.

Deepinder looks at problem solving the same way: easy but not simple. “Simple means you’ve to keep at it; don’t take your eyes off the ball. But that isn’t easy,” he says.

There was no market in India when Zomato started out, but the scenario is changing rapidly. Deepinder says that India has fewer restaurants per capita as compared with the rest of the world even today.

The market may be evolving, but Deepinder hasn’t changed since he started Zomato. “Even today, I miss nothing. I am still as hands-on as I was when the business first started. And it isn’t really that hard. I start my day by making a list of 40 small and big things I need to do that day. And I end my day by 7-8 pm,” he says.

But Zomato entered the foodtech space when Swiggy was already an established player. Did that not make things easier?” “Of course, it did,” he answers. But he adds that the models and businesses are different.

“We have worked with restaurant partners for 10 years now. Convincing them wasn’t difficult; they have evolved and grown with us. We have rarely done discounts for repeat customers. We offer new user discounts - maximum to get the customer to use Zomato five times. For us, it is about familiarising new users with Zomato strategies.

“Close to 2.5 years ago we had that unfortunate hack and lost 3-5 percent of order volumes. But we plugged it and are working on the issue. There is a lot of customer trust and love, and that isn’t easy to get,” Deepinder says.

Security remains an ongoing effort for Zomato. “It means doing everything that you know and keeping an eye out for things that you don’t know,” Deepinder says.

What can go wrong, will go wrong

The business heads come up with a list, and the team addresses the issues, looks for solutions, or keeps an eye out for potential trouble. “Ultimately it’s about creating a checklist,” he says.

But what do you do if you still get a negative surprise? The reply is quick. “Well, you solve for it. Keep your eyes on the ball.”

What is the challenge for Zomato now? “Log nahi milte!” Finding the right people is an ongoing challenge.

What about hiring mistakes? Does he fix them or stick with them? “It depends on the person I am at that point in time. I am different and deal with the situation as it demands at different times and months,” Deepinder says evasively. “The toughest part about managing people is everybody is different. There isn’t a formula for it.”

Intellectual honesty is the key

Deepinder elaborates on the last point. “You always need to be truthful to yourself and, by that virtue, to everyone else around you. Posters don’t define culture; what you do defines culture.”

He adds: “Intellectual honesty is the most important thing when the going gets tough. You aren’t blaming circumstances, things, or others; you are looking inwards on what needs to be solved and what you need to do differently or better.”

Looking back at Zomato’s 10-year journey, Deepinder dwells on some important milestones. “The first fund raise was good; it gave us an opportunity to do things faster. We raised money two years after operations. International expansion was the next turning point in Zomato’s life.”

He adds that the next milestone was 2015 when the company ran out of money. “Tough times taught us a lot,” he says.

“In the last couple of years, every day has been a significantly important day. The organisation is changing its DNA. Four years ago, we were a listings business. In hindsight, we may have been working 100 hours a week, but that is still an easy lifestyle job as compared to today,” he jokes.

And what, would he say, are the tough and the best aspects of being an entrepreneur?