2018: The year that the top startup Jedis returned to the fray 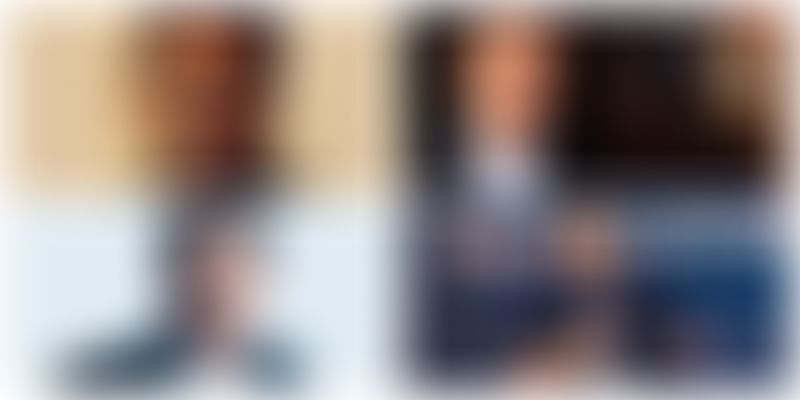 Kunal Shah, Aprameya Radhakrishna, Ashish Kashyap, Satyen Kothari and Sachin Bansal – these entrepreneurs have more in common that shone through this year.

Cred, INDWealth, Vokal, Cube Wealth and BAC Acquisitions – these are some startups, except BAC, which might be an investment firm, that made headlines and grabbed eyeballs this year. They cater to different customers, have different business models and operate at different scales, yet have a strong common connect.

They were all founded by second (or multiple!) time entrepreneurs - Kunal Shah with Cred, Ashish Kashyap with INDWealth, Aprameya Radhakrishna with Vokal, Satyen Kothari with Cube Wealth and Sachin Bansal with BAC Acquisitions.

And this year, the ecosystem gave them a thumbs up.

So, why do entrepreneurs starting up a second, or third or even fourth, time matter so much to the ecosystem?

That someone with experience in the game wants to willingly get back into the fray shows signs of a growing and maturing startup ecosystem, say founders and investors alike. Also, since they have a wealth of experience starting, running, exiting or shutting down a startup, it makes setting up a business, hiring talent and even getting funding slightly easier.

But, is it really easier the second time around?

“Definitely,” said Aprameya in an earlier conversation. “Hiring people and finding funding is easier because people have an understanding of your track record, and the mistakes are different,” he says.

Also read: Why Ashish Kashyap chose fintech for his second innings as an entrepreneur

The hard cycle of building a business

The book, The Hard Thing about Hard Things, by Ben Horowitz, Co-founder of Andreessen Horowitz, and one of Silicon Valley’s most respected and experienced entrepreneurs, says: ‘While few people talk about how great it is to start a business, very few are honest about how difficult it is to run one.’

Returning entrepreneurs have lived the cycle of trouble before and with them being willing to put their all back in the game, there are many cheering them on. Speaking on second-time entrepreneurs an investor said,

“We love serial entrepreneurs, they are people who have tried, failed, succeeded, grown and some have even made their millions, and yet they are willing to bet on a market. It just shows there are strong businesses that can and need to be built in this ecosystem.”

Also read: How to build a business in India - founders of Paytm, MakeMyTrip, BookMyShow, Thyrocare share their stories

Gautam Sharma, COO of Steadview Capital, says, “Ashish is a seasoned tech entrepreneur who has demonstrated that he can successfully build a scalable tech company. That, combined with the massive wealth management opportunity in India’s fintech sector, made it a win-win.”

From a customer point of view, second-time entrepreneurs come with higher trust and equity. An example of that was when Cred launched its beta version last month. Multiple messages from friends, family and literally anyone part ecosystem said the same thing – “Have you tried Cred?” “You must try Cred”. Its brilliant”.

“Kunal is a marketing genius. He knows the pulse of the consumer and what it takes to get them hooked,” said an investor when we got talking at an event.

Kunal sold his first venture - FreeCharge - to Snapdeal in 2015 for $450 million, one of the biggest consumer internet M&As of that time. He then served as chairman of the Internet and Mobile Association of India (IAMAI) and later as an advisor to Sequoia Capital. Ashish’s Goibibo’s merger with MakeMyTrip for an estimated valuation of $2 billion was then one of the biggest transactions in the travel tech space.

Aprameya’s TaxiForSure gave tough competitor to Ola Cabs and was eventually acquired by the latter in 2015 for $250 million. For two years after that, Aprameya played an active role as an angel investor and advisor to several startups. He has so far invested in 12 startups – some public knowledge, some not – and his investments range between Rs 10 lakh and Rs 40 lakh.

A fifth-time entrepreneur, Satyen had cracked enterprise payment with Citrus Pay. Sachin Bansal, the poster boy of the Indian startup ecosystem, recently registered his new company BAC Acquisitions. While there are no details as yet on what the company would do, all eyes are on it.

Falling in love for the second time

Ashish says starting up again is like falling in love for the second time. “Everything that walks and crawls on that platform was envisaged by me and my core team. I was in love with GoIbibo,” Ashish said.

A second venture, he says, is about falling in love all over again. It is about finding the problem you feel passionate about to solve.

As the ecosystem matures, there are many new ventures started by old hands. What will now be interesting to see is how many more startup in 2019, and what exactly will BAC Acquisitions do!