Entrepreneurial success is also about getting the boring stuff done 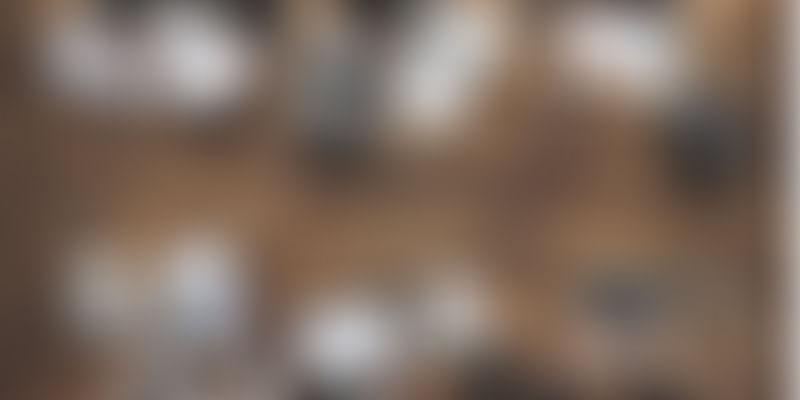 Success is not in chasing the best or the next, but rather is in getting stuff done; often it’s in getting the ‘boring’ stuff done.

Have you ever come across a person who gets excited about new ideas and equally quickly moves on to the next? Such people are all around us, and increasingly so.

The unavoidable penetration of technology and social media in our lives is not helping the plight either. The pursuit of the next and the more exciting is incessant, and the threshold of what’s exciting is an ever-increasing one. While this might be good from a purely intellectual and adrenalin perspective, it is a serious problem when it comes to creativity or innovation.

More specifically, on entrepreneurship, the success is not in chasing the best or the next, but rather is in getting stuff done; often it’s in getting the ‘boring’ stuff done.

When the late Steve Jobs quipped – “real artists ship”, he took our collective attention from his genius and creativity to what really matters to business- execution. As for creativity and originality, the same legend said – “good artists copy, great artists steal”. And yet we fall for the novelty, the originality, the first-mover advantage, the eureka moment, the spark in the head and the feelings in the gut!

These may be the necessary conditions of innovation (read commercialisation), but certainly are not sufficient, by any stretch of imagination.

Shipping or commercialisation calls for a whole host of competencies, often routine in nature and boring to the core, that the excited entrepreneur chooses to overlook, often to her own peril.

The dirty, repetitive, attention-to-detail, non-sexy type work isn’t what excites the entrepreneur (in the making), and hence we see a very few of the entrepreneurs (read businesspeople).

The question then is – why do entrepreneurs shy away from the boring stuff, knowing very well that it’s unavoidable? Or, why execution doesn’t come easy to entrepreneurs? Let’s define execution as – “getting things done”.

I reckon, there are three reasons for this make-believe behaviour. Firstly, most entrepreneurs haven’t planned for or even gotten trained in managing execution. Secondly, execution calls for different skills and temperament than what the core team might possess, especially of that of delegation.

The perennial debate is on whether management education helps entrepreneurs? While the jury is still out on how much formal education contributes to the initial idea or the entrepreneurial zeal, but there is enough and growing evidence on the significant role formal education plays in scaling and managing an enterprise.

Remember, an enterprise is truly above and beyond the idea or even the entrepreneur (rightly so).

A know-what and know-how on how to run enterprises either come from the sheer working in the industry or by going through formal education, which is to say – informal and formal means, respectively.

While these two approaches may not be able to be substituted, but it’s always wise to learn from others’ experiences, especially when critical resources are at a premium.

Since most entrepreneurs lack a substantial formal or informal learning on ‘how to’ get things done, they are happy intellectualizing the idea and its whimsical impact, and not ready to face the reality.

Little doubt that there is a comprehensive evidence shown by research that successful entrepreneurs are in their 40s and not 20s, and that’s the time taken to gain expertise on execution[1]. And maybe then the entrepreneur realizes that it’s never one killer idea, but a series of incremental steps done right.

It is unwise to expect the very person or the team that came up with the initial spring to be adept at execution. However, knowing well that it’s never that proverbial ‘spark of genius’, or one right decision, that shapes the fortune of an enterprise, it’s imperative to look beyond oneself or the core team. Like it or not, delegation is a necessity here, and a mindset and skillset that most entrepreneurs aren’t prepared for, and/or aren’t comfortable with.

Knowing when and whom to delegate to, how much to delegate, and what governance and incentive mechanisms to have, is part science and part art. Even the formal and informal training might appear short when it comes to taking a few critical calls, and hence, it squarely falls back on the temperament of the founder or the founding team.

Three quick insights here – firstly, hire someone who’s just about 70 percent ready for the job and bet on the person; secondly, frame and scope the task in a largely non-ambiguous manner; and thirdly, have clear incentives for performance and non-performance. Of course, both the parties will improve with time on the aspect of delegation, but sooner the better is the motto here.

The (first-time) entrepreneur may have gotten so much used to the eureka moments, the cerebral and high-decibel conversations, and so much written and spoken about the person, it’s natural to gravitate towards what offers instant results.

As is well-known in bringing up a child or an organisation, most success is intangible, deferred, and painstakingly slow, and that is the new rhythm one must get used to now.

While the world knows Jeff Bezos to be a brilliant entrepreneur and Amazon to be one of the world’s most innovative and valuable companies, the man doesn’t fear admitting that – “every overnight success took us ten years.”

So, endurance is the currency of (successful) entrepreneurship, and being comfortable in doing the often repetitive, boring to the core, unpleasant tasks. Thankfully, with the advent of powerful computing, lowering information asymmetry, and cheap connectivity, some of the boring stuff can well be automated, outsources or delegated, but one must remember that every exciting stuff will get boring with time, and then the winners emerge.

In summary, if you are an aspiring or struggling entrepreneur, learn to get your head around the boring stuff, for the excitement is always short-lived, in life and in business. If you are a seasoned one, tap into the power of pervasive communication and computation, and adopt the levers of automation, delegation, and outsourcing to get the boring stuff done more effectively. But, there’s no avoiding it. That’s the yin-and-yan of the business.