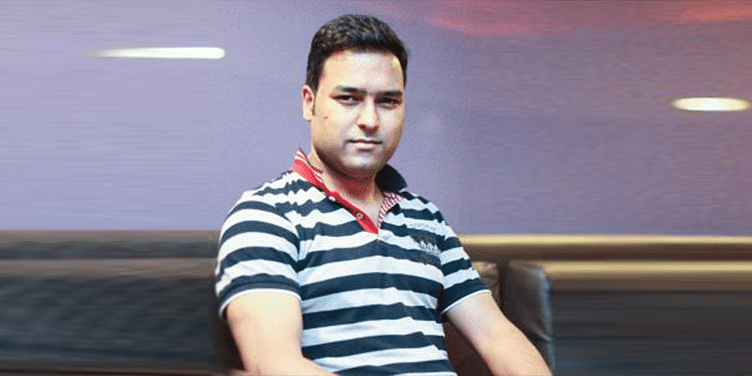 When dollar dreams strike, an MBA from a US university and a plush corner office with a view are the 'final goal', but the first step is always the admission, and even before that, the prep for GRE and GMAT.

Mayank Srivastava founded Experts’ Global in 2008 while pursuing his MBA from Boston University. And over the last 10 years, his bootstrapped, profitable edtech venture has successfully placed thousands of students at various business schools in the US through its online Graduation Management Admission Test (GMAT) preparation programme. Talk about helping dreams come true!

Times change, as do the dynamics of the market - and to stay relevant, Mayank decided to shift his focus to technology. The Noida-based Experts’ Global is now banking on its newly-developed Artificial Intelligence (AI) technology platform to take its game to the next level.

Mayank and his 12-member team have developed a new platform with strong AI elements, to provide more curated and personalised content to aspiring students. The platform was rolled out in February this year.

“Our software can tell students what their weakness is, thereby helping them to better prepare for the test,” says Mayank.

The software gathers and analyses data depending on user behaviour and makes custom recommendations. It also has over 300 conceptual videos embedded in the software to give students the flexibility of study time. Further, there is a significant number of practice questions and computer-based tests.

Mayank says, “The industry is changing with the presence of both traditional and new-age players. Our largest competition is from US-based companies, and we need to maintain our quality standards.”

Apart from its ease of use, the software also gives the edtech company the ability to reach out to a larger number of students across the world, he adds.

This is an increase of 21,000 students over the previous year and a growth of 12 percent. Further, the number of Indian students in the US has doubled over the last 10 years, and India is the second leading place of origin for students coming to the US, comprising 17.3 percent of all international students. However, the majority of Indian students (56 percent) in the US are studying at the graduate level.

Mayank says affordability and superior software will determine the company’s success in the marketplace. Experts’ Global’s GMAT preparation programme is priced in the range of $50 to $150 depending on the requirement. The duration of the course is about six months.

Since inception, the edtech platform says it has trained around 10,000 students from over 50 countries including India, North America, Europe, Australia and the Middle East. Currently, 50 percent of its students are from India.

The company claims a major part of its business comes from GMAT preparation, but it also has an admission consulting segment. “Securing GMAT scores is only 30-40 percent of the game, and the real test beings later during the admission,” says Mayank.

The admission consulting business requires considerable handholding, and Mayank says he personally experienced challenges while securing admission to the right college in the US.

The company now wants to keep this segment small as it requires personalised attention and the number of intakes every year is only around 200.

In its first year of operations, Experts’ Global had trained around 300 students for GMAT, and in 2017 it trained close to 2,000 students. This year it expects to cross 3,000 students.

However, the bet now is the AI-driven software platform that will provide a faster trajectory. “We are expecting 100 percent growth over the next two years and this will be largely due to our software,” says Mayank. The admission consulting business of Experts’ Global has been growing 100 percent every year, while the GMAT preparation segment is growing at around 35 percent.

Not looking for funding

Amid the growth and profitability the company claims it has maintained over the years, Mayank says he is not looking for any external funding to support future growth plans. “We are able to generate enough resources internally to fund our expansion plans,” says Mayank.

At the same time, he has other plans up his sleeve, which he describes as the desire to solve problems. The plan is to come up with software that will help decide career choices for people, starting from the age of 13 going all the way up to 45.

“A lot of people are confused about career decisions and we are developing software which will map one’s behaviour with 8,000 different choices,” he says. The product development is underway and the beta version is projected to go live by early 2020.