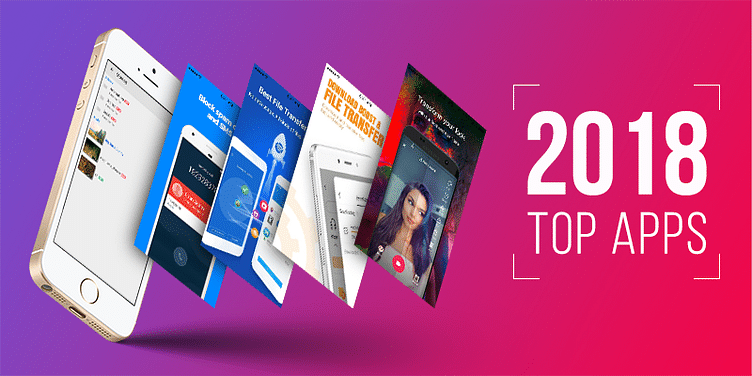 India is the world’s second-largest mobile app market by downloads. So, it does not come as a surprise that app makers from across the globe are treating users with India-first features and local customisations.

India consumes a lot of mobile apps and ranks ahead of all countries in the world, save China. In 2017, the country accounted for 58 billion of the 175 billion mobile app downloads globally, second only to China’s 65 billion. Essentially, India tops all other mature internet markets - the US, the UK, Japan, South Korea - and most other emerging markets - Brazil, Russia, Indonesia, etc.

Analytics firm App Annie reveals that mobile app downloads in India have surged a whopping 215 percent in the last two years, mainly triggered by the launch of Reliance Jio in late-2016, which truly democratised mobile internet in the country. Further, Mary Meeker’s definitive yearly internet trends report calls India one of the “most fascinating markets for the internet on the planet.”

Even as we wait for the 2018 numbers (likely to be released early 2019) from App Annie and other sources, YourStory looks at the most happening apps of the year - those that went from strength to strength, adding tens of millions of users, rolling out a slew of new features, forging new ecosystem partnerships, and more. (Note: This is not a ranking, but a listing.)

SHAREit is India’s fifth-most downloaded mobile app, according to App Annie (it is preceded only by Facebook-owned social media apps). SHAREit began as a free, platform-agnostic, file transfer mobile app and has now evolved into a holistic content-sharing and distribution platform. It has 1.5 billion users globally, of which over 400 million are in India - the app’s largest market. Earlier this year, SHAREit acquired South Indian OTT platform FastFilmz to drive more community engagement on its platform, particularly in language markets. FastFilmz Founder Karam Malhotra took over as SHAREit CEO in October.

In September, Tinder became the highest-grossing Android app in India, ahead of even popular gaming apps like PUBG, Candy Crush, Coin Master, etc. Its subscription-driven service, Tinder Gold, has managed to woo India’s lonesome hearts and added to the popularity of the app. India happens to be Tinder’s largest market in Asia. While Tinder doesn’t share country-specific numbers, Gold has over three million paying subscribers, more than 50 percent of which were added in the last one year. Tinder also rolled out a new ‘Top Picks’ feature for paying subscribers in India. Top Picks are a curated daily list of potential matches, and groups users as per their tastes and preferences.

Truecaller is India’s fourth-most downloaded app (after WhatsApp, Facebook and Messenger), according to the Mary Meeker Internet Trends Report. India is its biggest market with over 150 million users - more than 60 percent of its global user base. From a phone number search and caller ID application, it is now a full-blown social, communication and payments offering. In June, Truecaller acquired homegrown fintech startup Chillr to ramp up its mobile payments unit. It plans to roll out credit and other financial services for Indian users on its app shortly. Truecaller has also partnered with ICICI Bank for a UPI-based payments service.

TikTok (known as Musical.ly before it was acquired by Chinese app-maker Bytedance) is this year’s runaway hit in India. The app, which encourages users to post short, unfiltered videos from their daily lives, is among the 10 most downloaded apps on Indian Play Store and App Store, according to SimilarWeb. It has notched up over 15 million users in India, and more than 250,000 short videos are posted on the platform daily. TikTok allows users to create lip-synced videos with audio superimposed from songs or film dialogues. Its popularity in India has been driven by Bollywood youth icons including Tiger Shroff and Disha Patani, and local internet sensations like Bhuvan Bam, Mallika Dua, and others.

Korea’s MX Player was just a video playback app — a very popular one at that, consistently ranking among the top 10 downloaded apps on Play Store — until June 2018, when Times Internet acquired it for a mammoth Rs 1,000 crore. Now, MX Player is pivoting into a video-streaming platform, and will develop original content along with Times Internet. MX Player has been a superhit app in India for a while. The app claims to have over 175 million monthly users in the country. App Annie reveals that MX Player counts over 50 million daily active users, which is much more than other streaming services’ DAUs.

Also read: These 5 video-streaming services are making subscription a habit for Indians