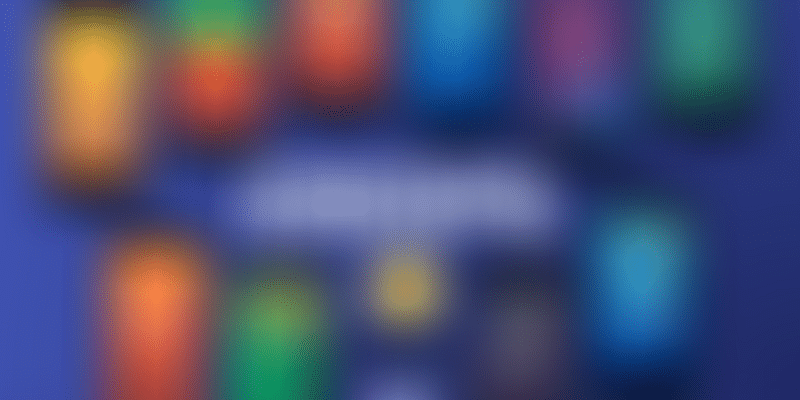 Drops gamifies language learning with beautiful graphics and seamless micro animations. There are 31 languages and 99 topics to choose from.

Language is currency if you’re a global citizen. It helps you connect, communicate, belong, assimilate and ‘glocalise’. The need to learn new languages is perhaps greater than ever before with more and more people inhabiting alien lands in pursuit of better jobs and happier lives.

That possibly explains the enormous growth in language learning apps in the past few years. The likes of Duolingo, Babbel, Memrise, Busuu, and others count hundreds of millions of users worldwide who are keen to brush up their language skills with a few taps on the smartphone.

The smartphone has, in fact, changed language learning at its core. Even teachers, translators, and linguistic experts would attest to that. Not only are alien words more accessible today, but language apps have also taken the tedium out of learning, and made it a fun, engaging, and playful activity. The mobile phone helps create a multi-sensory experience that augments the learning process.

Drops is one such app that gamifies language learning with beautiful graphics and seamless micro animations. It is almost like a mobile word game that absorbs you with its vivid colours, minimalistic illustrations, and pleasant sounds, and also lets you pick up a new language along the way.

Also read: Forget qwerty, you can now type your mother tongue on this specially designed keyboard for Indic languages

Drops won the Google Play Best App of 2018 award among the top apps in Play Store’s ‘Education’ category. It hit a million-plus Android download and is rated 4.8 out of 5. Drops is “the app that we found ourselves returning to and sharing with friends all year. Beautifully designed and universally useful,” Google Play stated in its annotation.

“Back in 2015, we had an idea for an app that would change the way we learn languages. Rather than add game elements to a boring, traditional language course, we reversed the process and built a game that allowed learners to play their way to a new language.”

In three years, Drops has grown to 31 languages (including local dialects and even endangered native tongues like Hawaiian). So, Drops can distinguish between Mandarin Chinese and Cantonese Chinese, Castilian Spanish and Latin-American Spanish, American English and British English, and more.

You can even learn Hindi - the only Indian language so far - on Drops. There are no words to be typed or no commands to be fed in. A few taps and swipes are all it takes to navigate through the app.

You get an extra minute by watching an ad. Two lessons are available for free every day. There is, of course, a paid subscription that lets you unlock more words, languages, and minutes. A Drops monthly subscription is available at Rs 789.

Let’s look at the app now.

Drops allows access to users even without logins. But, if you want to track your progress, an account has to be created.

You select a language you wish to learn.

Then, choose a skill level.

The home page lists all word categories. There is one open five-minute set in each category. Other lessons are locked for non-paid users. Sometimes, Drops lets you unlock a free lesson by showing an ad.

Choose a category and get started. We selected Food.

Each word is fed into your memory in two or three ways that include arranging jumbled letters, picking the right illustration, and tapping on X or ✓ symbols.

You can go back to the homepage and choose a new category even in the middle of a session. On the top-right of your screen is a time-tracker, and on the left is the word count i.e., the number of words learnt in a five-minute session.

At the end of every session, the app gives you an option to leave a review.

You can track your progress. Depending on the number of words learnt, Drops awards your badges - Newcomer, Novice, Tourist, Conversationalist, and so on.

Category-wise progress can be tracked by selecting ‘Collection’ from the menu bar at the bottom. It shows you a list all words learnt until any given point.

You can unlock tough words by finishing the first 50 words of a lesson.

And lastly, you can switch to a premium version through Account Settings.

Drops is delicate, pretty, and oh-so-useful

Google was right. Drops makes you come back to it for more. It is immersive, addictive, visually appealing, and entirely useful.

The app is designed to simplify language learning with the help of images, which the human brain is said to process much faster and better than text. It helps that Drops also offers accompanying pronunciations that have been recorded by trained actors and voice artistes - owners of impeccable diction.

Add to that its vibrant graphics, playful animations, and an overall beautiful interface. It is no surprise then that Drops is currently the fastest growing language app in the world.

The only possible turn off is its steeply priced subscription, which a lot of Reddit users seem to be complaining about.

But, there are others who stumble upon Drops after much ado and are relieved. One user wrote, “I’d been trying to find a good vocabulary-learning app and had no luck; most of the apps are tedious, only use Roman, not interesting, and have a bad UI design. Or they don’t put much focus on vocabulary.”

And then he found Drops. The rest is history!