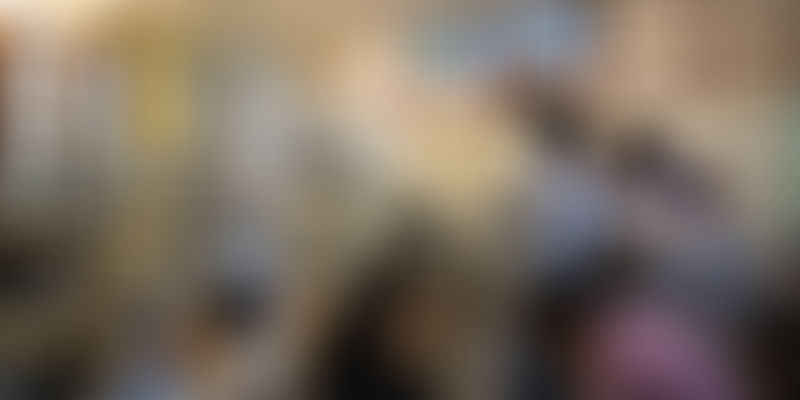 Bengaluru-based Bellatrix Aerospace has developed a new propulsion system that lets satellites take on more payload. It has also landed ISRO as its first client.

For decades, space exploration has been the domain of government agencies across the world. Only nodal agencies or government-backed institutes like the NASA, ESA and our very own ISRO have had that privilege. Of late, private companies such as Elon Musk’s SpaceX, and Jeff Bezos’ Blue Origin have entered this area in the past few years. Now, Indian companies too are entering the niche area of space technology. The big challenge, of course, is the cost of sending anything into space.

A big part of that cost is the price of fuel and its weight. The lighter a satellite, the lower the cost. And a lighter satellite can carry more into space. Rohan M Ganapathy, an aeronautical engineer, realised the potential in this area and wanted to develop an alternative solution to existing satellite fuel propulsion. However, this was not something he could do on his own.

The team soon expanded to include Yashas Karnam, a family friend of Rohan's, as well as two juniors from college, Saagar Malaichamy and Vivek Murugesan. Together, they founded Bellatrix Aerospace in 2015.

Today, its claim to fame is an indigenous electric propulsion system for satellites, called Microwave Plasma Thrusters (MPT). Through the MPT, Bellatrix offers its customers the ability to take bigger payloads into space at a reasonable cost. The founders claim it is also eco-friendly and a cleaner alternative to the existing electric propulsion.

“We are the only startup that ISRO is collaborating with for joint technology development for the electric propulsion.”

The need for a Microwave Plasma Thruster (MPT)

When it comes secondary propulsion, electric thrusters are more efficient compared to chemical ones. This is because an electric propulsion system uses only 200-250 kg of fuel when compared to two tonnes that a chemical propulsion system needs. This drastically brings down the fuel weight and the overall payload weight. So the satellite has more space on board for transponders (communication devices) on satellites for the same amount of fuel at the same price as a chemical one.

The MPT from Bellatrix is an advanced type of electric propulsion system. It is zero-corrosion, so it solves one of the biggest problems in existing electric propulsion systems. Corrosion erodes the electrodes on the thrusters, which reduces its lifespan when in orbit. Overall, the MPT is lightweight and possesses a lifespan that is 3x longer, which makes it more efficient and cost-effective.

Also read: ISRO plans to launch 32 missions, including Chandrayaan-2, in 2019

How the journey to space began

Rohan, an aeronautical engineer from Hindustan College of Engineering and Technology, Coimbatore, was keen on working on a satellite propulsion system during his college days itself. In 2012, while in his second year, he took up the project and started developing an MPT. That year, he was fortunate to get an opportunity to meet the head of the R&D department of the Jindal Group during an event. Later, he also got to meet Sajjan Jindal, Managing Director of the JSW Group, and explained the technology behind his project.

Impressed by the idea, the conglomerate gave Rohan a grant. That's when the team of four came together and set up an office in Coimbatore. In 2016, Bellatrix Aerospace moved to Bengaluru when the team got a space at the Indian Institute of Science (IISc), through the Society for Innovation and Development (SID). Here, the team got access to the labs and the machines required for their research to work on their electric propulsion system. Today, it also has a strong advisory board with M Srinivasan, a nuclear scientist and a Padma Vibhushan awardee; Dr Ugur Guven, an Aerospace and Nuclear Engineer; and Dr Guru Prasad, President of Aximetric Inc, USA.

Bellatrix had another stroke of luck when they met then ISRO Chairman A S Kiran Kumar at an event and showed him their concept on paper. The Chairman responded by calling them over for a presentation. Several rounds of review later, ISRO onboarded Bellatrix as a supplier.

Competition and challenges in aerospace

"Only Indian companies can build things for a better India, be it in healthcare or space. With the tremendous competition going on, India cannot rely on foreign players to address its requirements. Then, it becomes necessary for DRDO and ISRO to encourage smaller players to participate in this domain."

The space market in India

Apart from Bellatrix Aerospace, startups such as Dhurva Space, Team Indus, Astrome, Satsure, and Astrogate have come up in the last five years. However, these startups are working on different segments of the space market. Apart from ISRO, the space market in India is very niche and nascent.

Rohan says, “It may take at least another five years for the Indian ecosystem to mature. Despite the presence of foreign players, we have a good chance of selling our propulsion systems to ISRO, owing to government policies favouring Indian companies over foreign counterparts.”

The team declined to speak about any potential international expansion plans. Nevertheless, in addition to the development of satellite propulsion, the team looks forward to building launch vehicles, which are in the initial stages of development. At present, Bellatrix’s reusable launch vehicle Chetak is also set to disrupt the micro launcher industry.

“Our goal is to become leaders in spacecraft propulsion and small satellite launch vehicles. By pushing the boundaries of innovation, we are working towards bringing down the cost of access to space to prepare for a future where space tugs and lunar mining are a reality,” says Rohan.

Also read: A planetarium in my classroom: TareZameenPar brings the marvels of outer space to lakhs of students in rural Karnataka