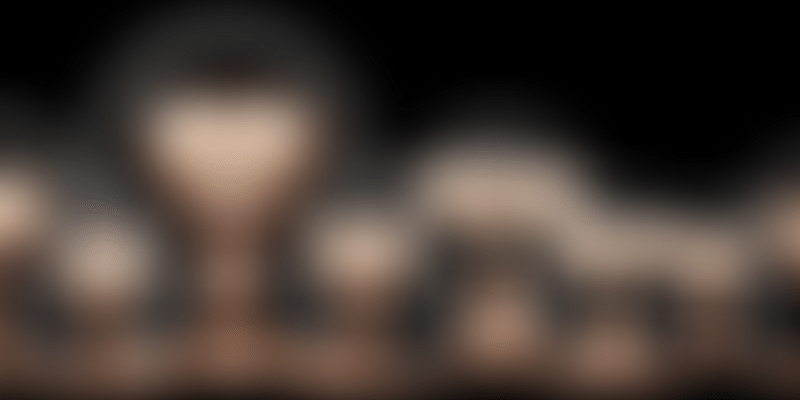 Are you trying to reshape your brand’s image to appeal to the new generation? Take cues from these five marketing success stories that helped brands kindle interest among their target audience and achieve growth.

Marketing has many delivery mechanisms in the online world, from email to YouTube, spanning every communication mode, and enabling a wide range of frameworks, from informative posts to viral videos. Businesses big and small are working across marketing channels and tools, which are accessible with a smooth learning curve and feasible costs.

The same ease of accessibility creates a high degree of competition that necessitates continuous efforts to acquire a well-oiled online marketing machine. All businesses can develop a close and involved relationship with their customers with the exchange of every kind of information. Marketing efforts can be customised to each customer making online the most powerful medium for customer communications.

To come out on top, businesses can gain momentum with new ideas that connect with their customers through smart implementation. Innovative marketing campaigns click when the messaging, the targeting and the delivery are all spot on.

We have picked out five success stories that got it right across the board.

The Japanese apparel maker went to the roots of its product and redefined its branding and appeal to consumers. The campaign was based on questions that connected with the people - those traised during its first global campaign in 2016 included ‘Why do we get dressed?’, and ‘What motivates us to dress on different days over different needs?’. The brand was able to tap into shoppers’ thought processes as they go about picking up the dress to wear each day. It offered suggestions on the types of colors that would suit different physical and mental preoccupations. Asking the real questions relevant to the particular product is what made Uniqlo stand out in its successful journey to being a super brand. Prior to getting on the global stage with its ‘Why do we get dressed’ campaign, Uniqlo won awards with its 2007 downloadable-clock idea, which was deployable on blogs or as a screensaver. Dancers wearing a range of clothing would be displayed on the clock through the day. Innovation combined with a simple utility of a digital clock brought Uniqlo’s apparel designs to customers through the day. As the brand began to grow worldwide, it set out with its basic and intuitive connect with people on their dressing moods.

To secure the complete and total attention of your target audience requires the creation of campaigns that talk to the most notable issues or situations that the demographic goes through. This is what feminine hygiene company Always did with its #LikeAGirl campaign. The campaign had real people acting out how they felt girls ran, and juxtaposed it with how real, pre-puberty girls did the same things. As the campaign used real people, the ad picked up natural expressions of people on their opinions of what it meant to do things #LikeAGirl. With such real depictions, the hashtag acquired resonance across the board and for sure with its target audience. Clicking with the people whom you are marketing to requires you to be clued in on the real situations they experience. Of course, it took a very experienced director to achieve the campaign’s success, but it is surely the premise of linking up with young girls and their needs that was the foundation. Most importantly, this was also the company’s move to communicate with the emerging generation of consumers. The entire campaign revolved around the hashtag #LikeAGirl, generating 85 million global views on YouTube from 150+ countries. With such descriptive, interesting and powerful hashtags, marketing acquires a momentum of its own.

Putting fun into the dreary can seem easy but one needs to be spot on to actually get users to subscribe to what you define as fun. When tax-returns service provider H&R Block wanted to break away from its image of a staid old company, it embarked upon a campaign targeting the demographic that wants to know things: hipsters. The company adopted a similar tone and, in fact, took it to a level of parody of the age group that was considered mocking, but it surely achieved its purpose of getting across to a segment that it felt was essential to sustain its business in the digital age. At the same time, the campaign also had the humor that made it connect with all audiences. Having a fun quotient in marketing always makes it easier to get into many more conversations, and keep the message at the forefront of all online platforms. In its campaign, H&R Block was also not shy of getting itself into the act by dropping any pretensions to be a grand old company, which it actually is. The campaign had its own microsite and was distributed across its social media channels of Facebook, Twitter, and YouTube.

A similar sector to tax in terms of complexity is insurance. While most insurance campaigns are about spelling out the small nature of the premiums when compared with the coverage, there is a whole lot of stuff that consumers would love to learn in terms of developing assurance in their plans. This is what Liberty Mutual undertook in its content marketing campaign. The agency tied up with ‘HowStuffWorks’ and developed a brand named MasterThis in the form of sequential guides. The campaign used first-, second-, and third-party data to fashion a combination of content that would be just what the consumer needed to learn/know at different phases of the insurance acquisition process. The company achieved an 800-percent increase in time on site, which was over four times its target. MasterThis was presented over multiple channels of email, social media, advertising, direct mail, voice assistants, sponsorships, and more. The success of the campaign shows that no matter what business, the need for presenting simple and effective content is important while tailoring the content for different phases of the customer journey.

Integrated marketing delivered online marketing success to century-old seafood brand Gorton’s. First, Gorton’s homed in on the specific target audience that it wanted to appeal to, which was busy people with tight time constraints, across all ages. The agency worked on the delivery of the marketing message as a ‘psychographic and not a demographic.’ While resurrecting its traditional Gorton’s Fisherman character to spell out the brand’s strengths in seafood, the brand added a new twist to the character by presenting the fisherman as being a ‘fish out of water’ in seven episodes as a sporting fan, bachelor, etc. Alongside, Gorton’s redesigned its website to focus on innovative approaches such as ideas for families with members not eager to go in for new recipes. In the next season, Gorton’s developed videos with mythical characters related to the ocean. Both video series were posted across Instagram, Pinterest, YouTube, and Facebook while marketing across in-store, loyalty and other avenues. The accent on entertainment was delivered with the precise audience in mind and broad-based online distribution as well as working across different marketing approaches. Gorton’s is proof that no matter how old a company is, it can still come on top in online marketing.

The evolution of digital marketing as a practice and technology at the same time has helped brands to hyper-target their messages to the intended audience with the tools available (example Shoppr/Hubspot, etc), and resources used by bigger brands are now available to enterprises and entrepreneurs to experiment and setting strategies for marketing their products.