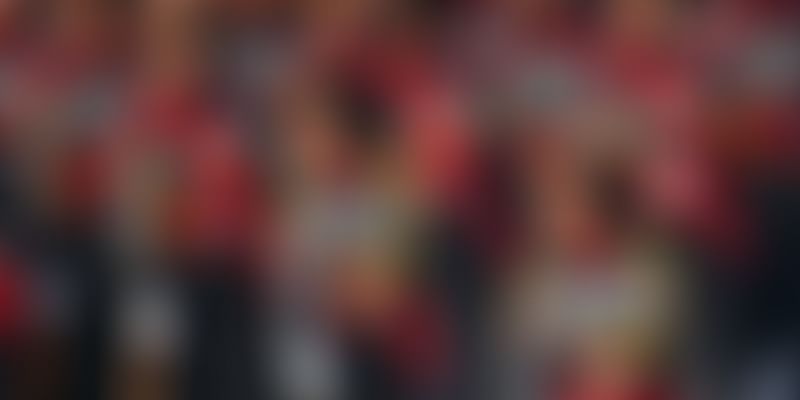 The children awarded with Pradhan Mantri Rashtriya Bal Puraskar were all smiles as they greeted President Ram Nath Kovind and Prime Minister Narendra Modi with folded hands as they passed the Rajpath during the Republic Day parade.

The children, awarded by President Kovind on Tuesday, stood up in a decked-up open jeep and gleefully waved at the crowd gathered to celebrate the 70th Republic Day. President Kovind and Prime Minister Modi waved back at the children.

The Pradhan Mantri Rashtriya Bal Puraskar was given to 26 children and under two main categories Bal Shakti Puraskar and Bal Kalyan Puraskar.

The youngest awardee was seven-year-old Eiha Dixit, who waved excitedly at the crowd as she paraded in front of them.

Also read: This Republic Day, here’s another reason to celebrate: India Inc. is now a big part of the war against plastic pollution

Among other Bal Shakti Puraskar awardees in the field of innovation were Mohammad Suhail Chinya Salimpasha, Arunima Sen, Aswath Suryanarayanan Sen, Naisargik Lenka, A U Nachiketh Kumar and Madhav Lavakare.

In the field of social service, Aryamaan Lakhotia, Prathyaksha B R and Eiha Dixit were awarded, while Ayushman Tripathy, Megha Bose and Nishant Dhankhar bagged the award in scholastics.

As many as 616 schoolchildren also performed during the Republic Day event in Delhi.

Three schools were selected by the Directorate of Education and the Defence Ministry to perform at the function and children from East Zone Cultural Centre also participated in the event.

India celebrated the Republic Day with a grand display of its military might and rich cultural diversity as the ceremonial parade rolled down the majestic Rajpath here in presence of South African President Cyril Ramaphosa as the chief guest.

The theme of this year's celebrations was principles of Mahatma Gandhi.

Also read: From the history books to Facebook, Gandhi’s principles have been reduced to just three emojis