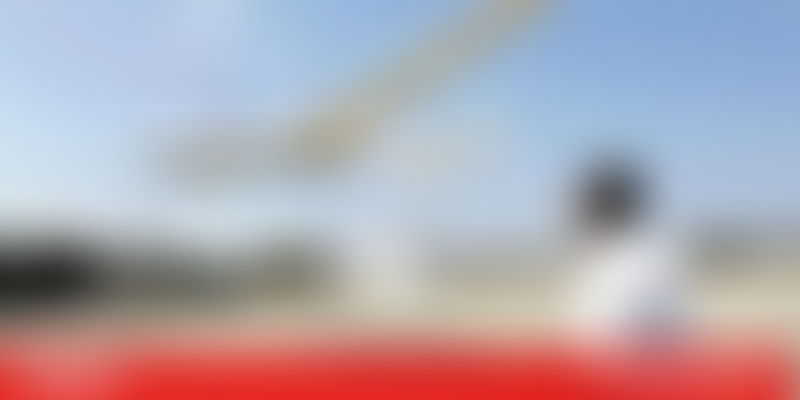 From a blanket ban on drones until a few years ago to rolling out a robust regulatory roadmap for drone operations, the Indian government has come a long way. At the first-ever Global Aviation Summit organised by FICCI and the Government of India, Minister of State for Civil Aviation Jayant Sinha unveiled the Drone 2.0 policy that will come into effect in March 2019. Under the Drone 2.0 policy, India is all set to allow the commercial use of drones - as delivery vehicles, air taxis, and other services - beyond the visual line of sight. That means Zomato can deliver your food on drones. Even Uber can ferry you from Point A to B on air taxis.

In a major push to curb pollution, Gensol Mobility, a part of the Gensol Group, has launched India's first 100 percent smart electric fleet of cabs called Blu-Smart in New Delhi and the National Capital Region (NCR). The company has invested Rs 50 crore as its capital expenditure, and to make sure the fleet doesn't run out of charge, it has planned to set up a massive charging infrastructure comprising 65 stations. Each station will have the capacity to charge up to 20 vehicles at a time, with 20 charging points.

Homegrown over-the-top video platform Hotstar has announced that it will invest Rs 120 crore in creating original ‘Specials’ to compete with the likes of Netflix and Amazon originals. While the global players have been investing in creating original content to attract more local customers, the Star India-owned company’s USP is its sports content and its own network’s enormous repository of content. Star India already creates its own original content, but not exclusively for the OTT platform.

India to grow from auto-rickshaws to air rickshaws

According to the Ministry of Civil Aviation, air passenger traffic has grown “exponentially” in the last four years and is expected to cross 1 billion trips by 2040. Between 2015 and 2019, trips have more than doubled from 100 million to 225 million, operational airports have grown from 70 to 100, and planes in the sky have increased from 400 to 700, according to government data. Not only in terms of volume, but the affordability of flying has also increased. “The world’s most affordable airfares can be found in India,” said Jayant Sinha, Minister of State for Civil Aviation.

Agritech startup WayCool Foods has raised a funding of Rs 120 crore, as a combination of equity and debt, in a round led by global impact investor LGT Impact. Other prominent angel investors and institutional lenders including Northern Arc Capital and Caspian also participated in the round. With the freshly raised funds, the Chennai-based startup will be looking to scale up operations across the southern and western parts of India. For the funding round, Veda Corporate Advisors acted as the exclusive financial advisor to WayCool.

Spotify, the world’s largest music streaming service, has been prepping for international expansion for some time now with an eye on India’s huge market. Latest reports suggest that the company might have cleared the ground now, inking a deal with India’s largest record label T-Series. A music catalogue of over 160,000 songs – including Bollywood music, regional soundtracks and songs from independent albums and artists – will be available on Spotify.