When the going gets tough: how Haptik found its sweet spot in a B2B play 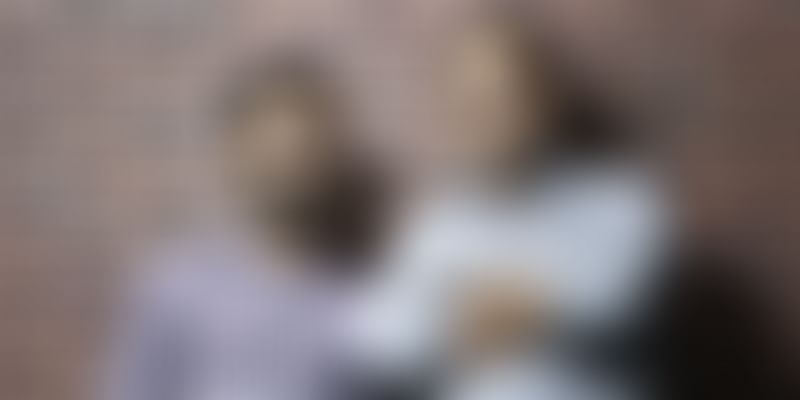 Mumbai-based Haptik, which began as a consumer product, now builds chatbots that companies can deploy on websites, apps, and other applications. Here’s the story of its quiet transformation over the past two years.

It is widely believed that nine out of ten startups fail. Many because they can’t keep it together and scale. Others because they haven’t been able to raise the funding they need. But what happens when you have a startup that solves a clear need, has a driven team, is using the latest technology, has raised the funding it needs, and yet is going nowhere?

Well, if you’re smart, you take a step back, reflect and plot out a different journey. One that is scalable and brings in money. And that’s what Haptik did.

Back in 2013, Haptik was founded on the belief that mobile messaging would become the preferred communication platform over the next decade. Its users sent messages to virtual assistants (representatives of various companies) via the app and received answers – troubleshooting via mobile. What could be simpler?

Today, Haptik is a B2B solution for enterprises. It builds chatbots that companies can deploy on websites, apps and other platforms. It uses a mix of AI, ML, and natural language processing for its chat platform. So, what prompted the move away from a B2C model?

In 2014-15, mobile concierge services and chat-based commerce had started generating a lot of interest in India and across the world. At its peak, Haptik was one of the top 25 apps on Android and top 50 on iOS with over 100,000 total downloads, 40 percent of whom were active in any given month. It was on its way to becoming the market leader in what was turning into a crowded space.

In 2016, Facebook launched its virtual assistant for Messenger, M. That same year, WhatsApp dropped its $1 annual subscription fee and announced plans to enter the B2B sector by on-boarding businesses on its platform.

“We believed that over a period of time it (chat messaging) would be the primary way of communication. And, like with any new technology, the best way to see if it there was a market was to take it to the customer,” recalls Co-founder Aakrit Vaish.

"In 2016, we had just raised funding north of $10 million and we were big on the consumer story. We were focused on marketing and building the brand around a virtual assistant-backed, consumer-driven product. We felt there was a massive consumer internet market, and got carried away,” he says candidly.

As he puts it, they “began building a ‘number of transactions, monthly-active users (MAU) and daily active users (DAU)’ type of company”. This led him to wonder if this was a must-have product or a good-to-have product. What would it materialise it into?

“By 2017, we took a pause and realised there wasn’t a market, and that this wasn’t what we had set out to build. We needed to return to the drawing board,” he says.

It is the type of admission that most entrepreneurs would hesitate to make.

Shifting to a B2B play

There has been enough speculation on whether chatbots work. The Chinese market loves them. The jury is still out on the rest of the world, but chatbots are growing. And as of now, they seem to have a predominantly B2B market.

Aakrit, an engineering graduate from University of Illinois, explains,

“When chatbots first came, there was a lot of hype. Everyone thought they were building the next Jarvis and the world would be AI-powered. But that didn’t happen.”

What did happen was their use in enterprise tech started becoming clearer. “Building tech companies out of India isn’t easy; there are challenges and the biggest one is working with no rule book or the right talent. Also, the first year was spent in educating the market,” he explains.

And while nascent, the market was also becoming very crowded.

For Haptik, that answer came in the form of a B2B play.

The primary vision was to build everything around chain and conversation interfaces. The largest opportunity and the biggest impact for the technology lay in packaging the solution well for enterprises.

That’s been their focus for the last 18 months. In the B2B, segment Haptik is used for customer service, lead generation, user engagement, and customer feedback. Its software development kit (SDK) can be integrated with any app to engage chatbots. Haptik also lets advertisers interact with different users on its network through chatbots.

The first B2B customer the team got was a small tech company as far back as late 2015. The company requested Haptik to build a chatbot for them.

“I am glad I said yes to that opportunity. In these 18 months, we have grown 8x in revenue, have 35 enterprise clients, and are processing chat requests for most large companies,” Aakrit says.

In June 2018, Haptik also designed the chatbot for Dream11 during cricket’s IPL season. “Our customer service chatbot for Dream11 went live before the IPL season started. The results were unexpected for us. The volume of queries handled and answered was so high that we had to allocate additional server space,” he explains.

Haptik currently claims to reach over 30 million devices in a month and says it has processed over a billion chat transactions. Its clientele includes the likes of Coca Cola, Samsung, IIFL, ShareKhan, and Cadbury.

“As part of our Make for India with StartUps initiative, we are happy to work with Haptik to enable AI Assistant services in the My Galaxy app. It offers a wide range of entertainment and daily life services where one app meets all user needs and is popular with Samsung smartphone users,” said Mr. Dipesh Shah, Managing Director, Samsung R&D Institute, Bengaluru.

The 100-member team is now looking to expand into newer markets. Haptik already has a few clients in the US, and is looking at that market closely. The IoT, chatbot, and voice assistance market is growing rapidly in India too. A Hansa Cequity Customer Experience Trends Report suggests that the chatbot market will touch $2.3 billion by 2020 from its current $700 million.

There is Silicon Valley-headquartered Gupshup, a bot and messaging platform, which enables developers to build, test, deploy, and manage chatbots quickly across all messaging channels. As of March last year, it claimed to handle over 4 billion messages per month and over 150 billion messages overall.

"We invested in Haptik back in 2016 based on the early signs of messaging as a paradigm for user interactions. Over the last year, we have seen tremendous adoption in enterprises adopting it as a platform to communicate with their users, with successful results. We are really bullish on what's to come from team Haptik in the next few months, and are prepared to back them all the way to making this a large global technology company from India".

For now, Haptik works only with text, but the team is building algorithms for voice assistance and automated systems.

“We are also looking to bring in Indian languages and language support, which can cater to the next 500 million users,” says Aakrit.