The next frontier: why using voice to control machines is the only way ahead 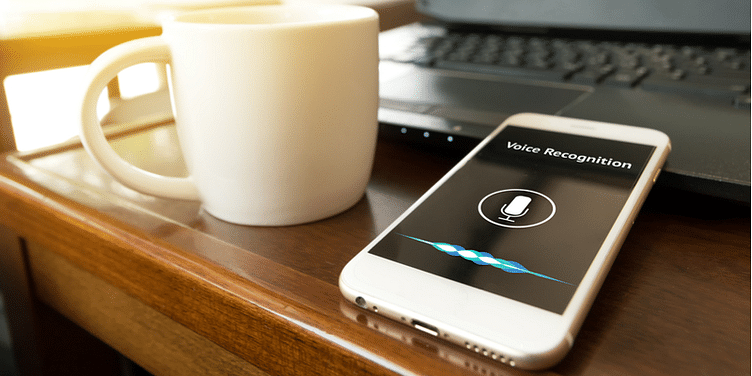 The application of voice recognition software in IoT development is set to change the way people live their lives.

What is the hullabaloo over the Internet of Things (IoT)? IoT is basically a network where a system of devices connects and communicates with each other as well as the end user. Several data transfers are made between these devices without the need of human-to-computer interaction. This means that data doesn’t need to be inserted; sensors themselves gather the data. And as soon as the data is collected, it can be used in real time. It is also stored in the cloud and can be accessed whenever needed.

We seem to have come a long way from the time when the internet was the Wild West. Today, smartphones, tablets, and apps can let us speak to anyone, anywhere in the world. But have you realised that the savvy gadgets we are using these days can speak to one another? I guess not! This is what IoT is all about.

It is a basic arrangement of interconnected devices or gadgets irrespective of their types whether mechanical or advanced machines. With no human intervention setup required, they exchange information over the system. How you may ask? Well, physical gadgets, in general, have the potential to associate well with modules that enable them to exchange information within themselves. It may interest you to know that these modules can likewise be used to hand off directions and simply by using Wi-Fi and infrared signals can control machines.

Now, comes voice recognition. Voice, or speaker, recognition is the term used to define the rare ability of a machine or program to receive and interpret dictation and carry out spoken commands. With the rise in intelligent assistance like Amazon's Alexa, Apple's Siri, and Microsoft's Cortana, the concept gained worldwide recognition at a frantic pace. In layman’s language, voice recognition enables us to interact with technology, be it reminders or other simple tasks, simply by speaking to it.

As the technology matures, AI, machine learning, and consumer acceptance also seem to have matured. Every modern home aspires to have a digital assistant, and consumers have started transcribing voice to text, responding to simple questions and requests like playing music or sharing weather or traffic information, setting up reminders, searching the internet, etc.

Why is voice recognition apt for the Internet of Things?

Hollywood motion pictures have already started setting the pattern for tech organizations to create and overhaul voice-enacted frameworks. Think of superhero films. Have you noticed the variety of voice-driven innovations used in them? And you know what the best part is? Several tech goliaths and engineers are showing their willingness to turn these advances into reality.

As a result, applications and software are modified with artificial intelligence and machine learning. These technologies have codes on how to perceive voice commands, which also means that applications can break down the instructions and anticipate possible outcomes. As a result, several applications such as Siri and Alice have set another benchmark with the help of voice recognition. Things have become easier for clients. It is safe to say that voice recognition and IoT have altered business and buyer expectations.

As I said before, IoT tech features a framework set where physical and mechanical gadgets can be merged with electronic gadgets, especially ones that incorporate sensors and actuators. These perceive computerised flags and convert them into movement. As a result, several tech organisations are found working out minimal effort arrangements. This would empower clients to control their home appliances by talking. For example, turning on the television by speaking to it or customising cooking with the help of voice-activated microwave ovens.

Several new innovations have been made to make vehicles much more exciting and engaging. The prospect of owning a vehicle you can talk seems out of this world. A large number of vehicle manufacturers have coordinated in-vehicle interchange frameworks along with voice recognition software.

Every sector seems to have reformed with the advent of technology, and healthcare is no exception. Presently, healing centres and facilities are trending towards recently structured innovative applications for help. Professionals have begun to expand their reliance on present-day innovation, not just with the utilisation of new machines and medications. The speech-to-text switch empowers doctors to make a note of the more significant part of therapeutic records without handling much printed material.

Starting from the onset of flat-screen TVs to home theatre systems, the entertainment industry has transformed over the years. Amazon, Google, and Apple are investigating the utility of voice directions to enhance the benchmarks in media outlets. For instance, Amazon Fire TV and Amazon Dash have inbuilt voice-activated features.

The internet is slowly and steadily helping people around the world keep up with voice recognition innovation. Applications like Siri, Cortana, and Alexa make it extremely convenient to search the internet for information. In 2020, the vast majority of people will start using voice on the internet rather than the conventional technique.