Ola applies for an NBFC licence in a bid to diversify, retain stake 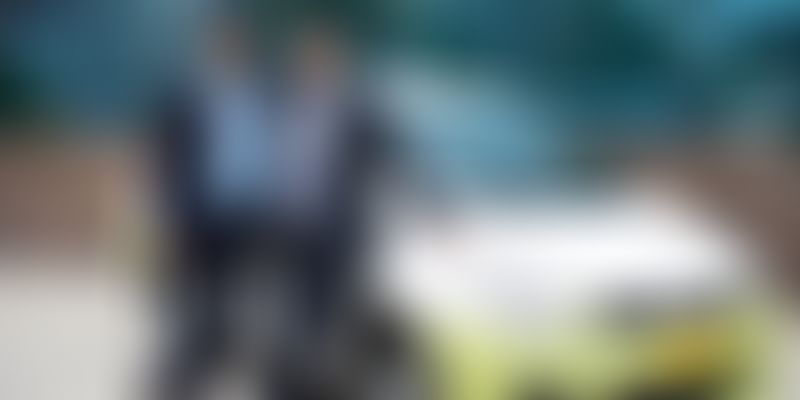 Bengaluru-based ride-hailing unicorn Ola has applied for an NBFC licence for its wallet Ola Money. Reports suggest the ride-hailing app is now looking to deepen its short-term credit services, Ola Credit, for riders. The company is also said to be looking to launch a credit card in partnership with a bank and strengthen its insurance plans for the driver partners and riders.

Ola Credit is the platform's pay later product, and the company is looking to expand its offerings through its lending arm. While sources inside the Bengaluru-based company confirmed the same, the company has refused to comment on this. Several sources outside the company say this is a bid to ensure the Japanese conglomerate SoftBank doesn't get more stake in the company.

By making Ola Money and Ola Credit a separate entity, the company's founders Bhavish Aggarwal and Ankit Bhatti will be able to retain more control over the company. Currently, the firm is in the midst of a fund raise, and the company has already raised $74 million led by Steadview Capital and an additional $21 million led by Sachin Bansal, Co-founder of ecommerce major Flipkart.

Sources inside the company have confirmed that it will be raising $2 billion with a focus on Foodpanda, its food-delivery service, and expand its electric vehicle reach.

By applying for an NBFC licence, the company is now entering the Fintech domain. The company had started Ola Money in 2015 and Ola Credit in 2016, at the time of demonetisation. According to the company, the Ola credit feature has a 30 percent month-on-month increase, and is now looking to reach its 150 million user base.

For Ola, 2018 was all about international expansions and a focus on Foodpanda, the Rocket Internet-backed foodtech platform it acquired in December 2017. In 2017, the company had raised $1.2 billion funding led by SoftBank, and has since then left no stone unturned to capture newer markets. Last year, it also forayed into international markets, starting with Australia and moving on to the UK and New Zealand.

But with this kind of growth and expansion, the company has been looking for capital, and at the same time, the founders are believed to be wanting to retain control. In August last year, Singapore-based investment company Temasek also purchased a large stake in the company for $225 million.

Its rival Uber, on the other hand, had filed for an IPO in December. The San-Francisco based giant has also confirmed its expansion plans for 2019. The company intends to strengthen its India operations by hiring an additional 500 engineers. It will be interesting to see how the two firms battle it out in India.