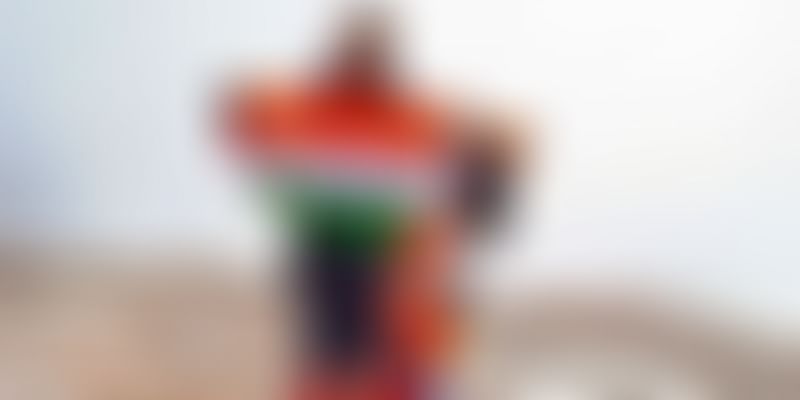 In the early hours of Wednesday, Indian mountaineer Satyarup Siddhanta scaled the 4,285m high volcanic peak Mt Sidley in Antarctica. With this feat, 35-year-old Satyarup, a software engineer by profession, has become the youngest person in the world to scale all the tallest mountains and volcanoes across seven continents.

Starting in 2012, he has climbed the highest peaks around the world and, so far, is the only Indian to scale ‘Seven Summits’ and ‘Seven Volcanic Summits’. Speaking over a satellite phone, he told Hindustan Times,

I played the national anthem on the summit and it’s very cold and overcast here. I suspect I have sustained frostbite on my fingers.

Satyarup’s close friend Dipanjan Das, who coordinates his logistics on such trips, said,

After a night halt at the camp, Siddhanta will start for the base camp that is at about 2,100 metres. From there, he will take a special flight for the camp in Union Glacier. It took him 10 hours to reach the peak from the base camp.

Prior to Mt Sidley, Siddhanta scaled mount Vinson Massif, termed ‘Antarctica’s highest peak’ on December 15, 2017. With this feat, he had become the fifth Indian citizen who has climbed the tallest peaks in each continent.

Veteran mountaineer Debasish Biswas, who had climbed peaks higher than 8,000m, said, "Watching his determined moves, we knew the record was only a matter of time. The short span in which he set foot on all these peaks makes it more special."

“I am proud of Satyarup as a mountaineer for his world record. His feat is remarkable since he achieved it in less than seven years and in the face of fund constraints,” said Basanta Singha Roy, who became the first Bengali civilian to climb Mount Everest in May 2010 and went on to scale three peaks above 8,000 metres. “Watching his determined moves, we knew the record was only a matter of time. The short span in which he set foot on all these peaks makes it more special.”

Satyarup resides in Bengaluru and hails from Haridevpur in Kolkata. He tasted his first success when he climbed Mt Kilimanjaro in Africa. He also holds several records for climbing several other summits like Mt Elbrus in Europe, Mt Denali in Alaska and Mt Monch Blanc in France, reports NDTV.