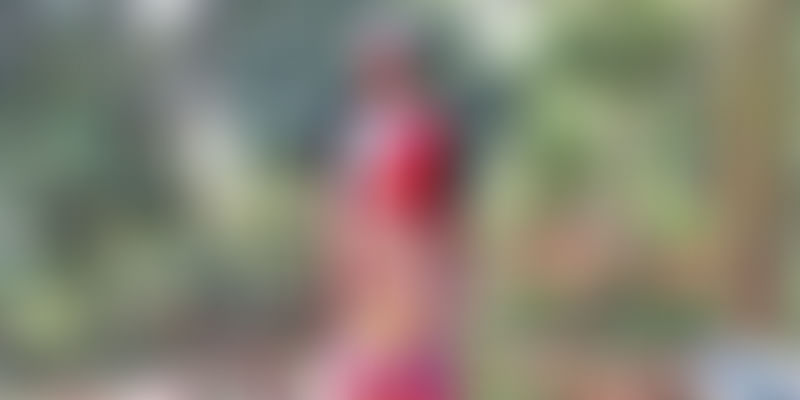 Her inability to read or write has not stopped 60-year-old Janaki Amma from becoming a reporter at a community newsletter in the Nilgiris.

Janaki Amma doesn’t know how to read or write. But, this inability has not stopped her from being a journalist with Seemai Sudhi, a community newsletter. Janaki ensures she visits the neighbouring villages, which are mostly inaccessible, to give the ground report.

Be it in rains or scorching heat, Janaki, the oldest reporter among her colleagues covering the tribal communities in Nilgiris, fulfils her duty.

Despite having no formal education, she began her career as a journalist with Seemai Sudhi, which was established by the Keystone Foundation in 2007. The foundation works closely with indigenous communities in the Nilgiris.

The newsletter Janaki works for focusses on the tribal people living in the Nilgiris, and she brings news from nearby villages to keep the community together and informed.

The reporter begins her day at eight in the morning and walks to all the villages through uneven boulders and slippery terrain. Her assignments for the newsletter is the primary reason she visits 22 villages, says the The Quint.

Janaki, not able to read or write, says that she trusts her memory for her work. For instance, she memorises the things that need to be fixed in each village like electricity, street lights or roads. Janaki then narrates these to her daughter, who writes it down for her. Sometimes, she also walks down to the office and reports to Selvi, who takes down the notes.

Interestingly, Janaki has also taken matters into her own hands during her visit to villages at times. For instance, once she stepped in to fix a water situation by herself.

She recalls that the panchayat officers didn’t like it, and questioned her for bypassing the system, to which Janaki said, “I am just doing my job”, reports The News Minute.

Besides her monthly assignments, Janaki also has good knowledge of medicinal herbs. She doesn’t know the names of the plants, but she does know what it can be used to heal when she sees one. From treating small ailments to helping pregnant women, Janaki is well sought after. She says, “I took care of all my four pregnancies. No one was allowed inside when I gave birth.”