From getting thrown out of Facebook groups to making Rs 1 Cr per month: how Zefo survived its first year 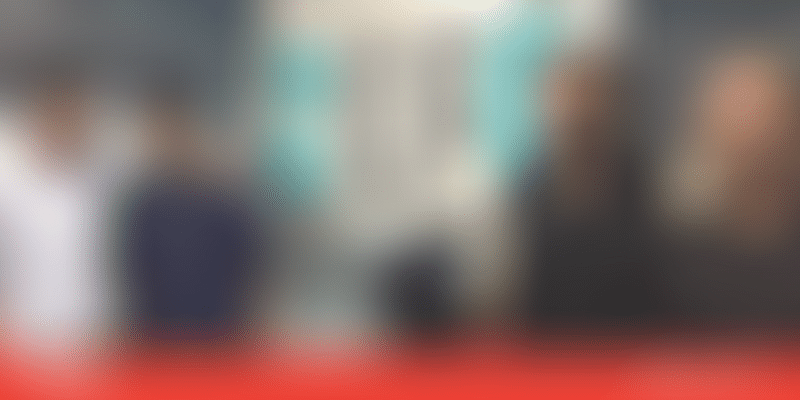 From scepticism about Zefo having no parallels in China and the US, to raising funds from Sequoia Capital and Helion Ventures, the Bengaluru-based startup has come a long way and now has a presence in six cities.

There is no end to the list of struggles entrepreneurs have to face in the initial years of starting up. Whether it is a B2B model or B2C, customers often exploit them when it comes to payments. Bengaluru-based Zefo, a startup selling refurbished furniture online, learnt this the hard way when it launched in Delhi in 2016.

Zefo Co-founder and CEO Rohit Ramasubramanian remembers a customer who would keep placing orders or come to Zefo’s warehouse and block some products for himself.

“He seemed genuine when he said he was unable to pay in advance. So we offered him cash on delivery. When we delivered the product, he said he would pay the following week. But despite going to him almost every day, we were not able to get our payment. Moreover, his sister threatened to complain of harassment if we went again.”

They asked around and discovered that the man – who had some power with local politicians and the police – often committed such fraud and got away with it. “We finally had to let it go,” admits Rohit. “Now I feel that we were naïve and erred in how we dealt with it.”

This was Zefo’s wakeup call – as entrepreneurs, you have to lose your innocence, learn when to trust and not to trust, and foresee the worst case scenarios. If you are lucky, you could live to tell the tale after four years, as one of the most promising startups in the country.

It was hardly ever easy for team Zefo, even though two of the four co-founders – Rohit and Karan Gupta – had an investment background (having worked at Helion Ventures before). The other two – Himesh Joshi and Arjit Gupta - were with Boston Consulting Group and Flipkart, respectively. All four of them were in their mid-twenties at the time.

Zefo’s first office was a corner of their warehouse on Sarjapur Road in Bengaluru. “For the first couple of weeks, while we waited for the office shell to be put up, we sat on chairs in the open in the warehouse. We were working seven days a week in the first year,” Rohit recounts.

Even today, his fondest memory is of the first few months that the team spent at the warehouse, doing everything from writing code, clicking photographs, packing products, and even delivering them.

In hindsight, Rohit feels that it was the sourcing that gave Zefo a head start. “We went to consumers and manufacturers who wanted to sell their seconds. It was opportunistic sourcing – we got whatever was available, and the refurbishment process followed,” Rohit says.

Zefo’s first couple of orders came from friends waiting to grab an Urban Ladder product for cheap. But Zefo’s business model demanded customer acquisition more than retention. So, in the first few months, the four entrepreneurs started reaching out to customers through Facebook pages where people were actively posting about second-hand products for sale.

“We got a lot of traffic through that; many customers from these forums would visit our warehouse and purchase too. In the first two-three months, we managed to get orders worth around Rs 40 lakh,” he shares.

It wasn’t all smooth sailing, though. “We were kicked out of some (Facebook) pages for spamming; they would take down our posts minutes after we posted them,” Rohit laughs. That’s when they started digital marketing in earnest.

Another lesson learnt the hard way

The first big blow to the team, however, was their first return after a product arrived damaged at a customer’s place. “The team was distraught, and two of us went to personally apologise with a gift hamper.” Surprisingly, the customer was way more relaxed than they were. “Eventually, we learnt that it's just one of the realities of ecommerce, something we needed to solve, and not get emotionally attached to,” Rohit says.

They were fearless after that. “We didn't have a lot to lose. We just put our heads down and tried to make things happen. Relative scale brings along responsibilities as well, and we're a lot more realistic today than we were back then,” he says.

Raising the initial funding round is often a big hurdle for any startup. But for Zefo, raising the first round of investment was relatively easy.

“Helion had expressed an interest in investing in our seed round when we were quitting. That is a luxury most entrepreneurs do not have, and we were very lucky to have this option,” Rohit tells YourStory. (Rohit's immediate boss at the time was leading the investment. Rohit was part of some deal calls but would be asked to drop off when they discussed Zefo.)

Rohit recollects, “At the time, we had very little idea on what was a reasonable target to set. We would look at the previous month, conjure up a growth percentage, and make that the next month's target, irrespective of external or other internal factors.”

To their credit, the team got to Rs 1 crore in monthly sales in the very first year.

The next round of funding was far more difficult, given that they had to bring investors other than Helion. “Many investors were worried about investing because the business didn’t have a parallel in China or the US. Our business model was perceived as operationally heavy and capital-intensive. So we had the burden to build a proof; we had to get everything right – unit economics, tech, logistics, etc.,” says Rohit.

They did just that. As the team was running close to the edge and could not grow any more without capital, Series A came, with BEENEXT and Sequoia Capital backing Zefo in 2016.

According to Rohit, the toughest challenge in the first year was hiring. “We could not compromise on our standards in the longer term. We were around 10 people when we started. We mostly hired people we knew, those we trusted, and those who trusted us,” he recollects. Later on, Zefo hired a few people by signing up with LinkedIn and Naukri. The team now has around 200 people.

Tech and logistics were not too hard to figure out in a city like Bengaluru, where talent is abundant. But the quality check department needed a veteran. And they brought one in, all the way from Jodhpur, in July 2015.

Rana Ram, who has worked in quality control for various furniture manufacturers in Jodhpur, was referred to the Zefo team by their mentor Kaustabh Chakraborty, SVP of Category Management at Urban Ladder.

“We invited Rana to Bengaluru for a few days to show him what we do. He went back after three-four days. But he had liked our work, and decided to move to Bengaluru to work with us. He is still our QC head,” Rohit says.

Selling furniture online is not an easy game. Still, over the course of time, Zefo dared to expand to five more cities and now provides pre-owned electrical appliances and mobile phones in addition to furniture – around 15,000 products across 14 categories. It also partners with UrbanLadder, Pepperfry, Amazon, and Flipkart for exchange programmes.

More than 50 percent of its procurement comes from single sellers, and they offer the seller the opportunity to receive cash up front.

Today, having raised around $20 million in multiple rounds of funding, Zefo also offers a buy-back guarantee on its products.

Zefo was also recently among the 38 Asian entrepreneurs handpicked for Alibaba’s eFounders fellowship programme. Zefo is on a high, and a hard-earned one at that.