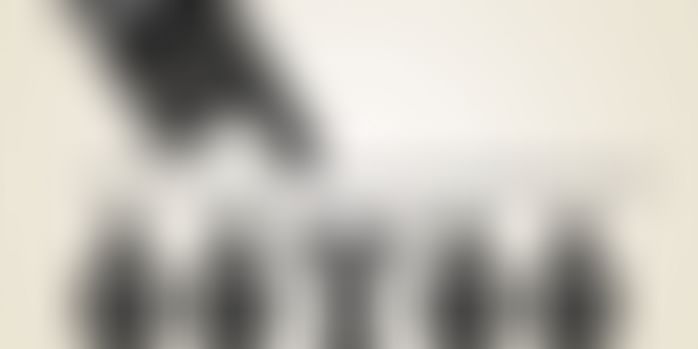 How does a country like India straddle its ancient spiritual wisdom and modern consumerist aspirations?

More than 20 years ago, when I was working in Johannesburg, one of my colleagues told me ‘ I wish I was working in India’, which came as a bit of a surprise for me. India was still not the most attractive place to work in for people from other countries twenty years ago (I am not sure it still is). Perplexed, I remember asking her why. She said she really wished she could have the titles of our colleagues in the Indian company of this multi-national that we both worked for. It was the days when everyone was a Vice President (VP) of sorts. If you were not a VP, you were at least an Associate VP, a Senior VP or an Executive VP. I remember that in one foreign bank those days which was one of my clients, it was impossible to find anyone more junior than a VP.

Have things gotten better for Indian executives in the last 20 years? I certainly think so. After tiring ourselves of abusing titles like VP, we seem to have moved on to more ambitious ones. Consider a title I came across a few years ago. The man I met from a very important organisation said he was Managing Director (West). Now I had heard of Sales Manager (West), Branch Manager (West), but a Managing Director (West)? Seemed a little unusual to me. Because I grew up in an age where Managing Directors were at the very top of every organisation and could not be differentiated by region. After all a Managing Director typically was a board member, who also ran the organisation. Another favourite is Chief Operating Officer (COO-South). Typically supposed to mean, that this is a branch manager, who has reached the height of his or her incompetence, but who has missed the COO bus and still needs to be given some recognition.

We then moved on to other titles like Chairman. Almost every CEO was unhappy being called CEO. He now wanted to be called Chairman. Twenty years ago, a Chairman typically looked after corporate and statutory affairs but didn’t run organisations while CEOs did. Chairman meant Chairman of the Board. In one particular case which I found most quizzical, there were two Chairmen reporting to the CEO, South Asia. I almost did a double take, when I saw the appointment being announced in the daily press. I thought that Indians had now reached a new high in making corporate titles cheap throwaways.

In one of the companies that I was working for, we once wanted a person to head business development. Unfortunately for us, the candidate that we selected was fairly senior and he wouldn’t accept a title like New Business Director, which he felt was too cheap for a man of his professional stature. The senior management of the firm was frustrated, because they didn’t want to let his candidate go away, so they approached me on how to solve the problem and to discuss what kind of corporate title would be suitable for a candidate of his experience and stature. It took me only a few seconds to come up with an improvisation. I said ‘Why don’t we call him Chief Growth Officer?’ I saw a look of relief on the men in suits in front of me. The last I heard, the man accepted the job gleefully.

The way we are going, I think that no one in any organisation is really happy with his title. After all you can’t keep upgrading the senior positions and forget about more junior positions in the organisation. I would recommend that you call your Head of Dispatch, Chief Logistics Officer, and the person who looks after sanitation in your office be re-designated as Chief Sanitation Officer. After all there seems to be no reasons to leave these poor folk behind. Everyone needs to be an Officer.

Somehow and for some reason the word Officer is a must. In the old days, officers usually came from the Armed Forces. Remember that old favourite- "An Officer and a Gentleman?” Louis Gosset Jr won an Academy Award for Best Supporting Actor in that film. The title of the film is an old expression from the British  Royal Navy and later from the U.S. Uniform Code of Military Justice charge of “conduct unbecoming of an Officer and a Gentleman”.

Of course you cannot expect the Officers of today’s companies to also be Gentlemen. While the title of Officer has been given around freely and cheaply, the title of a gentleman, one who is a chivalrous, courteous and honourable man, is not something that can be gifted away. It is something that you need to work hard for and perhaps something you grew up with. Although the latest title in vogue is that of Managing Partner. Almost everyone in every company is a Managing Partner. We may have borrowed the term from management consultants I suspect, but I am not sure.

Anyway today’s newspapers took the cake. I read that one organisation was going through some organisational changes, and I found that in the top management there were actually two Managing Directors. The press release explained the need for two Managing Directors by explaining that they need ‘to navigate and accelerate these transformations’. ( imagine navigating with two Captains on a ship! ). Now that’s a new one. Again both the Managing Directors were reporting to a CEO. I hope all of you corporate experts can explain that one to me because I am still quite baffled. I guess the next time I see the newspapers I wouldn’t be surprised to see several Managing Directors and Chairmen in the same company. Leaving all of us innocents wondering who the real boss is!

The article was first published here.