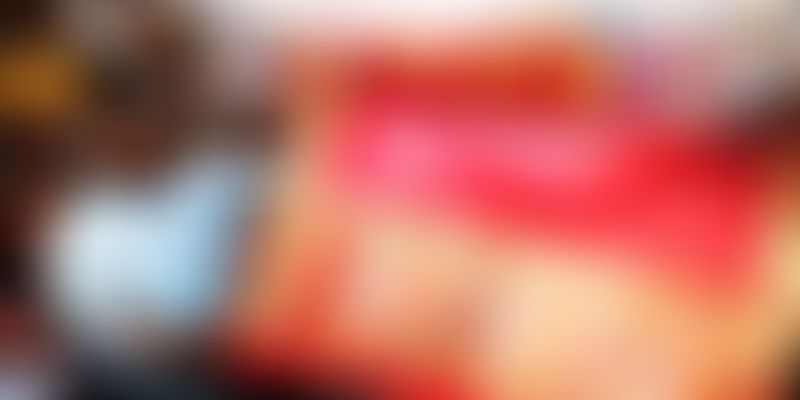 The Government of Maharashtra has undertaken an initiative to create a marketplace for rural craftsmen and entrepreneurs at one of Mumbai’s largest street festivals. And sales figures are already impressive.

The Kala Ghoda Arts Festival (KGAF), one of India’s largest and most vibrant socio-cultural fixtures, turned 20 this year.

Around this time, Kala Ghoda - South Mumbai’s bustling art and culture district dotted with stunning Victorian era buildings - transforms into a melting pot of food, fun, and festivities. Besides the obvious attractions that include larger-than-life art installations, photo exhibits, book readings, culinary workshops, and crowd-pullers like street theatre, film screenings, and heritage walks, KGAF also serves as a marketplace for hordes of rural and tribal artisans, craftsmen, and small entrepreneurs, from across India.

Sahabhag is an initiative of the Chief Minister of Maharashtra, Devendra Fadnavis, and it attempts to mobilise the State’s youth, map urban demand with rural supply, and provide a “forward market linkage” to thousands of skilled kalakaars (artisans) from the State’s 36 districts.

“This year has been different from 2018 because we set up individual stalls for each department. Last year, there was just one common stall,” Rishad Surti, Chief Minister’s Fellow, and Head of Sahabhag at KGAF, tells YourStory.

“We did one-million plus (INR) in sales from a single stall in 2018. So, we wanted to scale up this year, expecting a 5x growth.”

Fortunately, ground realities are nearly in line with Sahabhag’s expectations, with artisans having clocked a million-plus in sales in the first weekend itself. “Footfalls dropped slightly on Monday, but picked up again on Tuesday,” Rishad says. Nothing, not even the scorching February heat, seems to have deterred people from trekking to the southernmost end of the city.

Like every year at KGAF, primary buyers are foreigners and NRIs. “On Sunday, we sold a handwoven Paithani silk sarees for Rs 67,000 to a Colombian woman,” Rishad reveals. Paithani sarees (which borrow their name from the village town of Paithan in Aurangabad) are, in fact, one of the top attractions here.

Says an artisan at the MSSIDC stall,

“Paithani saree is our main product. But all handmade items, from jewellery and wall hangings to chappals and paintings, are in demand. Har ek item ka demand hai aur purchase ho raha hai [Every item is in demand and being purchased].”

His sentiments on demand-and-sale are echoed by artisans across Sahabhag-enabled stalls. Sucheta, who runs the MSKVIB stall, says,

“This platform is promoting rural entrepreneurs who cannot reach out to urban customers. It is providing them a forum for khadi goods, helping them reach customers across India, and giving them recognition and rewards.”

Overall, 700 artisans from some of Maharashtra’s most backward districts are associated with MSKVIB. Organic, handwoven khadi products from stoles and sarees to kurtas and shirts are being showcased at KGAF. Sucheta notes,

“We use 100 percent organic cotton and vegetable dyes in our products. No chemicals are used. We’re seeing that organic fashion is picking up very well with urban customers.”

Sahabhag is also focusing on the empowerment of women artisans and entrepreneurs through MAVIM (a network of 12 lakh women across Maharashtra). Handmade products like bags, pillow covers, shawls, doormats, etc are being exhibited by these women at KGAF. Additionally, Sahabhag is working with women in Dharavi who make products out of waste materials.

“Anita Dongre [renowned fashion designer] has stitching centres in Palghar district. The leftover cloth is being mobilised to Dharavi and women are making handbags, doormats and other items out of it. We are creating some synergies and also conserving the environment. At the same time, women are earning their livelihoods. We’ve impacted about 100 women in Dharavi so far. We have even crowdfunded stitching machines for them.”

At KGAF, artisans have travelled from places as varied as Wardha, Chandrapur and Palghar, Jawahar to Adivasi areas along the Maharashtra-Gujarat border.

Warli painters associated with TDD speak of the benefits of being at the fest.

“Pehle sab gaon mein hi kar rahe the. Ab Maharashtra shaasan se yahaan par stall diya gaya hai aur Mumbai ke aur alag-alag states ke log aa rahein hain. [Earlier we were selling in the village. Now, the Maharashtra government has given us a stall and we are catering to buyers from Mumbai and other states].”

Rishad states that Sahabhag’s core objective is to make rural artisans feel “accepted” in an urban marketplace that includes both buyers and investors. He says,

“We believe that if the government takes ownership, it will percolate down to the artisans. We not only want Sahabhag to be a success at KGAF, but also want the ripple effects to be felt by them throughout the year.”

He adds that sales is not their only motive.

“It is about artisans getting the exposure. That is why Sahabhag members held active discussions with the curators of the festival to decide on which products to be exhibited.”

The Government of Maharashtra’s active involvement has meant that the infrastructure cost for artisans is zero, while they get to keep all the earnings as well. The costs of setting up a stall, designing, packaging and marketing it are being borne by Sahabhag’s partners, which include corporates (through their CSR funds), as well as government bodies such as Maharashtra Tourism Development Corporation.

Add to that, Sahabhag interns are also helping artisans sell their products by conversing in English with foreign buyers.

But their involvement doesn’t end with KGAF.

The Government of Maharashtra is keen to extend this to other dialogues, conclaves, events, and partnerships across the State. Sahabhag also plans to get into corporate gifting, and strike up associations with PSUs around Indian festivals. Rishad says,

“We are seeing if through their CSR funds, corporates or agencies can help these artisans stay more connected and engaged with customers round the year.”

Imagine having access to gorgeous Paithani sarees and beautiful Warli art round the year. Now that’s something to look forward to!

Also read: How the Alexa Robot brought internet-based learning to a remote village school in Maharashtra