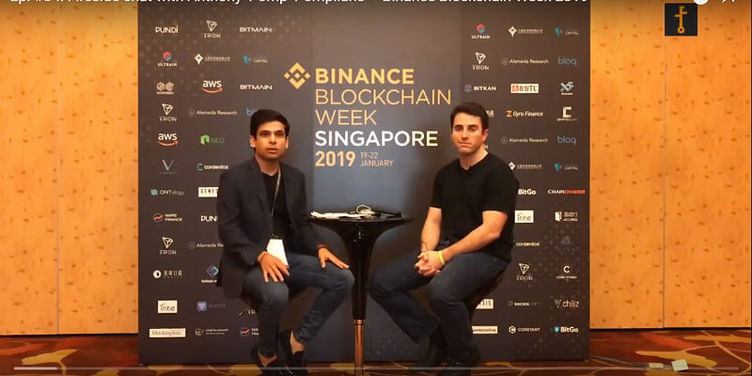 Talking to an investor always helps in gaining many insights. Be it the state of the market, where it is headed or what should one keep away from. Anthony Pompliano shared similar insights with host Tushar as part of the Decrypt Asia Blockchain and Cryptocurrency series that explores the Asian blockchain theme.

As Founder and Partner at Morgan Creek Digital, Anthony spoke of his fund’s philosophy and investments, saying, “We invested in about 65 companies.”

The focus was on early stage investments and he adds, “We were really just backing great entrepreneurs as early as we possibly could. That fund has gone very well for us. It’s still running so all the funds have been deployed.”

Speaking of how he began mining cryptocurrency, Anthony says, “And then we started building mining facilities in 2016. The thought process was that I'm very familiar with the data centre business, and mining was basically data centre businesses on steroids. So, my partner Jason Williams and I built mining facilities. In the beginning we were mining Ethereum, and then started mining bitcoin as well.”

Back onto Morgan Creek, he says, a majority of the capital goes into direct investing. “We do have the ability to hold a very small amount of liquid tokens like bitcoin or ethereum, but, but it's very small, and definitely not the focus of the fund.”

The fund recently announced it had backed an investment in RealBlocks, which is a real-estate platform based on ethereum technology. The platform allows companies to raise capital through tokenised securities and investors can also buy real estate using cryptocurrency and fiat currency.

Anthony adds, “If we can disrupt money with technology, that's going to be incredibly valuable and it is probably the best risk reward available and all of technology today. There's not very many assets that have $50 billion plus in market cap, and a could still give 100X. My core thesis since day one has been every stock, bond, and commodity will be digitised or tokenised. I think we're starting to see that now and that will accelerate over time.”