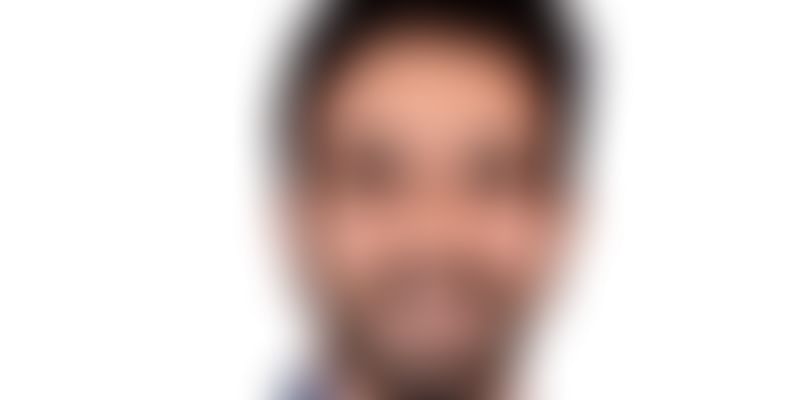 The arrival of the milkman is an integral part of almost every Indian household's morning. But, keeping tabs on the milkman, his routes, and deliveries isn’t easy for dairies. Enter Mr Milkman, a Gurgaon-based startup, which aims to simplify operations by letting dairies manage customer subscriptions, deliveries, and their entire business – from farm to the end user’s glass.

Samarth Setia, a 26-year-old graduate from RV College of Engineering in Bengaluru, woke up to the opportunity after a chance conversation with a dairy owner who managed hundreds of customers using an Excel sheet. He wondered how this problem could be solved with technology, and founded Mr Milkman, a Software as a Service (SaaS) product that helps large and small dairies manage their daily end-to-end operations.

“Mr Milkman is a SaaS platform that enables dairies to track real-time analytics and reports of their operations – right from the farm till the end consumer,” says Samarth.

Making a moo in the right direction

According to the Food and Agriculture Organisation, India has over 75 million dairy farms and produces over 150 million tons of milk per year. It has the largest cattle population in the world and is the second largest milk producer after the US.

The Ministry of Animal Husbandry estimates that livestock contributes roughly 4 percent of the GDP, of which the dairy sector forms a large part. Even though the dairy industry is growing at a double-digit CAGR, the sector remains largely unorganised. Most dairies are still managed manually, and require a lot of human involvement.

The B2B principle comes into play - milk is dropped off with distributors, who then manage circulation to retailers, and eventually collect money. Most activities are carried out manually. The dairies may use software to manage operations, but they are rarely available at distributor level, which eventually leads to missed data.

Samarth, who believed these processes could be easily automated, saw a big opportunity. “Our platform tracks all data received from sales and measures them to give an overview of the dairies’ performance, and helps make informed decisions,” he says.

The product is a cloud based SaaS platform that lets dairies feed data, automate processes, and see performance analytics, which eventually helps them gain a better understanding of their businesses.

The startup’s first client was a Delhi-based dairy (it does not wish to be named) that Samarth approached. The dairy already had in place extensive in-house software that was far more advanced and had more features and functionalities than Mr Milkman. Moving to Samarth’s platform required the dairy owner to pay double the cost he was incurring at the time for half the number of features. But he did. What won him over was the fact that the Mr Milkman platform was working dedicatedly on just solving the dairy's specific needs and would soon outgrow his feature set. Samarth says:

“In three months, we had a far more advanced system than he had, and he chose to move to our platform, letting go of what he had developed internally.”

In the dairy business, what comes back from the market is just as important as what goes into it. Several components, including crates, glass bottles, and unsold milk, are sent back to dairies or milk brands. Mr Milkman also helps manage reverse logistics of peripheral items. The platform manages forecasting production to tracking damages and managing reverse logistics. It also aids the automation of processes like generation of orders set to go to distributors, retail outlets, or end consumers.

“The platform can also detect anomalies and notify the sales team of the dairy in case there are any sudden changes in ordering patterns. This helps plug the problem of unnoticed losses for our clients,” Samarth says. His current team size is around 30 members.

Working through the challenges

Building any business has its own set of difficulties. Samarth was lucky enough to be able to solve most of them at a nascent stage.

“I feel that being a solo founder was the biggest challenge I faced. Managing everything alone was not easy, be it client management, addressing technical issues, or taking care of finances. I may have missed making some missed client connections, but I learnt a lot from my mistakes,” he says.

Samarth adds that he knew next to nothing about the dairy industry when he started out. His initial product was created with the vision to help local milkmen; it was a very basic application. Over time, the platform evolved into a SaaS product for dairies, but the learning curve was “difficult”.

“I built the product with the help of the dairy industry; they shared their knowledge and feedback,” he says.

The pricing model is a basic one; Mr Milkman charges the client for the software used on a per litre processed basis.

“We have a wide range of clients – ranging from new dairies supplying 300 litres per day to large-scale dairies supplying 4 lakh litres a day,” Samarth says. At present their clients are spread out across India, from Chennai to Chandigarh, and they are in talks with several industry leaders in the FMCG sector.

The company works with over 30 dairies in Northern India. A few farms in Delhi-NCR, such as Gurgaon-based WhyteFarms, are using the platform to manage the entire distribution to home, the analytics, and the reporting. Their client list includes MilkMantra, A2Milk, and Himalayan Creamery.

Mr Milkman competes with companies like Bengaluru-based StellApps, which claims to be India’s first IoT Company. The startup has raised an undisclosed sum of money from angel investors and will soon close a Pre-Series A round. The founder did not want to disclose revenues.

What does Mr Milkman see in the future? This year, the company is planning to expand and hopes to reach over 100 dairies. In 18 months, Samarth wants to reach out to dairies in the US, Europe, and Southeast Asia, and explore options.

“The dairy sector is only going to grow. With India’s per capita income growing, there will be a need to manage distribution and keep things on track,” Samarth says.