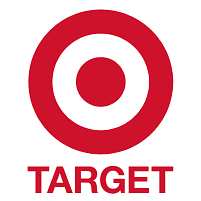 Since its inception in 2013, the Target Accelerator Program (TAP) has mentored 36 innovative startups and helped them develop concepts that could improve Target’s business and the retail industry as a whole. The rigorous four-month journey involves startups working with Target’s leadership team to refine their innovations. Now in its 6th batch, the programme’s Demo Day on January 31, 2019 at Conrad, Bengaluru, saw six startups graduating in the presence of business leaders, VCs and other dignitaries from the startup ecosystem. The six startups are Kenome, Point105-AR, Quilt.ai, Moodboard, Eder.ai and Styldod.

Tammy Redpath, SVP & President, Target in India delivered the keynote address. “Target is committed to bringing a spirit of innovation to life through our Target Accelerator Program. I had the opportunity to spend time with the startups. Their stories and products were all about innovation, overcoming adversities and about incredible passion. I’m excited to see the cohort complete the programme, and see the difference that the startups are going to make in the world,” she said.

The panelists shared their perspective on the Asian angle of innovation and startups, and the issues that they were tackling. Christophe mentioned that they were collaborating with global startups to solve actual challenges from elsewhere in the world. "We ask startups from New York, London, Canada, etc. to solve these challenges. We have an Indian startup working on an African problem, and their solution is being used by all other African companies," he said. Krishna, whose company has offices in China and South East Asia, has invested in several tech companies in India. "Everybody in China knows that Indians are way behind them, but they also know that in the next 10-15 years, we'll be exactly where they are. We have taken successful models that will work in the Indian context and incubated three companies in India," he said.

Ravi said that they were inspired by China because of various factors like mechanisms, huge scale, clear efficiency and last-mile connectivity and wanted India to be in that position in five to six years from now. "Of course, not everything you see in China will work in India because of the growth rate, infrastructure, consumer adoption, and the language is not the same. But India is getting there," he said.

According to Sebastien, who wants to bring Swiss startups to India, the challenge is that when Asia is mentioned, the first country that comes to mind is China. "In Switzerland, when you think of Asia, the first place that comes to mind is China. Back there, we must show them what India wants to offer. Once they see the development and meet those startups, they know there's going to be a spark." Brij owns a Japanese venture capitalist company and invests in early-stage Indian tech startups or IT-driven Deep Tech companies. "We're trying to enable further investment collaboration between Indian startups and Japanese companies and find further segments to take them to," he said.

On how technology is going to help businesses, Brij said that there are global corporates who understand the complexity of the Indian market and are willing to invest and collaborate with them. Rebright Capital has invested in DocsApp, which does remote doctor consultations. He said, "That could be a model that's not allowed in Japan, but that’s what makes it more attractive. Investors from Japan want to invest in Indian products in India where there is higher market support in terms of consumers and the government to build such solutions and there’s a possibility to take it outside India."

Sharing tips on how to enter into international markets, Sebastien said that it's important to build trust first. All the panelists agreed that it was important to identify local business partners, someone who understands the product, speaks the language and has access to the market. Having an anchor in the international market matters as selling comes naturally to them. "Talk to others in that market who have done it and they'll tell you what not to do," advised Ravi. Krishna added, "Remember to go with the right partner and not the first person you meet there."

Brij said he had noticed significant interest in the co-development of products by startups and corporates. "More corporates are now open to startups. When you realise that those who do open innovation are more successful, you are opening to working with them. It took some time because of lack of humility," added Christophe.

On a concluding note, Krishna spoke about the trends to look forward to. "I think over the last couple of years, as technology becomes more prevalent, more Indian companies are moving online and working with technologies in their offices. This will open up a lot of solutions and opportunities for B2Bs," he said.

Startup pitches and TAP’s roadmap for 2020

The six startups from the sixth batch had the opportunity to pitch to the gathering and also share their experience on the engagement with the TAP team. The solutions included AI models to predict aesthetics to democratising knowledge graphs to teaching computers to think like interior designers and so on. Read more about them here.

Ravi Kanniganti, Director, Innovation, Target in India took to the stage to speak about TAP's vision for the future. "We have accelerators and corporates willing to work with startups. We have the VC community and investors. What's fascinating to me is how all of us are working together to help the Indian ecosystem get better and thrive in the global economy," he said.

Anil Kumble - An epitome of ‘resilience’

While all the startups faced challenges, they continued on their journey with passion and drive. On the occasion, sharing his life experience was an individual who is synonymous with these two attributes, someone who exemplified the word ‘resilience’. Legendary cricketer Anil Kumble took to the stage to congratulate the startups and said, "I can imagine what goes on in the minds of startup entrepreneurs. I am very resilient, I never give up and I'm sure you all resonate with that thought."

He had a few tips for the startups in the audience. "I was a startup when I started playing for India in 1990. As a startup, the first thing I got in the form of advice was people questioning me if I would be successful because I was very different in terms of the classic leg spin bowling that people were used to." He advised startups that even in the midst of such questioning and advice from people who didn't know what you were doing, it was important to have self-belief and to continue to experiment and innovate.

On creating an innovative product that would catch the attention of your target audience, he said, "You don't want people to be mesmerised by your innovation. You want the batsman to realise you have an innovation. My innovations were meant to target the batsman. Ask different questions to the batsman and then figure out what more the ball can do."

He urged startups to withstand the pressure from factors such as competition, financial pressure. Urging them not to give up, Kumble said, "How do you handle the pressure? Persevere and try to play a match even during a practice session. This is critical, else I would end up failing during the actual match. You may not succeed 100 percent, and people tend to scrutinise your failures than remember your successes. But only when you fail, do you realise the actual value of success."

After his address, during a light conversation with Rakesh Mishra, VP and Head of Digital and Marketing, Target in India, Kumble spoke on the importance of discipline. He mentioned mentors who helped shape his career and what he picked up from them in the early 80s. He also spoke about the importance of constant improvement if you want to be successful over a period of time.

The Demo Day successfully ended with an insightful panel discussion, some amazing pitches, and inspirational takeaways from a much-admired sports legend.