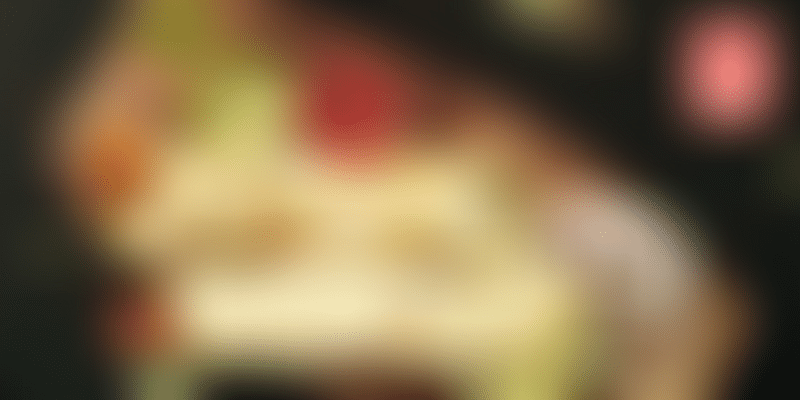 StartupBharat is not only about technology and innovation - its also about something as basic as food. Here are some stories of entrepreneurs who are dreaming big with food.

The love for food is universal. And in a multi-cultural country like India, there is so much food to experience and fall in love with. From Kolkata's special kati rolls to Gujarat's crispy fafdas, from Delhi’s delectable kababs to Kerala’s mouthwatering payasams, there is plenty to devour.

Now, not all food businesses are tech-driven, but over the past few years, we have seen a new breed of entrepreneurs take the plunge in doing something around food that is off the beaten track. These are people who have quit promising careers in the corporate world because they wanted to pursue their passion.

In our latest StartupBharat feature, we bring to you the stories of entrepreneurs from beyond the metros who are dreaming big with food (and drink!) and serving it up offline and online. After all, good food needs no explanation - only quality ingredients, good taste and customers to appreciate it. And India has all of those in abundance.

If you are in Kerala but in the mood for something other than refreshing tender coconut water, Kochi-based monQo has some delicious milkshakes for you.

The brand also offers food with a fusion of Mediterranean and Continental flavours. With the smaller stores called 'The Shakery House', it also sells burgers, sandwiches and kati rolls. At its larger stores, it sells steaks, sizzlers and fish n' chips. But it is monQo's iconic milkshakes that steal the show.

It all started one summer evening in 2016. Former CFO of Dubai’s Al Dhadheri Group, 46-year-old Pradeep Nair was out for a walk with his son. Following a large crowd to a local restaurant, Pradeep found that the queue was waiting to grab a milkshake.

"It was exciting to see such a demand for a milk-based beverage in a city like Kochi," he says.

Unfortunately, his excitement and expectations crashed when the milkshake turned out to be quite unsatisfactory. The experience made him recognise the gap in the market. And so, in December 2017, after quitting his job in Dubai, Pradeep set up monQo with his co-founders, Anup Mohan and Srikanth Ch, former CEO and CPO of Styl (acquired by Voonik), respectively, and Dileep Nair of Ornate Tours and Travels and Sheeba Nair, a former employee of Emirates Airlines.

monQo’s first customers were a result of a WhatsApp campaign that went viral. Since then, sales have been growing at 20 percent every quarter, and the founders claim that the company's current revenue is Rs 1.75 crore (Rs 1.5 crore from B2C and Rs 25 lakh from B2B).

"One of our regular customers at our flagship store in Kochi was so impressed with the quality of the milkshakes and the food that he decided to set up his own franchise," says Pradeep.

"Our plan for 2019 is to hit 50 outlets across India and increase it to 500 by 2023 globally. Entrepreneurs looking for profitable milkshake and restaurant franchises can break-even with our model," says Pradeep.

Across the country in Chandigarh, Amit Chugh and Gaurav Satija decided that Punjab deserved the experience of Kolkata’s signature kathi rolls - a simple paratha wrapped around a layer of egg and filled with kebabs and fresh veggies, but a sinful experience nonetheless.

Fascinated by the growth of global fast food brands like McDonald's and Subway in India, Amit (37) and Gaurav (29) started Rolls Xpress.

"An Indian QSR chain that could take down the world," says Amit.

Today, the Chandigarh-based quick service restaurant franchise sells kathi rolls across Delhi, Chandigarh, Ludhiana and Ambala. With 20 outlets serving up an average of 2,500 orders each day, the founders claim they clock sales of Rs 75 lakh per month.

While kathi rolls are ubiquitous across the country, Roll Xpress has added a twist to the traditional roll with options featuring pizza and chocolate.

A menu featuring items priced between Rs 50 and Rs 190 helps Parsa's attract the young college crowd. And it does so with outlets across Srinagar, Ladakh, Anantnag, Sopore and Awantipora.

Serving up to 400 customers each day at each of its outlets, Javid’s aim is to set up a Parsa's outlet in each of the 22 districts of Jammu & Kashmir. Parsa's is also known for hiring the state’s first waitress.

Darshan Dhruv, a DJ during his college days, went abroad to study for his masters and worked with a multinational firm. He then returned to Vadodara and worked in his family business briefly before realising he wanted to do something on his own. This was in 2012, when people were just getting used to buying books, clothes and accessories online, but not food. So his idea of selling farsan, i.e. dry snacks, online, was unusual, to say the least.

Today, FarsanKart sells Gujarati snacks across the country and abroad, mostly to the NRI community, through its online platform. Initially sourcing farsan only from popular stores in Vadodara, Darshan has now converted FarsanKart into a marketplace for multiple sellers.

"My dream is to make FarsanKart a world-renowned brand that sells the best Gujarati farsaan," Darshan told YourStory in an earlier interview.

There’s definitely a big market for farsan aka namkeen out there. It doesn’t matter how many Western delicacies you love - nothing can replace the soft corner for our local namkeens, especially from Ratlam – famous for the distinct flavours of its fried snacks.

Ankur Phadnis of Indore, along with a bunch of foodies, set up NamkeenWale in 2013 to fulfil the cravings for these snacks beyond Ratlam.

"With NamkeenWale, we ensure you get authentic namkeen made on the streets of Ratlam, delivered to your doorstep," says Ankur.

A former IT professional, Ankur wanted to do something on his own and believed that there’s a tremendous potential for food and savouries in online retail.

Initially starting with namkeens from Ratlam, NamkeenWale now sells sweets and snacks from other regions too. Its website also lists famous snacks stores from various states, where you can order their specialties from through NamkeenWale.

Also Read: Launching StartupBharat: stories of innovation from beyond the big cities of India