[Startup Bharat] From portable machines that can save newborns to AI startups, these Sandbox Hubli startups are solving real-world problems 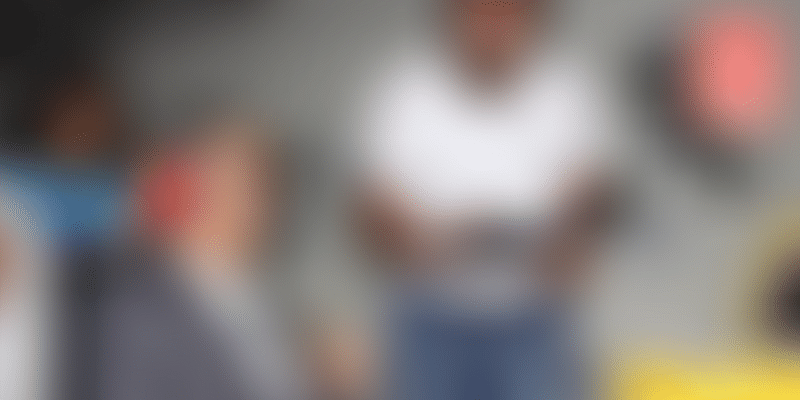 Hubli, the second largest city in Karnataka, has always been known for its traditional industries. However, in the past few years, the twin cities of Hubli-Dharwad are nurturing startups and building an ecosystem beyond the metros.

Sandbox Hubli is synonymous with startups and entrepreneurship in South India, and is a part of Deshpande Foundation Sandbox Startups. Established by Silicon Valley entrepreneur Gururaj ‘Desh’ Deshpande, the idea of the Sandbox is to bring innovation and technological drive to regions and solutions where they are needed the most.

A visit to the incubator is all you need to realise that startups and innovation are not restricted to metro cities like Bengaluru, Delhi, Mumbai, and Hyderabad. This incubator, filled with workspaces, conference rooms, makers labs, mentors, and investors, aims is to nurture startups that bring change in the lives of people living in semi-urban and rural India.

From college students to veterans, entrepreneurs here are working to solve everyday problems. Their solutions include portable machines to save the lives of babies, devices to test hearing, and farm-to-fork startup.

YourStory takes a closer look at some of the most interesting startups in the Sandbox:

Lifetron Innov Equipments, incubated at Sandbox Startups in Hubli, has built a portable, affordable solution to treat jaundice in newborns. It has the potential to save lakhs of young lives that are tragically lost each year due to lack of access to treatment.

Founded by Dr Kiran Kanthi, a practising anaesthesiologist, Lifetron was stared in 2016. It has built a low-cost, portable, bedside neonatal phototherapy unit that can be used in any kind of rural or remote healthcare setup. Last March, Lifetrons’ equipment was inaugurated by NITI Aayog CEO Amitabh Kant.

Founded by IISc alumnus Sasisekhar Krish and Suchitra B, an MBA graduate from University of Madras, nanoPix-ISS was launched in 2013. The startup was established with the idea of using image processing to bring in industry automation. It provides different solutions based on image processing and control systems to industries like agriculture, biotechnology, security, and sports.

Its first machine was built for the cashew industry. Sasisekar wanted to do something in the field of agriculture and automate some processes. During his research, he saw that over 1.8 million metric tonne of raw cashew seeds are produced across India, Brazil, Vietnam, and 16 other countries. While these are produced on scale, they need visual inspection along with manual sorting, which is a challenge.

To solve this, the team developed nanoSorter, a machine that uses image processing for automatic cashew handling and inspection. A patent-pending technology at present, the machine helps cashews to be sorted by size and colour, and can also detect splits and shrining in the nuts. The team has already filed over 40 patents, and, as of 2017, had sold over 300 machines in India.

Founded in 2015 by Rohan Kulkarni, Freshboxx Ventures is an online farm-to-fork startup based out of Hubli. Apart from raising funding, the startup has also acquired UrMajesty, a Hubli-based last-mile logistics startup, for an undisclosed sum.

Rohan, an MBA from Chanakya Institute of Management, had worked across various insurance companies and the brokerage industry. His last stint was at MCX Stock Exchange Ltd. He realised that people in most Tier I and II cities generally have a tough time getting access to good quality, chemical-free fruits and vegetables. On the other hand, farmers are not able to get their produce to customers quickly enough, or, in some cases, at all.

Freshboxx takes orders from end customers through the week until Friday, and then forwards them to farmers. On Saturday morning, the startup's vehicles collect the fruits and vegetables from farmers. Once the produce reaches Freshboxx’s premises, its staff starts processing the vegetables and fruits by weighing, washing, sieving, and cutting the produce. Freshboxx Ventures also uses Ozone technology to remove harmful chemicals and pesticides from the fruits and vegetables.

Enabling payments without the internet

Founded in 2016 by Farhan Firaq and Nouman, Microchip Payments is also a DPIIT registered startup. The idea of Microchip Payments was born soon after demonetisation. The team has built a mobile-based payment application and point-of-sale device, enabling users to make payments even without internet connectivity.

Targetting rural areas and the MENA region where internet penetration is low, the product has gained appreciation from Massachusetts Institute of Technology (MIT), DCB Bank, and others.

Bringing pure drinking water to all

Niranjan Karagi, the Founder of Nirnal, got the idea of his startup while playing football in a schoolyard. During a break, he saw several children were filling potentially unsafe water from a tap at the playground. An alumnus of AITM College Belgaum, Niranjan saw the urgent need to provide clean drinking water.

During his research, he realised filters weren’t cost affective, and decided to create a water filter that was portable and affordable. He used easily accessible materials to build the first prototype. That eventually evolved into a small filter that can be fitted to any plastic filter. The cost of the filter – still in prototype stages - is Rs 30.

Founded by audiologists T Udayraga Kiran and Remya Uday, Nautilus Hearing was established in 2018 to make hearing healthcare affordable and accessible to all. The founders have developed a boothless portable audiometer that helps audiologists conduct ear tests with ease. It also provides a tele-audiology model, that helps patients determine their hearing remotely.

The reports and data are digitised for easy access. An Elevate Karnataka winner, Nautilus helps doctors and hospitals save 80 percent cost as against the current market rate. The product is in clinical trial stages at present.