How should women-led startups prepare for the billion-club battleground? 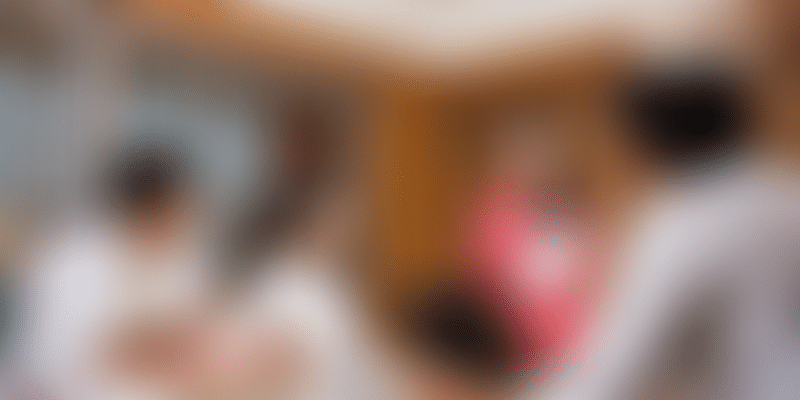 India, the third largest startup hub in the world, harbours only 9 percent of women startup founders. It’s time to change that.

Back in 2013, at a party like any other, people were enjoying and having a great time. Then came the inevitable question. "So, what are you doing these days?" My husband talked about his new job and the various projects he was working on. And like every time I said, "So, I just had a baby, HENCE I don't find the time to do anything else." And every time I said it, it felt like an excuse. That realisation stuck with me. Yes, being a mother of two small kids is a tough job. But was that seriously what my identity had boiled down to? Did I actually not have time to be myself and pursue a career? The answer to both questions was NO.

In a world full of gender-based landmines, female entrepreneurs are said to encompass about one-third of the total entrepreneurs worldwide. Women today have overcome every possible negative notion about them, proving themselves beyond doubt in every sphere of life, including the intricate world of entrepreneurship. As per a recent study, the last 10 years saw female-led companies perform 63 percent better than male-led companies in terms of return on investment, with women showing an unparalleled willingness and capacity to organise, develop, and manage a business venture. Corporations with at least 10 percent women on boards have 2.5 percent-5 percent higher returns on equity, while firms comprising 30 percent women in the C-Suite have 15 percent higher profitability than others. It is a widely substantiated fact that gender diverse teams perform significantly better than homogenous teams.

In India too, women entrepreneurs have changed the startup landscape with their determination, grit, and strength of purpose. The impetus for women becoming successful entrepreneurs is picking up the pace. Then why should we talk about “women shattering the glass ceiling” every time? Our country - the third largest startup hub in the world - harbours only 9 percent of women startup founders. Despite the exponential growth in female participation and leadership in the business world, only one of the unicorns of India is co-founded by a woman.

According to the Global Women Entrepreneurs Leader Report, India has an abysmal score of 17 out of 100 on ease of doing business for women. India’s ranking fell terribly, owing to the unequal inheritance rights and career limitations that restrict women from accessing startup capital.

Yes, a glass ceiling really exists. But the objective shouldn’t be to shatter it. The objective should be to dream beyond your imagination, without anybody telling you that you should not. Much like everywhere else in the world, the can of worms for women in the Indian startup ecosystem comes from pro-gender policies, meagre technical and financial assistance, and stringent business and government regulations, affecting their chances at a fair financial valuation of their startup or fundraising. Men may be questioned about growth, prosperity, and ambition, but women are often questioned about safety, security, and stability. The bias tends to condense further if the woman is married or/and has children. Thinking about the initial phase of my career reminds me of the suspicious male faces I sat across during real estate meetings, for they hadn’t seen a woman leader in the industry yet.

With women entrepreneurs carving out a niche for themselves across the globe, it is high time to realise the significant potential to mobilise the untapped aptitude of women entrepreneurship in India. It is time for women to realise that it’s absolutely okay to be greedy in their ambitions, to stop thriving on benchmarks set for them by someone else. We, as women, must not box up our ambitions or settle on our dreams. We are much more capable of perceiving ourselves better because perception is a reality.

In entrepreneurship, the rules of failure are the same for both men and women, but the rules of success differ. I believe that a female leader needs to be far more determined than male counterparts. She needs to be more firm, disciplined, articulate, patient, and versatile in this journey. Maintaining the perfect balance between work and home responsibilities is not easy. But what I seek from our patriarchal society is to not question me on how I am managing both. I can be a COO and a mother, at the same time. It is a great feeling to be a woman entrepreneur and create an organisation from scratch in a male-dominated industry. In my entire career, never have I faced a challenge that I was not able to overcome just because I was a woman. With changing perceptions, relatively increasing social acceptance of women entrepreneurship, and the rise of SHEroes in the country as role models, there will be a day when gender will stop mattering.

It is importunate for investors to take note that India is ripe for the growth of women entrepreneurs and the country’s GDP has the potential to increase anywhere between 16 percent to a soaring rate of 60 percent by the year 2025, if more women have the opportunity to participate and contribute to the economic growth. Also, women need to get on both sides of the table. While it is pressing to see the rise of women entrepreneurs, we also need more women investors and mentors in the system. They can mentor women on how to get funding for their startups, besides providing them with guidance on running their businesses. This will enormously assist in balancing gender disparities. Another crucial measure is to streamline the banking infrastructure for women.

The Indian government is running an array of initiatives like ATAL Innovation Scheme and MUDRA, to boost the participation of women in running their own businesses. There has been a considerable push from several industrial organisations across the country for a strong platform for knowledge sharing, networking, and mentoring to women entrepreneurs. Various women-led mentorship and leadership programmes like Sonder Connect and SAHA Fund are gaining traction, and technology companies and corporates are also coming together to actively promote the inclusion of women in the workforce.

Ladies, it is time to explore new opportunities, dust yourselves off, dive into the ocean of entrepreneurship, and swim through it by putting your heart and soul into your startup. On the other hand, the world needs to tweak its cultural mindset to propel women entrepreneurs towards fast-track growth. This will definitely lead us to the future where there will be no female leaders; there will be just leaders.