The ability to stay ahead of the market is important, says early-stage investor Vinish Kathuria 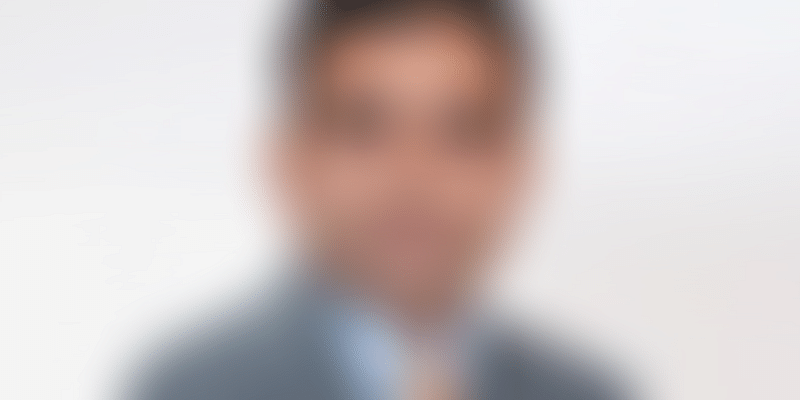 In a conversation with YourStory, Vinish Kathuria, investor and Managing Partner of SenseAI Ventures, talks about how the Indian startup ecosystem is maturing, what he looks for in startups, and how AI can be truly transformative.

Vinish Kathuria, Managing Partner at SenseAI Ventures, is an IIT-Delhi alumnus who returned to India after spending over 15 years in the US. Having worked for the likes of Microsoft, Infospace, and Spice Digital, Vinish felt that the next wave of technology would be in India.

Belonging to a middle-class family, Vinish's father was a government official and his mother was a school teacher. For long, he felt that technology had the power to change and transform lives.

After coming back to India in 2007, he became a member of the Indian Angel Network (IAN), mentored and invested in a few startups, and co-founded Rank Software, a platform that leverages big data, machine learning, and artificial intelligence (AI). The only India-based employee of the company, Vinish was the COO of Toronto-based Rank Software but soon decided to take on a non-executive role.

Today, he’s on the board of companies like automotive component manufacturer and supplier Varroc and an early investor in Mumbai-based Ridlr, the end-to-end ticketing and commuting app for public transport that was acquired by Ola last year.

In a conversation with YourStory, Vinish spoke about what he looks for in startups, how the Indian startup system ecosystem has evolved and changed, and why he focusses on startups that use technology to solve problems.

Also read: We are building products in India that are deployed worldwide, says Uber's Manik Gupta

YourStory: What prompted you to return to India? And what is your take on India then?

Vinish Kathuria:  I came back to India in 2007 because I was bored in the US and felt that there was more action in India. In 2007, India itself felt like a startup that was about to bloom. We knew it would have its problems and transitional issues, but the optimism and the ecosystem were at the cusp of growth.

Since 2007, I have been a part of the startup ecosystem in my own way. I have worked not only on startups, but also in market creation and evangelism. In my last venture (Rank Software), I worked on AI, ML and cybersecurity. The startup was based out of Toronto; I was the only one in India. We raised funding and reached a stage where we decided to get a local person as CEO, and I stepped out of day-to-day operations.

But I am very fortunate to have lived through those 2am moments when you see AI, how it can truly transform things. That is when we started to think of the idea of SenseAI.

YS: Can you give us a brief idea of the thought process behind starting SenseAI?

VK: For me, two experiences converged. Firstly, how do you mentor a startup through investments? Secondly, and lived through the AI and ‘ah’ moment of an entrepreneur myself, the thought was how do we combine the two? There were two things that worked:

So, we thought, instead of focusing on divergent technology why not focus on ventures that focus on AI and ML and help them in their growth journey.

Early stage startups need the right tempo; AI-driven ones need a lot of help on technology. Unlike a mobile app or a website, where you have a finished solution, AI hardly has a methodology to solve something. If you go after one problem, five more crop up. How do you address the problems? And in solving one of these, you might develop an IP.

We have tied up with University of Toronto, IIT-Delhi, Carnegie Melon among others; the idea is to get the right intellectual partners who, formally or informally, help with tech.

YS: What are some of the important abilities that a founder must have?

VK: We see a couple of things before investing in a startup and founder. You have to be willing to admit that your initial thought and the final outcome of the company may or may not be the same. And it isn’t that the board is going to force a change.

The market may evolve differently from what your assumptions were. Are you ready for that change? It’s not a yes-or-no answer. How do you do that? There is no science because you need to back your idea and react to the market changes. The ability to be ahead of the market is important.

Also, the ability to manage talent is important. It is easy to acquire talent after you get funding, but how you get the right output from that talent is a very important factor. The standard issues of customer adoption might be slower, cash burns and others I understand, but these two factors determine the maturity of the founding team.

Do you have enough checks and balances within your team? It’s healthy to have discussions on different viewpoints and come to a conclusion.

Also read: Early-stage investor Mohit Gulati is ready for a new innings and here's what he is up to

YS: What do you look for in a product before investing?

VK: Is there a tangible problem from a use-case perspective that somebody is trying to solve? Does this have the potential to be really big? Everyone talks about the India story and the market, but how many people is your product going to reach and impact? We primarily look at the application of the product, and whether it has the potential to impact several millions. And does it use technology?

We get interested when technology becomes the most viable approach to solve a big problem. We look at transport, fraud detection in ecommerce, and others for early stage investments up to $1 million.

YS: How does SenseAI help startups?

VK: Our goal and endeavour is to help them prepare the right product and get the product-market fit. So when they go to the Series A level, the investor realises that the startup has gone through multiple levels of iteration for the market. And it is the most likely fit. You have a couple of real customers paying and introducing the angle. We are looking at a few sectors where AI and ML can make an impact - logistics and transport, short-haul time-bound logistics, the interplay of natural language, and voice as a service or product.

YS: What are the changes you see in founders today?

VK: We see a higher level of maturity in founders coming. Today, founders come with a particular use case in mind. They have understood that in teams with multiple founders, one has to step up to be the business person. Now, you can have dialogues, and - in some cases - even agree to disagree. There is a maturity in the ecosystem.