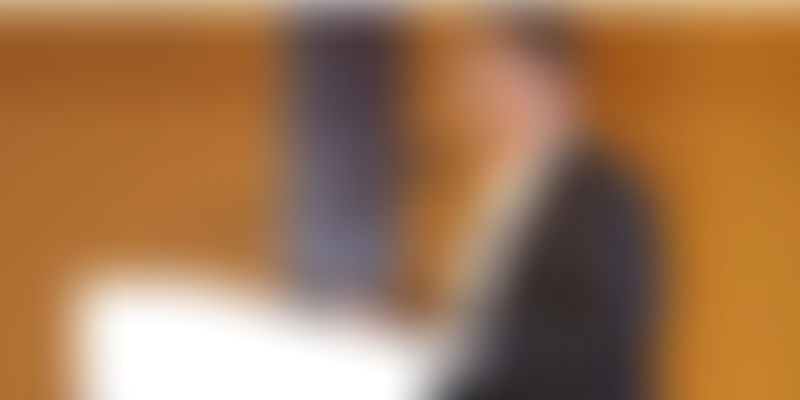 Artelus India was awarded for its breakthrough work in designing a deep-learning based AI algorithm that reads digital images to detect and identify early signs of diabetic retinopathy that could lead to permanent blindness. The product, Diabetic Retinopathy Intelligent Screening System Integrated (DRISTi), has been designed to connect patients to endocrinologists and general physicians during mass screenings.

Founded by Pradeep Walia, Rajarajeshwari K and Lalit Pant, Artelus wants to reach out to the ‘forgotten billion’ by making it possible to deliver a quality healthcare experience beyond the boundaries of hospitals and specialised clinics, while also reducing the burden of the already overworked healthcare practitioners in India.

Mobiusworks was awarded for its smart wearable called ‘Wagr’, a small, light, and comfortable device which helps track a pet’s location and activity and keeps pet parents up to date about the pet’s safety and fitness.  The startup was founded in 2016 by Advaith Mohan, Ajith Kochery and Siddharth Darbha.

Chigroo Labs was awarded for designing a smart cradle with auto-swinging and integrated contactless baby monitoring capabilities. In addition to features such as responsive rocking, its contactless baby monitor keeps a tab on the baby’s posture, activity, and breath rate to prevent Sudden Infant Death Syndrome (SIDS). The startup, just over a year old, has been founded by Bharath Patil and Radhika Patil.

Committed to accelerating Innovation in India

In his inaugural addresses at the showcase day of the Qualcomm Design in India Program, Rajen Vagadia, VP and President, Qualcomm India, gave an overview of how Qualcomm is leveraging its three decades of expertise in wireless technology to give back to the ecosystem.  “We are giving our technology to our partners and the startup ecosystem, who are then leveraging our technology to bring their solutions to the larger ecosystem to drive big impact.” He added, “In addition, we are probably one of the few companies which invests a disproportionately large share into research. That has helped us achieve a leadership in advanced technology and we are now committed to share our research infrastructure and expertise with the ecosystem.”

Rajen shared details about Qualcomm’s initiatives in India and how these continue to accelerate growth and innovation in the country’s tech ecosystem. He said, “Qualcomm began its India journey in 2004 and today we have one of the largest pool of engineers. We actively work with OEMs, government, carriers, ODM, infrastructure vendors, app and service providers. Qualcomm Ventures launched a $150 million India fund in 2015, and we have already made investments of $44 million. We have also announced the launch of a $100 million WW Qualcomm AI fund. And, Qualcomm Design in India Program has continued to accelerate innovation in India. Qualcomm Design in India Program’s journey began with Qualcomm Design in India Challenge and now has expanded to include Design services via the Qualcomm Innovation Lab, Accelerated Design Program and Qualcomm Innovation Fellowship.”

He called on startups to leverage Qualcomm’s IP expertise and their commitment to help startups file patents. “We take equal responsibility and guide them through every step of the patent filing process. Between 2016 and 2018, we have helped startups file 70+ patents.”

He added, “Today, Qualcomm Design in India Program has become a mainstream program from a dream program. We now want to know what more can Qualcomm do for the startup and the technology ecosystem in India. We would like to reiterate our commitment to support these in whatever way we can.”

Varsha Tagare, Managing Director, Qualcomm Ventures India, then took to the stage to share a brief overview of the investments of the venture capital arm of the corporate and how their support is helping startups develop next-generation technologies. “Our investment focus is on areas like mobile, IoT, automation, computing on the edge, digital and health. Through our investment in technology we are solving real life problems and have impacted lives in areas ranging from dairy to defense.”

This was followed by the screening of a showcase video sharing the key highlights of the Qualcomm Design in India Challenge program.

In a fireside chat with Varsha, Shradha, also the Chief Story Officer of YourStory, shared her entrepreneurial journey -- from her initial days as a first-time entrepreneur, the challenges of being a single founder and building credibility.

Reflecting on her early days, Shradha says she had her fair share of naysayers. “Many people told me it was not going to work. Several told me to run it as a hobby, while some even said that the idea to launch a platform for telling positive stories sounded a great deal like a plan to start a charity organisation. But I found that the more I thought about the lack of such a storytelling platform, the more determined I was to make my idea a reality. And today, I’m proud to say that I run a profitable business of telling positive stories.”

And yet, running the business as a single founder is no mean feat; it takes work, Shradha says. “As a single founder, you need to have the passion and courage. You need to believe in yourself and your vision, even when others don’t. Telling positive stories was labeled as a dumb idea in 2008. But, by telling positive stories consistently from 2008 to today, we have proved that wrong and have built the credibility. Consistency is key to building credibility. And, during your journey as an entrepreneur, there will be times when you will be asked to make compromises, but you must stand firm and say no. It might be hard, but it feels authentic, and in the long run, will help you build credibility.”

The event was anchored by Madanmohan Rao, Research Director, YourStory.