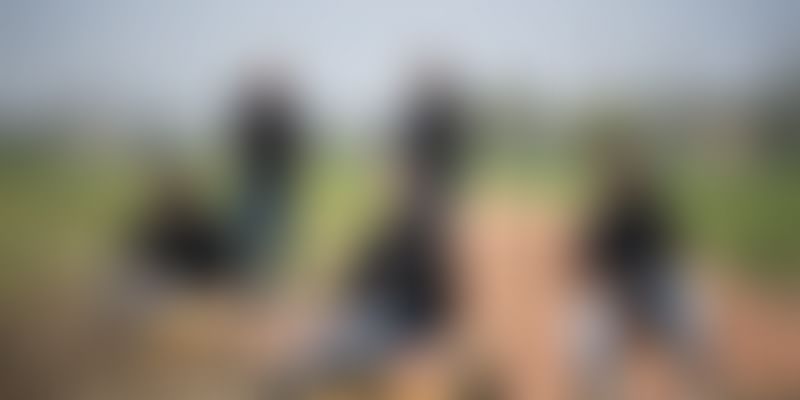 Patna-based online platform DeHaat, which connects farmers with agri input suppliers and buyers for their produce, has raised pre-Series A funding of $4 million led by Omnivore and AgFunder.

Close to half of India’s population is dependent on agriculture for its livelihood. Add to that, with 157.35 million hectares under cultivation – the second highest in the world – there is enough scope for technology to not only make farmers’ lives easier, but also increase yield and output.

DeHaat, founded by IIT Delhi alumnus Shashank Kumar and IIT Kharagpur alumnus Manish Kumar in 2012, aims to do just that. Manish is no longer part of DeHaat.

“Hailing from a farming community in Bihar, I had exposure to the difficulties faced by farmers on a day-to-day basis, even though I didn’t have direct experience in farming,” says Shashank. Having earlier worked as a consultant, he used his experience for DeHaat to create a sustainable business model. Manish, however exited the company in 2015.

Patna-based DeHaat is an online platform that connects small farmers with a network of micro entrepreneurs – suppliers of various farm input and equipment – who procure various inputs such as seeds, fertilisers, and even equipment, as well as offer crop advisory and market linkages.

DeHaat on Monday, announced it had raised pre-Series A funding of $4 million led by Omnivore and AgFunder. Pankaj Chaddah, co-founder of Zomato, and another Indian family office also invested in the funding round. Manish exited the startup in 2015.

Today, DeHaat claims to have over 150 micro entrepreneurs who serve more than 55,000 farmers in Bihar, Uttar Pradesh and Odisha. The platform has over 520 different agricultural inputs listed, and has partnered with the likes of UPL Ltd, IDBI Bank, IFFCO, DuPont, Pepsico, Bayer Ag and Yara International. There are also more than 100 institutional buyers associated with DeHaat to facilitate procurement of agricultural produce directly from farmers.

DeHaat claims to have clocked a revenue of Rs 45 crore so far. It closed the last fiscal with a revenue of Rs 21 crore and was positive on the earnings before interest, tax, depreciation and amortisation (EBITDA) level.

“With the current round of funding, DeHaat is targeting growth of 3-4X over the next 18-24 months. The funding will help us deepen out network in Bihar, Uttar Pradesh, and Odisha to reach 250,000 farmers, supported by 550 DeHaat micro entrepreneurs by March 2020. We are also a launching farm credit and crop insurance services in the coming year."

Currently, DeHaat focuses on three major services – agricultural input, crop advisory and market linkage for farm produce. Farmers can place orders through the DeHaat helpline, the mobile app, or a physical centre. Orders are then sent forward to DeHaat’s micro entrepreneurs, and fulfilled the same day. Each DeHaat micro-entrepreneur caters to 600-800 farmers in a radius of 3-5 km.

“These micro-entrepreneurs use our ‘DeHaat for Business’ application to enroll farmers, to aggregate demand, visit farms, capture crop-based queries, and aggregate the farm produce."

The startup also takes in queries from farmers and sends them to experts who address them in real time. It also houses an exhaustive crop-pest database, which has been developed in house for current crops.

“The primary challenge is access to the right data in remote areas. While there are several reports and journals, the information is basic and doesn’t capture farm-level data. This meant we had to collate the data on our own,” says Shashank.

DeHaat, an online platform, had to work extensively to bring farmers and micro entrepreneurs on board. Shashank says that getting the right people on board, especially in rural areas, is a game of trial and error.

The core founding team includes IIT Kharagpur and IIM Ahmedabad alumnus Shyam, who has worked with Reliance Industries for over two years. Adarsh Srivastava, Abhishek Dokania and Amrendra Singh form the rest of the team.

Over the last seven months, the platform has handled over 20,000 tonnes of agricultural output like corn, wheat, chilli, litchi and vegetables, while connecting farmers with institutional buyers, says Shashank. “At the same time, DeHaat has delivered more than 26,000 orders related to agri inputs, and 86,000 advisory inputs to farmers over three months,” he adds.

Agritech as a sector is slowly, but steadily gaining prominence. Earlier this week, TartanSense, announced it had raised $2 million in seed funding led by Omnivore, Blume Ventures, and BEENEXT. On Wednesday, Pune-based agritech startup AgroStar has raised $27 million in a Series C funding round led by Bertelsmann India.

Jinesh Shah, Managing Partner of Omnivore, on the investment in DeHaat said, “Increasing the profitability of smallholder farmers is the most important priority in rural India, and DeHaat has developed a scalable, sustainable model for doing exactly that.”

“We aim to serve 250,000 farmers by March 2020 in the same geography, and expand the farmers’ network to 1 million in others states like Madhya Pradesh, Rajasthan, and Maharashtra by 2022,” Shashank says.