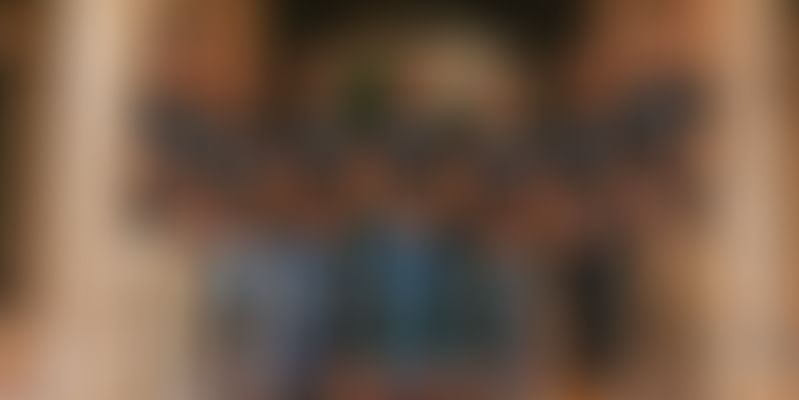 According to Indian parents, you're either a doctor, an engineer, or a failure.

Fearing the label of the latter, according to the HRD Ministry, over 1.5 million students pass out of engineering courses every year. And yet, not all of them are guaranteed jobs.

The difference is actually quite stark.

The reason behind this is that often, new engineers lack the advanced programming skills needed for jobs today. More often, engineers with the right skill sets work jobs that require much less skill.

College drop-out Ayush Jaiswal (23) realised this in the very first year of his engineering college. Intensive reading about business magnate Steve Jobs made Ayush want to work in the Silicon Valley.

Also read: IITs step up to plug the gap in AI education in training, offer short-term courses too

Ayush founded Dealflow, a networking platform helping investors discover, collaborate, and invest in the best startups. Dealflow was not a success and Ayush believes the time was not right, with the decline of investments and presence of players like Tracxn and LetsVenture.

A dozen failed products and startups later, Ayush met Andrew Linfoot (26) in Delhi's co-working space Innov8, where he was working on Dealflow.in. Familiar experiences in the startup front led the two to start Pesto.

"We wanted an easy name for our company, one that everyone around the world could understand. Initially we thought about pencil.tech but since the domain was already taken, we went with pesto.tech," says Ayush.

Working as a career accelerator, Pesto runs a 12-week bootcamp where they train software engineers with minimum two-years of experience in soft-skills, by connecting them to mentors in the US.

"Pesto will go a long way in addressing the competency gap of engineers produced by Tier II and III engineering colleges and what global product development or R&D companies need. As gig economy becomes mainstream, the future of work will be all about enabling talent from anywhere to contribute. Pesto is helping the young talent from Tier III towns and remote areas to get a platform where their skills and competencies can be polished so as to make them compete with the best software engineers from not only top/Tier I colleges in India but from anywhere in the world," Vinod Sood, MD at Hughes Systique India, says. He is Ayush's mentor and guide.

Software engineers with minimum of two years' experience have to fill up an application form on the website. Applicants then go through multiple rounds of cultural interviews, technical rounds, quiz, and an elimination round before their application is finally accepted.

Mentors, mostly people who have worked in big organisations like Facebook, Twitter, and Uber, volunteer to help these software engineers to level up their skills to be able to take up jobs for the US sitting right here in India.

Ayush and Andrew are members of tech societies in the US and that is where they connect with these mentors. "When these mentors see the impact one hour off their week has on these engineers, they become enthusiastic about working with us, even without any pay," says Ayush.

During the three-month period, every student of Pesto is trained by a mentor once every week through video conferencing. They have developed an India-specific curriculum that not only teaches software development but also focuses on bridging cultural gaps.

Co-founder Andrew was in the Valley and was previously Head of Technology at Gary Vee's Vayner Publishing. He improves the code writing skills of the engineers. Codes generated by these software engineers are also sent to be reviewed by US-based engineers.

"The soft skills lectures really helped me to inculcate the habit of thinking big, which is, in my opinion, the most important thing for any individual. The technical lectures (have) helped me to become at par with my international colleagues," says Nikhil, a Pesto graduate and full-stack developer at Jumpcut.

Pesto are a team of five. While Ayush tried his luck with startups since his college years, Nimish Gupta (23) was Pesto's first hire. He was called for an interview and asked to work, provided he was willing to take a pay cut and with the risk of losing his job in three months. He stayed on to become one of Pesto's core team members. The other two team-members Arfat Salman and Shubham, they are the Director of Education and Head of Admissions, respectively.

Pesto's first challenge was that people assumed it was a scam. "It made filling the first batch of students really difficult," says Ayush.

Their biggest problem right now is dealing with the number of applications they receive for each batch. Ayush says, "As a startup we only have resources to train around 25 people per batch."

The first batch of Pesto had four students and recently, two of them found jobs with US companies with packages of $30,000 and $40,000.The founders claimed to have receive more than 10,000 applications.

"We are currently working on building out software tools to automate the process of selecting applicants," he added.

The training fee is free upfront. However, before joining the programme, students have to sign an income share agreement.

Once the trained software engineers earn over Rs15 lakh per annum at a full-time remote job in an international tech company, they have to pay 17 percent of their annual income as training fee for the next three years on a monthly basis.

If the students are not making over Rs 15 lakh per annum, the training is free.

The Indian edtech market is pegged to touch $1.96 billion by 2021, says a report by KPMG and Google. Players like UpGrad, Simplilear, Udacity, Great Learning, and Coursera have made it big.

Pesto doesn't wish to remain much behind either. "We ended up doing around $350,000 in revenue, which gave us breathing space," said Ayush. He did a consulting project for four months to raise enough money to invest in Pesto.

Pesto charges a management cost of around $500 to their hiring partners for providing office and managing their experience. While the mentors are all volunteers, code reviewers are paid by the founders.

"Our business model's margins rely almost completely on the quality of our programme. We value each income sharing agreement at $30,000. Our upfront cost comes down as we scale," says Ayush.

"We are focusing on increasing the frequency of the batches and automating most parts of the business by building internal tools,” says Ayush. Pesto is set to start a new batch each month with a capacity to train 25 students per batch.

Their long-term plan includes making remote work mainstream and fixing the gap in the education system.