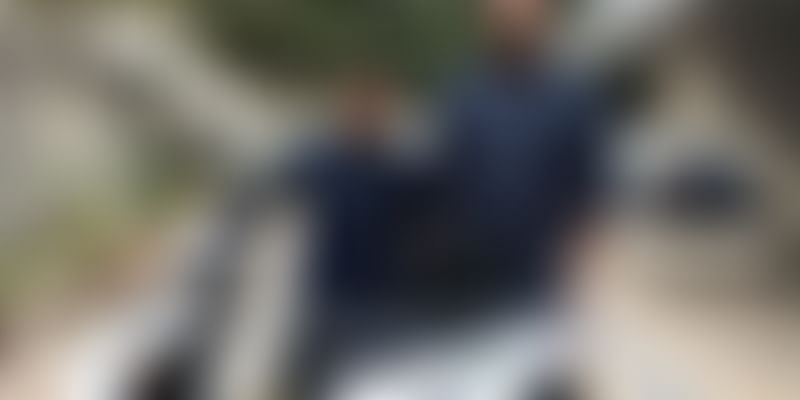 ‘The future of transport is electric.’

We are sure you’ve heard this before, and we’ll tell you why.

Rising fuel prices and increasing environmental hazards associated with petrol and diesel vehicles have led to a pressing need for cleaner, greener, and more affordable mobility solutions worldwide. Over the last few years, there’s been a significant buzz around Electric Vehicles (EVs), which, until not too long ago, was just a pipe-dream or something only Elon Musk spoke about.

But they say that ‘today’s science fiction is tomorrow’s reality’, and several Indian startups are, in fact, out to make EVs mainstream in India. These include vehicle manufacturers, mobility aggregator platforms, as well as makers of vehicle components like batteries, chargers, etc.

Mumbai-based Gegadyne Energy is one such startup that is riding NITI Aayog’s Electric Vehicle Mission 2030, which states that India can create a $300 billion domestic market for EV batteries by 2030. Gegadyne makes proprietary battery technology for EVs, and is readying for a commercial rollout in early 2020. Its current prototype has a capacity of 1 kWh.

The concept originated back in 2014, when two mechatronics engineering students, Jubin Varghese and Ameya Gadiwan, were inspired by the launch of Tesla’s Model X and Model S cars. Jubin was a car enthusiast; Ameya was into hard tech. Both decided to make an EV for their final year project at NMIMS.

They went about collecting spare parts from Mumbai’s junkyards, but hit a roadblock when they realised the battery required to power the EV was 3X more expensive than the entire cost of building it. Jubin and Ameya dropped out of college soon after, and started Gegadyne Energy in 2015.

They began with lead-acid batteries, which were cheap but took almost forever to charge. Then, they switched to lithium-ion batteries (typically used in EVs), which were quick to charge, but lost some battery life with every charging cycle ala iPhones. “That is when we stumbled upon supercapacitors, which already existed in the market,” Founder-CEO Jubin tells YourStory.

Also Read: Ola, Mahindra, Bounce: meet the companies lighting up the road for electric vehicles to go the distance

Supercapacitors have quick-charging capabilities, come with a longer battery life than lithium-ion batteries, and are much lighter to carry around. But they too have their share of problems. Supercapacitors are usually low on energy density (the amount of energy stored in a given space), and have a high self-discharge rate (the power which drains out without any external load).

Jubin and Ameya decided to fix this. Jubin explains,

“There was scope to build incremental battery tech instead of creating something from scratch. Since India doesn’t have an established battery supply chain, we decided to work on materials that are widely available in nature.”

The founders enhanced the performance of supercapacitors by mixing

graphene, composite nanomaterials, and Artificial Atoms - quantum physics, basically. They managed to increase the energy density of the batteries, and bring down the discharge rate. Today, this tech forms the core of what Gegadyne does.

The startup claims its technology can charge EV batteries from 0 to 100 percent in just 15 minutes. It also makes the batteries cheaper, lighter, and greener. Plus, it improves the battery life cycle by 50X compared to conventional lithium-ion batteries, it claims.

Powering EVs, and ‘Make in India’

Gegadyne’s tech is being indigenously developed in line with the government’s ‘Make in India’ initiative. Batteries account for one-third of the cost of an EV. At present, India imports lithium-ion cells, which increases the cost burden on vehicle manufacturers. And, Gegadyne wants to correct that.

“Making in India allows us to change the unit economics of EVs and everything else associated with them. Unless the batteries get closer to $100/kWh, it will be a daunting task for EV manufacturers to compete with petrol-based vehicles. At present, it is about $300-350/kWh.”

Gegadyne offers a range of products and services related to energy storage, including battery packs, individual cells along with battery management systems and auxiliary analytics solutions. Essentially, it is building an entire energy ecosystem around EVs, which is expected to take off by 2021-2022.

The startup has filed a portfolio of patents, a few of which are awaiting approval. It wants to be deemed as India’s first supercapacitor-based battery manufacturer, not only for EVs but also for consumer devices eventually.

“We are taking on traditional lithium-ion batteries not only in terms of utility, but also cost, convenience, and environmental-friendliness.”

In early 2018, Gegadyne raised an undisclosed seed round from the Mumbai Angels Network. It is using the capital to set up R&D facilities and labs in Mumbai, and to refine its technology for a commercial launch in early 2020.

“Our product has gone through multiple iterations. We are looking to scale it up now, and are in talks with various OEMs for pilots,” Jubin reveals.

Gegadyne’s investors expect it to become a name to reckon with in the sector of sustainable technologies.

Last month, both founders also made it to the ‘special mentions’ section of Forbes India’s 30 Under 30 List.

Also Read: The future is electric: how bike-sharing and rental startups are trying to crack unit economics

Not everything has been smooth, though. The founders admit their biggest challenge has been to “define the success metric for investors”.

“The market is playing a wait-and-watch game, and energy startups are dependent on government incentives for growth,” says Jubin, adding, “Don’t know if they are waiting for Tesla to come in and scale up the ecosystem, but increasing battery production is the only way to popularise EVs in India.”

Building a “solid team” has been tough too.

Since Gegadyne deals with core material science, it requires highly skilled people to lead the charge (pun intended). The startup has a team of five PhD scientists and researchers, who specialise in various aspects of material science and energy storage. They hail from renowned institutes including IIT-B, DRDO-DIAT, the University of Madras, etc.

Jubin says, “We were clear from the beginning that the next generation battery needs to be not only superior than the existing one, but also more affordable.”

Gegadyne Energy has managed to successfully test an electric scooter using its battery tech. Now, onto other journeys!