Monster.com highlights the issue of India’s lack of #WorkLifeBalance with humour 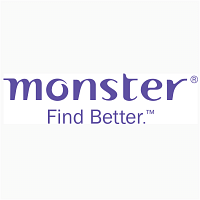 According to a 2016 Future of Work report by the World Economic Forum, India will have the world’s youngest workforce by 2022 and the largest by 2027 with nearly a billion people under the age of 64. With the competition for a limited number of jobs growing, the need to keep proving oneself becomes paramount. The first thing to get sacrificed in this race to retain a foothold on the ladder is ‘work-life balance’.

The term, which can be defined as ‘the balance that an individual needs between time allocated for work and other aspects of life such as, but not limited to, personal interests, family and social or leisure activities’ was first used in the UK in the 1970s and later in the US in the 1980s. Four decades later, it remains one of the greatest shifting goal posts of our times.

A recent Understanding Work-Life Balance Survey by Monster.com of 2,000 professionals revealed that more than half rated their work-life balance as average to terrible. Surprisingly, 45 percent of the respondents were from non-Tier 1 cities where the challenge of balancing one’s professional and personal life is believed to be less of an issue. While 75 percent of the respondents said their office did not have a defined work-life balance policy, 25 percent were not even aware such a policy existed.

Here were some of the other key findings:

When asked how they would define work-life balance:

Contrary to how companies function by pushing their employees to deliver, there are greater advantages to both the company and the employee when there is work-life balance. These include improved employee engagement, productivity and efficiency and focus; less burnout, which results in improved contribution at the workplace; time to develop associate skills to enhance productivity; and reduced attrition, which will save the company time and money on training and skilling new employees.

To initiate the conversation around the importance of maintaining #WorkLifeBalance, Monster.com has launched a communications campaign across India, the Middle East, Singapore, Malaysia and the Philippines. The ad films offer a humorous, almost darkly funny insight into how our work life can take over all other aspects of our life, and affect our friendships and relationships, and leave us with major FOMO.