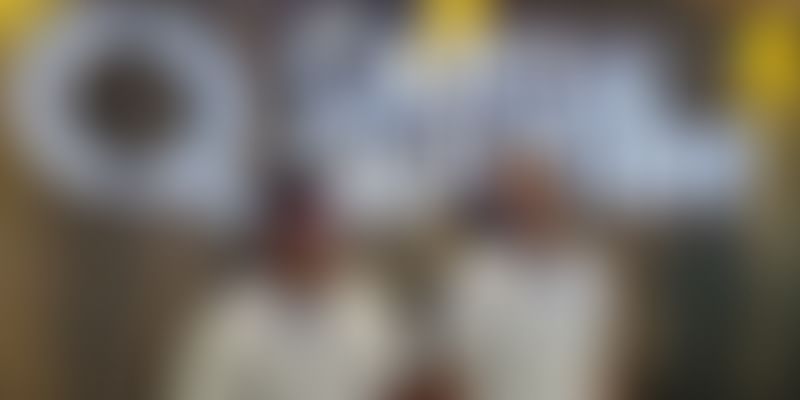 Bengaluru-based online financial advisory Capital Quotient focuses on a planning-first approach; at present, it largely caters to customers looking to pay back their loans by making smarter investment choices.

A common saying goes that advice you pay for is always dearer than what you get for free, especially when it comes to money. Former Citibank employee Sousthav Chakrabarty piloted his advisory model in the wealth space way back in 2007. The non-technology proprietorship had its own challenges, but Sousthav laboured on. The breakthrough came in 2016, when he backed the idea of a personal finance advisory platform by technology, and Capital Quotient came to being.

Co-founded by Gautam Reddy, Anil Bhat and Ajay Prasad, Capital Quotient’s core proposition is advisory. And what sets it apart is that it charges clients for it. Most advisory startups don’t charge individual retail customers for financial advice. Instead, they execute investments for their client, for which they are paid a commission by the mutual fund house or stock broker.

“Most individuals do not know what their past investments are worth. The consolidation not only allows them to assess that, but also provides their family a ready reckoner in case of any mishap or untimely death of the person.”

A customer’s financial health is assessed by Capital Quotient’s AI-driven algorithms, which then offer a plan to reach specific financial goals. Sousthav says 90 percent of online advisory on the platform is automated. Customers also, of course, have the option to seek a personalised approach; 10 percent of the cases involve a personal wealth manager.

A wealth manager, once assigned to a customer, keeps a check on their goals and tailors a financial plan to achieve that. Capital Quotient released its personalised advisory in December 2017.

It also offers a subscription model. Currently, for a wealth manager, the platform charges a one-time advisory fee of 0.25 percent for the wealth managed. Customers are charged Rs 299 per month for the automated AI advisory and a three-year subscription comes at a fee of Rs 10,300.

Interestingly, the trend among digital advisory firms is to offer free advice. On this, Sousthav says,

“What we are trying to build is accountability. We want to ensure that the products we recommend are giving the customers the returns they expect. While most advice is generalised, our advisory is trying to give customised and tailored advice, which will be scalable in the future. Also, we are committed on understanding the purpose behind the user’s investment while assessing their true financial worth when they sign up.”

He points out that most digital platforms facilitate investments in mutual fund schemes and their revenue model includes commissions from asset management companies.

“To hedge our dropouts, we launched the three-year subscription, which currently includes perks like an additional degree of personalisation and online meetings with our wealth managers. Also, we are gamifying the platform for new customers. So, they can get to use the AI advisory tool free for three months if they achieve certain tasks,” Sousthav explains.

Demonstrating the popularity of the plans, he says 15 percent of those using the AI advisory tool had opted for the subscription model on the platform. To boost stickiness, the platform is also looking to provide real-time feedback on a customer’s financial plans based on any event, as well as an analysis of long-term implications of short-term events.

Capital Quotient’s revenue stood at Rs 3 lakh in the first year of its operations, FY17 , and grew to Rs 30 lakh in FY18. Sousthav expects turnover to grow to Rs 1.5 crore in FY19.

The startup has a team of 55, including 14 full-time wealth advisors.

Also read: At 13, he invested his parents’ money in the stock market; at 26, he runs a successful wealth management startup

Capital Quotient, at present, largely caters to customers looking to pay back their loans by making smarter investment choices. There are four primary steps in a financial advisory service:

a)      Planning: Here, the platform quantifies the financial goals of an individual

b)     Consolidation: An individual’s assets are brought together on a single platform for assessment

d)     Execution: Buying financial products. However, Capital Quotient does not sell any financial products as it only has an advisory licence from capital markets regulator Securities and Exchange Board of India.

Capital Quotient has tied up with various mutual fund houses, and puts customers in touch with other financial institutions for transactions.

According to the founders, 90 percent of their customers are in the age group of 25 to 35 years, while the rest are aged 45 to 55 years. The total assets under management (AUM) for customers using the AI route stands at Rs 60 crore, and is spread over 3,500 unique users. Personalised wealth management has a higher AUM of Rs 210 crore, spread across 120 active high net worth individuals.

The company claims it has acquired 1,000 users in the last two months.

“We haven’t had exponential growth on the platform since we have maintained a low profile until now. This is because we wanted to fully develop our AI, which requires constant teachings. The second reason is that we don’t have a mobile app. We aim to launch the same in the next three months, with our AI models running live on the app.”

Capital Quotient has raised around $900,000 from strategic angel investors, and is now in talks with multiple investors to raise another $1 million, over the next three to four months.

The company is targeting a 7x annual growth rate, and aims to clock revenue of Rs 10 crore by FY 20. In addition to Tier I cities, it is also betting heavily on the Tier II and Tier III cities. Sousthav says the company plans to set up physical operations in 40 cities this fiscal. The advisory currently has a presence only in Bengaluru and Bhopal.

The founders also estimate that the startup will have close to 120,000 customers by the end of the next fiscal year, and advise on AUM of Rs 500 crore to Rs 600 crore by March 2020.

But, will it survive the tide?

Competition in the wealth management space is rife, with bigger players like PhonePe, Paytm, and MobiKwik having got their foot in the door. One97 Communications, which owns Paytm, launched its mutual funds investment platform, Paytm Money, in September last year, while Gurugram-based MobiKwik entered the wealth management space with the acquisition of mutual fund platform Clearfunds in October last year.

Flipkart-owned PhonePe also started its wealth management arm PhonePe Wealth Services Pvt Ltd in November last year. Early this year, Scripbox raised Rs 151 crore as a part of its Series C funding. Other competitors include Nivesh, Groww, Orowealth, and Sqrrl, all of who have raised funding demonstrating investor faith in the space.

On the stiff competition in the sector, Sousthav says,

“Essentially, MobiKwik and Paytm are looking at convenience and we can have a co-branded approach. They are focused on transactions and we can route the investment through their platforms. Also, I feel that there is also a possibility for small players to band together, and launch co-branded products built on each other’s strength.”

Capital Quotient is also looking to counter competition by launching exclusive products on its platform. The first set of these products will be released in the next six to nine months.

Managing money is never an easy task and often carries a significant amount of risk. What remains to be seen now is how the wealth management space will pan out in the future.