Bitten by the organising bug? This app promises to sort, file and tidy up your SMS inbox 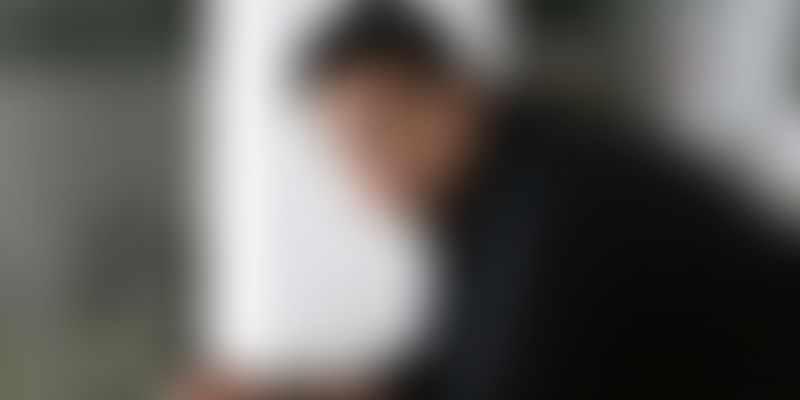 The SmartSMS app sorts conversations in an SMS inbox to organise them and help you get the best out of your messages.

Decluttering is all the rage these days, and while there is plenty of help to deal with your cupboards, cabinets, emails and computer, the SMS inbox is often ignored. For most of us, the SMS inbox typically has details of bank and credit cards transactions, flight bookings, salary credits, upcoming payments, online shopping, food delivery, personal messages, and a whole lot of spam. It's tough to find an important message when you need one.

While SMSes have been around for over 25 years, there were no innovations around this feature. That was until Apurv Kumar, Nitin Tomar, and Vivek Soni decided to change that. SmartSMS was started in December 2017 to help de-clutter phones’ messaging inbox and improve their value with a daily utility app.

Founder Apurv is the guiding force behind the team and the SmartSMS product. Having worked with Naukri.com and Capital Advertising before starting up, his expertise includes conceptualisation, innovation, deal-making and early scaling. Vivek, who has around 13 years of experience in the corporate world, leads the tech for SmartSMS. Nitin met Apurv at Naukri and has worked with Info Edge, Way2Online and SVG Media before starting SmartSMS. Gaurav Monga, a founding team member, heads partnerships with original equipment makers, brands and agencies.

“All of us have been together from the start,” says Apurv. Delhi-based SmartSMS currently has a team of 50 members.

The objective of SmartSMS is to offer an 'enhanced user experience for the SMS inbox'. And to do that, the innovations included categorisation of messages, the ability to copy an OTP with one tap, easy consumption of messages from banks with a passbook-like experience, and creating events based on movie, train, flight tickets and for EMI payments.

“We have been actively engaging with users, listening to their suggestions and including their feedback with each update. This has also helped us improve retention on the app with each version,” says Apurv. SmartSMS today has over 250,000 users, and users spend over 20 minutes a day on the app.

Adding the smart to sorting

SmartSMS utilises Artificial Intelligence and Machine Learning principles to categorise messages and block spam. The app also understands what users identify as spam messages and adjusts its messages according to user preferences.

The app, Apurv explains, can ‘read’ and understand messages from almost all Indian banks, credit cards companies and wallets to create a passbook-like experience of all transactional messages. The module continuously trains on different data sets reported daily.

The app also looks at user personas and behaviour on it to understand the kind of features they users might like. This data and the insights from it are used to acquire relevant users to optimise on marketing costs. SmartSMS has a co-creation approach, where users become product managers to help the company innovate and refine features.

Each upgrade of SmartSMS goes through a process of in-house ideation, research, co-creation, development, testing and release. For each release, users can give feedback through reviews, emails, and in app surveys. The product team then evaluates and ideates features that would impact most users.

The team also engages users over email, chat and phone calls to understand their requirements in detail. Typically, a beta version of the app is created and shared with around 100 users for feedback - these are users who have downloaded the app and are contacted directly - over a period of 10-15 days. The app is fine-tuned based on the feedback before it is released for general users. The release version is then gradually rolled out to all users over a period of 15 days.

Close to 75 percent of SmartSMS users transact online and offline, 45 percent are regular shoppers, 30 percent spend on movies, and 20 percent have made travel bookings. On average, a SmartSMS user uses a phone worth $400, the founders say.

The core value of the app is sorting and organising messages and giving a great experience of daily utility app. “Users love the simple features like OTP notifications or the finance section, which let them see their account balances across bank accounts at a glance,” says Apurv.

The app personalises all banking transactions and ensures they are password protected.

SmartSMS is currently focused on building a community of highly-engaged and high-value-transacting users. The aim is to become the ultimate platform for user engagement to make accurate and relevant recommendations and facilitate transactions with high conversion rates, says Apurv. It is also looking to build a large recommendation engine, which will drive the business through advertising. The company did not disclose its investment, or revenue.

“We raised a strategic seed round from Times Internet – the digital wing of the Times of India group. We are also in early stages of discussion with other investors for a larger round as our initial traction is encouraging,” says Apurv.

The business is directly tied to in-app advertising, which, according to Market Research Future, is a $109 billion market globally and projected to double to $218 billion by 2023. India is a $10 billion advertising market, of which digital accounts for $2 billion. SmartSMS is betting on increased future engagement with customers and will look to monetise its business as the number of its users grows. The future is smart because of data, and the SmartSMS team believes the future lies in understanding the usage patterns of its customers.